Profile: Caring for the displaced 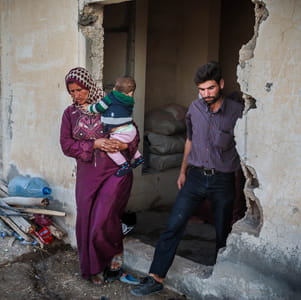 AN estimated 65 million people across the world have been forced from their homelands in recent years due mainly to war and other conflict – roughly equivalent to the entire UK population. This has created more than 22 million refugees worldwide, according to the British Red Cross. More than half (55 per cent) come from just three countries: Syria, Afghanistan and South Sudan.

A small (some might say too small) number make their way to Britain as refugees and asylum seekers. Many of these displaced people will be suffering from a range of untreated conditions, including TB, hepatitis, HIV and other infectious diseases, not to mention the lasting psychological effects of war and violence either experienced or witnessed.

A typical example might be Ruth who is a 26-year-old Eritrean asylum seeker. Before fleeing her country she was a victim of rape and torture and has been “sofa surfing” for months among the Eritrean community in London. Ruth is pregnant and hepatitis B positive and suffering with PTSD (post-traumatic stress disorder) and severe depression.

GP Dr Shazia Munir is well acquainted with the difficulties faced by patients like Ruth in accessing proper healthcare. She is the clinical lead of a London-based specialist primary care service for destitute refugees and asylum seekers who have found it difficult registering with mainstream general practice. The Health Inclusion Clinic operates two days a week out of the Pavilion Medical Centre in Brixton and is part of the Health Inclusion Team at Guy’s and St Thomas’ NHS Foundation Trust.

In May of this year the clinic was awarded Primary Care Team of the Year at the annual BMJ Awards for having a “substantial effect on the health and wellbeing of the wider community through a specific project”. Recently I spoke to Dr Munir (below left) – who is currently on maternity leave – about the work of the clinic, and also her colleague Dr Emma Preston (below right) who is acting clinical lead. 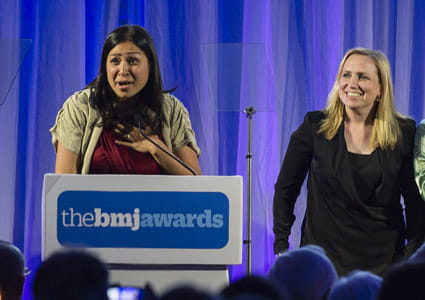 Refugees and asylum seekers often face serious barriers in accessing primary care in the UK. Says Dr Munir: "A lot of it is not knowing the system. They are in a new country and there is a general fear of authority, perhaps from experiences in their own countries. There is also the language barrier. But I think one of the biggest issues is receptionists in GP practices asking for documents that patients don’t actually need."

NHS England operating principles state that anybody may register and consult with a GP free of charge. Patient identification and proof-of-address are not required. It is only for secondary care that a patient may be required to be "ordinarily resident" in the country or in possession of an exemption from NHS charges, such as those granted refugee status or asylum seekers.

Yet a survey carried out among patients attending the Health Inclusion Clinic found that 54 per cent had been turned away from GP practices. Another study by the charity Doctors of the World found that 94 per cent of refugees and asylum seekers reported difficulties in accessing healthcare.

"A lot of our patients are transient," says Dr Munir. "They don’t have a home and they don’t have money. Maybe they’re sofa surfing or staying with a community member one day and another day somewhere else, on a mosque or church floor…They may worry that without a fixed address they won’t be able to register with a GP."

The Health Inclusion Clinic was set up to address the specific problems faced by this patient group. The clinic attracts patients from numerous sources.

"Solicitors may refer to us because of previous experience with clients, and sometimes we get self-referrals from patients who have heard about us from friends in the community," says Dr Emma Preston.

"London is a particular draw because of the numerous multicultural communities," adds Dr Munir. "We are also quite well known among charities working with this patient group, and we are part of the wider Health Inclusion Team at Guy’s and St Thomas’. They work in drop-in centres and soup kitchens and places like that. So if they pick up a homeless refugee they will signpost them to us."

Patients attending the clinic get a comprehensive health check and screening with a full blood work-up. Says Dr Munir: "Thirty per cent of our patients are positive for latent TB. Not only do the patients come from higher-risk countries they also experience social deprivation which can lead to higher rates of TB. We also screen for blood-borne viruses and other infectious diseases, as well as vitamin D deficiency and diabetes."

Mental health is also a serious issue in refugees and asylum seekers, with many suffering from PTSD. Research has shown that 72 per cent have a history of rape/torture, 61 per cent suffer significant mental health problems and 18 per cent have attempted suicide or experienced suicidal ideation. The clinic can help patients seek treatment to deal with these issues.

Patients will also see a case worker who can offer help with social issues, such as finding housing, liaising with solicitors, registering with a general practice, accessing free prescriptions and dental care, or signposting people to soup kitchens or where they can get food and clothing. "Our case workers are brilliant," says Dr Munir. "One is a refugee himself."

But the ultimate aim is to transfer patients into mainstream general practice with a comprehensive health summary and a record of ongoing treatment needs.

Among the perhaps less tangible benefits of the Health Inclusion Clinic is a particular understanding of the refugee experience. Dr Munir started working with vulnerable migrants after finishing her GP training in 2010. She spent time in a Ugandan refugee camp as part of a diploma course in tropical medicine and hygiene and on her return volunteered at a clinic for refugees and asylum seekers run by Doctors of the World, as well as writing medico-legal reports for the charity Freedom from Torture. Dr Preston also started as a volunteer and has taught primary care in Nepal.

"Often the asylum system can be long and protracted and people get stuck in it,” says Dr Munir. "It’s horrible for a lot of our patients – waiting in limbo for such a long time. They are not allowed to work and are only given a minimal amount of money to live on, so they can’t start rebuilding their lives. One of our patients works as a volunteer in one of the soup kitchens because he used to be a chef. He cooks every week. I can see that’s the thing he lives for – just to be able to cook for people and see them get joy from his cooking. On other days he’s really depressed."

Sometimes the scale of need can seem overwhelming as the flood of displaced persons into Europe and the UK grows year on year. In the first quarter of 2017 the total number of asylum seekers including dependants receiving UK government support was 39,365, an increase of 10 per cent over the previous year.

Says Dr Preston: "We would love to be open more days, to expand and take more referrals as it is likely there are many more patients who could benefit from our service. Unfortunately, within the NHS there are limitations in funding and space available to us, but we hope we can move forward with this in the future."

Among those vulnerable migrants who are seen by the clinic there is almost universal gratitude – as expressed by one patient.

"You give me hope. You are the family I didn’t have for a while." 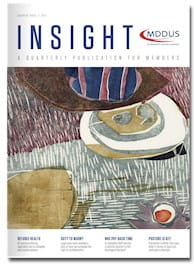