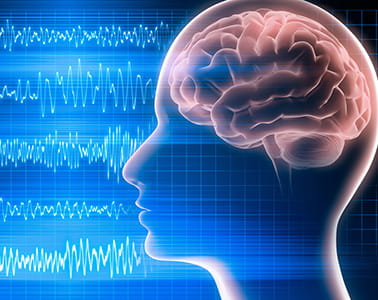 EPILEPSY can be notoriously difficult to diagnose. The most obvious symptom is a seizure but other conditions, such as migraine, panic attacks or vasovagal syncope, can present with similar symptoms.

Patients having repeated seizures will normally be assessed using an electroencephalogram (EEG) and other tests, such as magnetic resonance imaging (MRI) scans. An EEG captures waves of electrical activity that the brain generates which change shape and size when a seizure occurs, and clinicians can use these patterns to confirm a diagnosis of epilepsy.

“The trouble is that it can take months or years for a seizure to be recorded on the EEG,” says Dr Wessel Woldman and Professor John Terry, co-founders of the digital health firm Neuronostics.

“Often, we don’t capture one. What does this mean? The person doesn’t have epilepsy, or just that we haven’t observed a seizure?”

In a recent blog for Epilepsy Research UK, the two scientists discussed a technology they have developed to improve the diagnosis of epilepsy. It’s called BioEp and is a digital biomarker – one of many now being developed in an emerging field of medical technology.

The US Food and Drug Administration defines a biomarker as a “characteristic that is measured as an indicator of normal biological processes, pathogenic processes, or biological responses to an exposure or intervention, including therapeutic interventions”. Common examples include pulse or blood pressure, or blood tests to detect elevated white blood cell counts in infection.

Digital biomarkers can be defined as “objective and quantifiable physiological and behavioural data that are collected and measured via digital devices”.

This includes a wide range of data such as glucose levels measured by wearable sensors or pulse rates monitored by smartwatches matched to physical activity. Even how you type on your smart phone or tablet can be analysed as a digital biomarker.

A company in the US, nQ Medical, has developed a technology that analyses the way fingers interact with smartphones and computers to help detect the presence of neuromotor and neurocognitive conditions, such as Parkinson's disease, amyotrophic lateral sclerosis, Alzheimer’s disease and multiple sclerosis.

Digital biomarkers can also be developed by interrogation of data from standard investigative technologies such as EEGs. An EEG records brain activity by using a net of electrodes attached to the scalp which measure voltage fluctuations within the neurons of the brain. These generate the brain waves visible in an EEG recording.

BioEP works by transforming short segments of routinely acquired EEG, or epochs, into a mathematical model that can simulate brain activity and how it transitions from healthy to seizure states. Using a database of EEG recordings from people with and without epilepsy, the researchers have created a computer model.

“We can use EEG recordings that are routinely collected in clinic to inform how different regions of the brain within the model are connected,” say Woldman and Terry.

“This ensures our model is now personalised, reflecting the individual being studied. We use computers to perform simulations of this model and the output is signals that look like EEG. From these simulations, we can determine how easy it is for seizures to occur and give this a value between 0 and 1. This seizure risk score… can be evaluated using just a few seconds of seizure-free EEG. Essentially BioEP can be calculated from almost any EEG.”

Currently it takes more than a year on average to diagnose epilepsy as the majority of diagnostic EEGs do not capture epileptiform activity, so multiple tests are required to confirm a diagnosis. BioEp thus has potential to reduce diagnostic delay and improve quality of life for patients.

Misdiagnosis is also a problem. One observational study of 223 children admitted to hospital with suspected epilepsy found that 39 per cent did not have the condition, even though 30 per cent of those were referred “without any doubts” about the diagnosis. The study further reported that 40 per cent of children without epilepsy were treated with antiepileptic drugs.

BioEP offers the potential to predict a high likelihood of a person having a seizure, allowing doctors to make an urgent referral for more tests and to have more certainty around prescribing medication.

Neuronostics was spun out of the University of Exeter in 2018. In 2020, it was awarded £870,000 of funding as part of an AI in Health and Care Award from the National Institute for Health and Care Research (NIHR). This has funded the development of software to bring BioEP technology “safely and securely into the clinic”.

It has also supported development of an app capable of receiving data from a wireless EEG headset. The technology will allow people at home to record EEGs and generate a BioEP score using their smartphone in order to monitor treatment efficacy.

The potential of digital biomarkers like BioEp is vast and attracting growing interest from investors. The global digital biomarkers market size was recently estimated at $1.57 billion dollars in 2021 and is expected to reach over $14.58 billion by 2030.

This is not surprising given the significant potential to enhance diagnosis and treatment in many common chronic conditions.

Shwen Gwee, Vice President and Head of Global Digital Strategy at Bristol Myers Squibb recently commented in Forbes magazine: “In the future, digital biomarkers could enable preventive care even before symptoms of disease present themselves.

"This could not only help with early identification of a medical condition before it starts to interfere with a person's lifestyle, but perhaps, it could even help prevent further progression of the condition.” 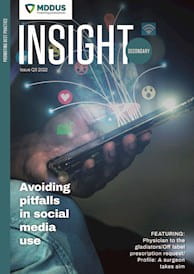