From Alzheimer to Zenker, Dr Allan Gaw explores the world of medical eponyms 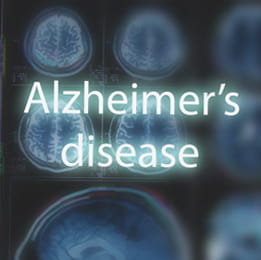 THERE is a comet stitched into the heavens of the 11th century Bayeux tapestry. It is now known to be a regular visitor to our skies, but while the comet had been observed many times by the ancients, it was the Astronomer Royal, Edmund Halley, who is first believed to have predicted its periodic return to our skies. He did not live to see the comet reappear and to have his calculations vindicated, but when it arrived on cue it was named after him in 1759. An apostrophe secured the deal, and what goes around comes around; in Halley’s case, roughly every 76 years.

It is all too easy to be possessive. Discovery often implies ownership and those who first describe a disease, a phenomenon or, in Halley’s case, a comet, have in the past been honoured with not just their name being applied, but they have also been granted the deeds of ownership that come with an apostrophe S. In the world of medicine, those such as Asperger, Duchenne, Burkitt, Grave and Addison, as well as many others, took possession of diseases from which they never suffered, but which they are credited as first describing.

Cushing, Crohn and Alzheimer are just three examples of very well-known medical eponyms. Harvey Cushing was an American neurosurgeon who described what would become his eponymous disease of the pituitary in 1912. Burrill Crohn was an American gastroenterologist who published details of patients with his inflammatory bowel disease in 1932. And, Alois Alzheimer was a German psychiatrist and neuropathologist who first described an ‘unusual disease of the cerebral cortex’ that led to the premature death of a patient in her mid-50s in 1906. Meanwhile, some physicians’ names were given to more than one condition, including German pathologist Friedrich Albert von Zenker (Zenker paralysis and Zenker diverticulum) and his fellow countryman and paediatric pathologist Wolf W Zuelzer (Zuelzer syndrome, Zuelzer-Ogden syndrome and Zuelzer-Kaplan syndrome).

Of course, in medicine it isn’t just diseases that bear the names of the famous. When it comes to examination we have a whole medical dictionary of clinical signs named after their exponents, from an Adie’s pupil to Beau’s Lines and Osler’s Nodes. And then, there are tests. I am sure I am not alone in long-believing that the Apgar Score for assessing neonatal well-being was a clever acronym, only to discover we owe that particular one to Virginia Apgar, the American obstetric anaesthetist who devised the scoring system in the 1950s.

Apostrophes, however, do have a habit of disappearing over time and taking the ownership they signify with them. Mr Charles Henry Harrod’s department store in Knightsbridge has lost its apostrophe, as has Mr John Boot’s chemist shop and, much more recently, Mr Tim Waterstone’s bookshop. Possession evaporates with rebranding and the same is happening in medicine. Today, we are as likely to see eponymous disease names written either with or without the apostrophe, or even without the additional letter S altogether. For example, Crohn’s, Crohns and Crohn Disease have all become synonymous in the literature.

The main argument against the use of eponyms is that they are unhelpful for both clinician and student, telling us nothing of any clinical import about the disease/test/ sign in question. For example, unless you are a 1930s baseball fan, amyotrophic lateral sclerosis tells you much more about the underlying pathology than its eponym, Lou Gehrig’s disease. That one, however, at least bears the name of a patient rather than a physician.

Indeed, a common criticism is that merely describing a disease that you have never suffered does not constitute ownership. The corollary, however, seems equally quaint: just because you contract a disease, one that many others before you have also suffered, you can hardly take possession of it. But perhaps we are being unfair to the physicians and scientists in question for they rarely, if ever, called their diseases after themselves, and the conferring of the eponym was usually left to others.

Particularly in medicine, this issue of eponyms has been debated for many years. A generation ago one conference of the Canadian National Institutes of Health proposed: “The possessive use of an eponym should be discontinued, since the author neither had nor owned the disorder.” More recently, both the WHO and the American Medical Association have argued for the elimination of possessive eponyms.

For some, however, the use of eponyms does add colour and perhaps a sense of history to medicine. Perhaps we should honour those who have laid the foundations of our subject. But, if we are going to go to the bother of memorialising those who first described a disease, perhaps the least we can do is offer them the nicety of some punctuation to go with it.

Allan Gaw is an educator and writer based in Scotland 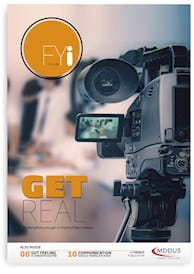