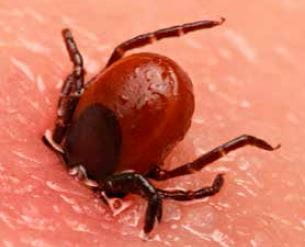 LYME borreliosis (previously Lyme disease) is caused by a tick-borne spirochete and is an important zoonosis seen with increasing prevalence in Scotland and parts of England, including the New Forest. Primary Lyme borreliosis can easily be prevented by tick removal and the rash cured with antibiotics but the secondary disease has a gathering clinical reputation as a rare multi-system mimic.

Lyme disease was first described as an outbreak of juvenile arthritis in Lyme, Connecticut, in the USA in 1975. It has subsequently become widely prevalent across Northern Europe along with other tick-borne diseases, including viral tick-borne encephalitis (not yet reported in the UK). In Scotland approximately 200 people per year have new positive serology1 but there is a much greater disease burden being reported by GPs who make the clinical diagnosis of erythema migrans (see below). The exact prevalence of erythema migrans2 is uncertain because the Lyme serology is negative. GPs, A&E, out-of-hours and relevant specialists all need to be aware of the presentations of Lyme borreliosis. 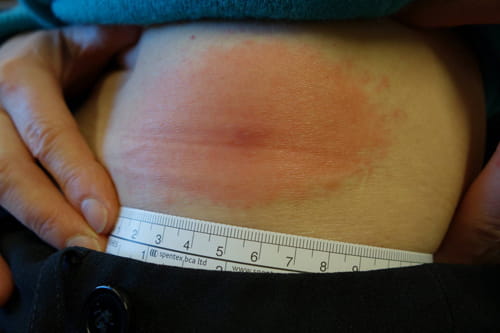 A survey of Scottish blood donors (n=1440) showed 4.2 per cent positive Lyme serology3, although with regional variations in prevalence north and west. Highland has the highest percentage of seropositive donors at 8.6 per cent. The interpretation of these data is difficult but may indicate recovery by human host immunity in the healthy population of Scottish blood donors, who may be more likely to engage in outdoor activities. There are no case reports worldwide for transfusion transmitted Lyme borreliosis.

In Scotland, the Ixodes ricinus ticks transmits the Borrelia spirochete by attaching to the human host and injecting its stomach contents over about 24 hours. The tick can be widely distributed in affected areas including moorland, gardens and picnic sites4. It lives at ground level in bracken and grass, being passed around by rodents, birds, deer and sheep. The ticks attach themselves to humans on legs, behind the knees, in groins, armpits and the natal cleft; thus the patient may not recall a tick bite or rash. There is seasonal prevalence with peaks in spring and autumn. The ticks have a two-year life cycle.

The growing interest in countryside pursuits such as walking and camping may have increased the prevalence of Lyme borreliosis in humans. Occupational groups including forestry, estate, ecologists and outdoor instructors are at particular risk of infection. 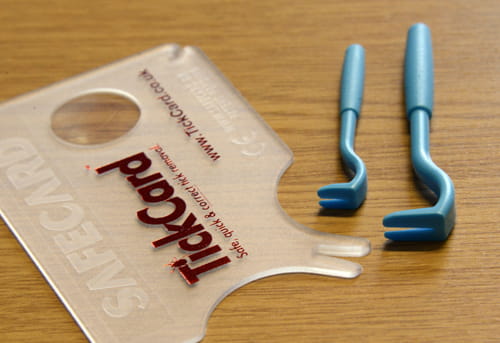 Prevention of tick bites is the best way of avoiding Lyme borreliosis and an important public health message. Walkers should be encouraged to stick to paths and dress well-covered to prevent access to skin (e.g. trousers tucked into socks). Both children and adults should be checked for ticks after outdoor activities, especially in the hair and behind the knees. Ticks should be removed promptly with a special plastic removal tool (left) and not with fingernails or ordinary tweezers.

Tick bites do not always result in borreliosis: at worst only 10 per cent of ticks are affected. Proper and prompt removal effectively eliminates the chance of Lyme borreliosis.

A rash on the legs or arms after exposure to ticks may be erythema migrans. Urban GPs need to consider late Lyme borreliosis in people with neurological or joint symptoms having returned from UK or other Northern European hotspots. Around 70 per cent of patients will give a clear history of tick bite and rash.

The classic bull’s-eye rash of erythema migrans can be seen but this will evolve over days to coalesce into a red area around the tick bite site and may persist or begin to fade. The patient may be unable to adequately see their rash behind the knees or in skin folds. Allergic reactions to flying insect bites will usually be raised in contrast to erythema migrans. Lyme serology is unhelpful in diagnosing erythema migrans which is an entirely clinical diagnosis.2

Antibiotics should not be prescribed prophylactically for a simple tick bite. However, give 2-4 week courses of doxycycline 100mg bd when the diagnosis is erythema migrans. Patients should be encouraged to take photographs of their rash and GPs should actively follow-up uncertain rashes with their own photographs. Doxycycline can be nephrotoxic with poor renal function and reference can be made to the current BNF for alternatives.

In secondary Lyme borreliosis the diagnosis may be challenging. A clear history may be lacking apart from presentation of new central nervous system (CNS) or joint symptoms in someone who has been engaged in outdoor activity in an infected area. Brushing through bracken, kneeling in the garden or sitting in the grass in a picnic site should raise a clinical possibility. In contrast, where walkers have kept to hard surface paths, Lyme borreliosis is less likely.

New onset cranial nerve palsy including Bell’s palsy should raise suspicion of Lyme borreliosis in Scotland or other hot spots. Swelling of the face and redness make infection more likely in facial palsy with positive serology. The fit elderly who garden or walk in affected areas have recently been giving unusual presentations of Lyme borreliosis and unexpected toxic confusion should raise the possibility in a differential diagnosis list.

Sensory and motor symptoms which suggest multiple sclerosis should also prompt consideration of Lyme borreliosis in the history and differential diagnosis, as should new onset mono-arthritis in knees, ankles or wrists which could be attributed to Lyme arthritis.

Blood tests can be difficult to interpret as they record previous exposure. However, a rise in titre might suggest a recent infection. Cerebrospinal fluid (CSF) can be tested using PCR techniques but there is a general acceptance that we need better tests for Lyme borreliosis.

Treatment of secondary Lyme borreliosis involves prolonged courses of IV antibiotics to eradicate the bacteria. However, profound tiredness and continued CNS symptoms seem to persist suggesting a prolonged inflammatory response in the body and CNS in particular. This can make patients quite challenging as they expect a cure and are typically previously healthy “outdoor people”. They can feel angry with medical uncertainty.

In secondary Lyme borreliosis a diagnosis may be obvious with hindsight and blood tests but this represents considerable risk with regard to accusations of delayed diagnosis. Patients in at-risk occupational groups and those returning to urban GPs 4-8 weeks after a camping weekend need continued clinical vigilance.