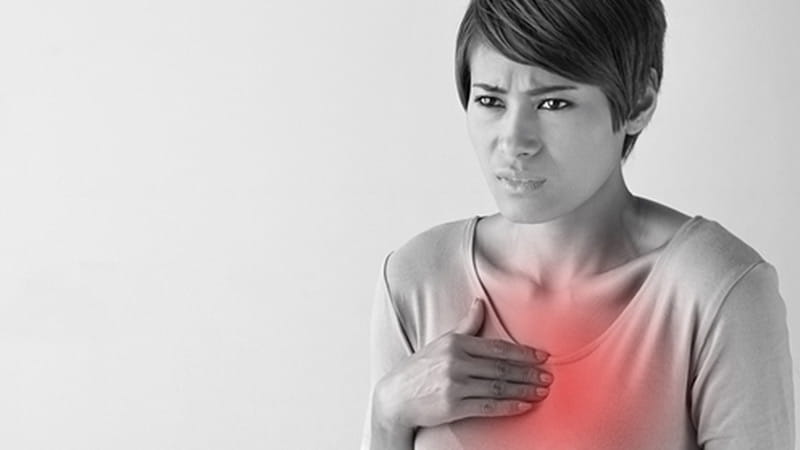 PULMONARY embolism (PE) is a serious, common and frequently preventable condition that has potentially devastating consequences for the patient and their family. It is responsible for an estimated 60,000 deaths per year in the UK1 and is the most common cause of maternal death in otherwise healthy young women2.

Although the incidence of clinically diagnosed PE has been reported at 3-4 per 10,0001, it is likely that the true incidence is much higher, as the diagnosis is frequently missed. When formally investigated, PE was suspected clinically in less than 50 per cent of patients subsequently found to have died from the condition3.

As the clinical diagnosis of PE and DVT is unreliable, these potentially devastating clinical conditions represent a significant medico-legal risk to doctors. To attenuate this risk, clinicians must have a low threshold of suspicion for PE and a coherent plan to investigate and treat any patient with a possible venous thromboembolism (VTE).

The best way to avoid the sequelae of PE is clearly prevention. All UK hospitals are now required to assess the risk of VTE in admitted patients, with most receiving prophylactic low molecular weight heparin (LMWH) and compression hosiery. LMWH prophylaxis is known to reduce the risk of hospital-acquired VTE and should be given routinely unless contraindicated. It is also important to appreciate that common risk factors such as immobility, malignancy, pregnancy, the oral contraceptive pill and obesity persist long after discharge. Increasingly, doctors prescribe VTE prophylaxis in the community, particularly for patients recovering from oncological surgery and high-risk orthopaedic procedures.

Failure to consider prolonged prophylaxis following hospital discharge may put the patient at unnecessary risk, and expose the doctor to litigation. Even with exemplary primary prevention strategies, some patients will develop VTE; as such, there should be a low threshold to assess, investigate and treat.

Shortness of breath, usually of sudden onset, is the most frequently reported symptom in patients with confirmed PE (present in 80 per cent of cases), followed by pleuritic chest pain (52 per cent), cough (20 per cent) and syncope (19 per cent). On examination, tachypnoea is found in 70 per cent of patients, along with tachycardia (26 per cent), signs of DVT (15 per cent) and cyanosis (11 per cent).

The challenge for clinicians is to identify which patients presenting with these non-specific symptoms merit further investigation. The Simplified Geneva Score4 allows a more objective assessment, and can minimise the risk of missed cases and potential harm. The score is comprised of risk factors (such as active cancer or recent major surgery) and clinical signs (heart rate, lower limb tenderness etc), and allows the clinician to stratify risk. Patients who have a negative D-dimer assay and who are classified as ‘low risk’ on the Simplified Geneva Score have a maximum 3 per cent likelihood of PE.

The symptoms and signs of both DVT and PE are almost always non-specific, and could represent a number of possible diagnoses, particularly post-operatively. Relying on clinical assessment alone may lead to serious errors and potential medicolegal claims.

Initial assessment depends on whether the patient is haemodynamically stable:

• Suspected PE in a shocked patient. CT pulmonary angiogram (CTPA) is the appropriate initial investigation in all patients with suspected PE. However, if the patient is shocked, bedside echocardiogram avoids the inevitable delay in transferring the patient to the radiology suite. This will identify the acute pulmonary hypertension and right ventricular overload characteristic of large PEs and should be sufficient to confidently initiate treatment. Alternative diagnoses such as cardiac tamponade, acute valve failure or aortic dissection may also be excluded. CTPA can then be used to visualise thrombus and confirm the diagnosis once the patient has been stabilised.

• Suspected PE in a haemodynamically stable patient. In low probability patients a D-dimer assay can be used to refine the clinical risk of PE. A normal D-dimer has a strong negative predictive value, and in combination with low clinical probability can be used to avoid unnecessary further investigation. Hospital inpatients have a ‘high’ probability of PE in any event and CTPA should not be delayed in these patients. In patients where there is a contraindication to contrast CT (such as renal failure or contrast allergy), ventilation perfusion lung scanning may be a useful alternative. Although only 30-50 per cent of patients with PE have evidence of DVT on full investigation, duplex ultrasound imaging of the deep veins in the legs is an additional, appropriate investigation for patients with suspected PE who cannot have CTPA.

• Treatment of PE in the shocked patient. Severe hypotension due to PE is a medical emergency, and any delay in treatment increases the risk of mortality. Vigorous resuscitation, thrombolysis and (in most cases) urgent transfer to the intensive care unit are essential. Thrombolysis rapidly improves haemodynamic function, and is most effective when administered within hours of the onset of symptoms. In modern practice, pulmonary thrombectomy is usually reserved for patients who have contraindications to thrombolysis such as recent surgery, any bleeding risk or recent stroke.

• Treatment of PE in the stable patient and secondary prevention. As soon as the diagnosis is considered likely, LMWH at a full anticoagulant dose should be administered without delay. Under these circumstances, the inevitable delay in arranging CTPA to confirm the diagnosis does not put the patient at risk of further PE. Traditionally, Vitamin K antagonists (usually warfarin) have been prescribed concurrently, with a target INR of 2-3. Once this has been achieved, subcutaneous LMWH can be withdrawn. Novel anticoagulants (predominantly the Factor Xa inhibitors ‘xabans’) are now replacing warfarin as they do not require the same costly and inconvenient monitoring. In most cases, anticoagulation should be continued for 3-6 months to reduce the risk of VTE recurrence.

As with all treatments, experienced clinical judgement is required to assess the individual patient’s risk and benefit, and to advise the patient and their family whether shorter or longer periods of anticoagulation should be considered. 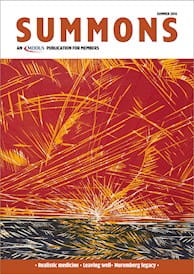