Feature: How the physician to the gladiators became the father of modern medicine

Allan Gaw tells the story of Galen, the legendary doctor who changed the face of medicine 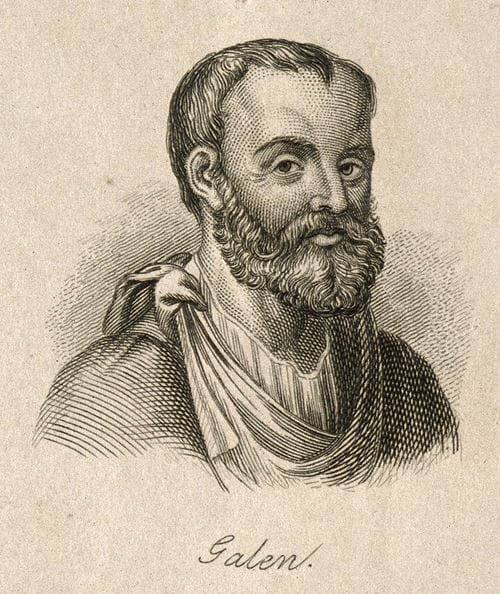 ALMOST 2,000 years ago an elderly physician died in Rome. His life had been long and his output prodigious. Indeed, this man had not only been the personal physician to the emperors, he had also written more than anyone else in antiquity. And it was these writings that changed the way medicine would be taught and practised and how we would acquire new medical knowledge for the next 1,500 years. His name was Claudius Galenus or, as we now know him today, Galen.

Born into a wealthy family in Pergamon (now modern day Turkey) in 129 CE, Galen grew up in the Roman Empire at the height of its power. He was originally destined to be a politician or a philosopher, but his father is said to have received instruction in a dream from the Greek god of medicine to have his son trained in the healing arts.

Thus, at the age of 16, Galen began his medical studies in Pergamon, which at the time was a cultural and intellectual centre of the ancient world. Three years later, in the midst of his studies, his father died prematurely and Galen suddenly found himself independently wealthy.

Physician to the gladiators

Using his new-found resources, he decided to tour the ancient world in order to expand his medical knowledge and experience. He visited several centres of learning including Smyrna, Corinth and lastly Alexandria. At the age of 28, he returned home and was appointed to the prestigious post of physician to the gladiators. This role allowed him access to the mutilated fighters, both living and dead, and to further expand his knowledge, especially of human anatomy and the management of trauma.

When the gladiatorial games were suspended due to war some four years later, Galen decided to travel to Rome. There, he found fame and success, eventually becoming the personal physician to the imperial family. He continued to practise, write and move in the highest tiers of Roman society until his death in around 216 CE.

Even in his own lifetime, Galen was something of a medical superstar, but his prolific writings were to be his legacy. He is thought to have written around 600 books, of which only around one third survive. He wrote extensively about medicine covering such topics as trauma, dermatology and nutrition. However, his works on drug treatments are amongst the most widely studied and arguably of greatest significance today. Not only do they allow us to glimpse the medical practices of Ancient Rome, but they also allow us to see into the mind of a thoughtful practitioner who was working on the threshold of scientific medicine. But, of course, Galen was not only working in this new milieu, he was also helping to create it.

Like many works of antiquity, Galen’s books were first translated from their original Greek into Syriac and then Arabic by middle eastern scholars. From the Arabic, the books were translated into Latin and spread back through Europe. Thus, Galen’s works were widely read in the Arabic world and through second or third-hand Latin translations in the West for most of the Middle Ages. Indeed, they formed part of the core curriculum in most European medical schools but by the Renaissance their authority was being questioned.

By the mid to late 17th century Galen’s works were no longer taught at the European medical schools. In parallel with the upheaval in medical practices in the 18th century, there was a corresponding overhaul of medical education. Medical curricula were changing to accommodate new subjects such as chemistry, botany and physiology. While the classic texts such as those of Galen would still be available and might still be read, they no longer formed part of the core syllabus.

Lessons from the past

Today the study of Galen and his works is the realm of the medical historian and the classicist, but as always there are lessons to be learned from the study of the past.

In addition to being a practitioner, Galen was also a theoretician and the relative importance of the two was a theme in many of his writings. In his book, On Medical Experience, Galen makes a number of arguments for the value of personal observation over theory, but perhaps most convincingly he uses two examples that are immediately familiar to readers.

First, he evokes a piece of hard-won experience that most can relate to — the hangover. He reminds us that men “do not feel bound to examine into the nature of wine… they know perfectly well that too great indulgence in drinking wine is harmful.” Put simply, if you have ever drunk to excess, you do not need too much theoretical understanding of the metabolic effects of alcohol on the human body to appreciate its toxicity. Personal, practical experience can be a much better teacher than reading any biochemistry textbook.

“And so it is with mushrooms,” he continues, as he draws upon another potential form of poisoning. “[The] learned man… knows their nature,” he states, “but if any mushrooms are placed before him, he does not know which are edible and which are not, whereas the country-dwellers can distinguish between them since they are familiar with them and see them constantly.” Just as with alcohol, when it comes to the toxic properties of fungi, theory is a poor teacher when compared to experience.

The birth of clinical trials

However, as well as advocating a general reliance on experience over theory, Galen also recognised the importance of systematically gathered objective evidence over personal anecdote. With this in mind, he put his ideas into action and indeed is regarded as one of the earliest clinical trialists.

In his writings, he describes in detail some of his own clinical experiments. Despite these vivid examples, elsewhere in his writings, he was also able to present equally compelling arguments for the pre-eminence of theory over practice, and his works, though extensive and varied, draw upon both.

The thread running throughout his vast work is therefore his recognition of the importance of both theory and practice. He was a practitioner of medicine and surgery, but he was also a researcher, reliant on both the theoretical work of his forebears, such as Hippocrates, and his own experiential learning and experimental research.

As one of his principal modern-day translators concludes: “In the ancient conflict between theory and practice, Galen wishes to lay claim to the best of both worlds.”

Today, as well as being hailed as the father of modern medicine, Galen is paradoxically often seen as a force that held back its progress, especially because of his adherence to, and elaboration of, the Hippocratic humoral theory of disease. Indeed, his translator states: “If the name Galen is mentioned at all today, it is seldom in tones of respect. His medical system is an outdated curiosity; his was the terrible dogmatism that held up the course of scientific research for centuries.”

However, he goes on to conclude that this opinion is “based upon a misconception as well as a fallacy: the former, to confuse Galenism — the regimented system of thought… — with Galen; the latter, to blame Galen, as if endowed with the capacity posthumously to bully his posterity, for the uncritical attitude towards him and his successors.”

As such, the problem was not with Galen himself, but with his unquestioned authority. His thoughts on the humoral theory and even glaring errors he made in his understanding of human anatomy went completely unchallenged for 1,400 years.

In the latter cases, medieval scholars who performed their own dissections were forced to conclude that human anatomy must have changed since Galen’s era rather than admit the possibility that the great man might have been wrong. But Galen would have been the first to challenge his own beliefs, writing: “I will trust no statements until I have tested them for myself,” and concluding: “the surest judge of all will be experience alone.” Such a sentiment is surely as relevant in modern clinical practice today as when it was written over 1,800 years ago.