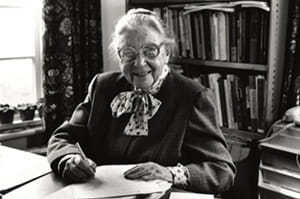 ALTHOUGH remembered now as one of the most honoured female scientists in the UK and a ground-breaking nutritionist, Elsie Widdowson towards the end of her life was keen to point out the convoluted professional journey she had taken. “Nutrition as a subject did not exist when I started. I have been a chemist, biochemist, plant physiologist, medical researcher and a physiologist.”

She was born in Edwardian England and raised during the First World War in a modest home in Dulwich. Her father was a shopkeeper and her mother a dressmaker, and Widdowson and her younger sister cycled to Sydenham High School each day. Both sisters were academically gifted, and both went to university to study sciences. Widdowson opted for chemistry while her sister trained as a physicist.

After she obtained her first degree at Imperial College, London, Widdowson stayed on to continue her studies for her PhD. There she analysed the composition of sugars in developing apples, and indeed much of her early work involved meticulous biochemical laboratory work on plants.

During her post-doctoral work, she was advised that dietetics was a developing field which might offer her employment. She noted: “I didn’t really want to be a dietitian but jobs in research were hard to come by for beginners in the early 1930s.”

Widdowson enrolled on a postgraduate course at King’s College Hospital and it was there that she would first meet her lifelong research partner, Robert McCance. He was a junior doctor at the time and Widdowson had no compunction in pointing out that his methods for estimating the carbohydrate content of fruits were erroneous.

He clearly recognised her qualities as a scientist immediately because, instead of taking umbrage, he arranged for a grant to fund her to work with him on correcting his data. Thus began a scientific partnership that would last the next 60 years and transform the study of nutrition and dietetics.

McCance and Widdowson complemented each other scientifically and, in particular, she brought her consummate experimental skills to the partnership, as well as her meticulous attention to detail. Their names are forever linked in nutrition circles because of their work on what has become the bible of dietary analysis—McCance & Widdowson’s The Composition of Foods.

These food tables, now in their seventh edition, were formulated from the results of thousands of labour-intensive analyses and first published in 1940. They quickly became the core database for dietetic practice throughout the world and their timely publication meant they could also inform government policy on wartime rationing.

At the outbreak of the war, McCance and Widdowson, having moved to Cambridge the year before, turned their efforts to understanding the impact of food rationing on the British public. To test whether the meagre allowances could sustain health, she and the team rigidly adhered to the rations for three months. They reported no problems but questioned whether those expending much greater energy than scientists might be less fortunate. To address that issue, the team hiked through the Lake District in winter for 10 days eating little more than brown bread.

Such an experiment typified Widdowson’s pragmatic approach to research and her frequent self-experimentation. While conscious of the information that could be provided by animal studies, Widdowson was highly critical of those who tried to answer questions of human nutrition only by studying mice.

During the war, she and her colleagues also studied the nutritional content of the British loaf. They were concerned about the available calcium in bread and Widdowson’s work led to the fortification of most bread with calcium carbonate—a practice that continues to this day.

After the war she consulted on the dietary requirements of the Nazi concentration camp survivors and worked in Germany for three years on childhood nutrition. Later she would become the President of the Nutrition Society, a Fellow of the Royal Society and in 1993 a Companion of Honour.

She only retired properly in her late eighties, and she was finally able to spend more time in her thatched cottage in Barrington where she lived until her death, tending her orchard, her vegetable garden and her cats.

Those who worked with her all remarked on her energy and vigour even into what for others would be old age.

She maintained her interest and was always ready to embrace new ideas and technology, even though she would remark that despite every modern advantage, scientific progress was no faster than in her early days at the laboratory bench. Then she had nothing more than elementary equipment and a slide rule, but she still managed through great effort and steadfast dedication to the task to build a discipline and change the way we think about nutrition. 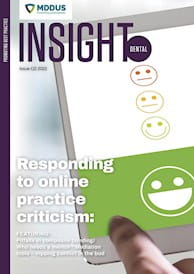