CONSENT is one of the cornerstones of professional medical practice and it is a process that experienced doctors will have gone through thousands of times.

But in 2015 a landmark judgement given in the Supreme Court case of Montgomery v Lanarkshire Health Board signalled a subtle but significant shift in how this process should be undertaken. Essentially, doctors are now required to adopt a patient-centric approach to consenting – focusing on the specific needs of the patient, rather than simply on the risks the doctor thinks are important. The case itself arose in 1999. When Nadine Montgomery gave birth to her son, Sam, staff had to resort to a forceps delivery aided by symphysiotomy after the baby’s head failed to descend due to shoulder dystocia. Twelve minutes passed between the head appearing and delivery, during which time the cord was completely or partially occluded. Sam was diagnosed with significant cerebral palsy.

Later Mrs Montgomery – acting on behalf of her son – raised an action against the health board alleging negligence in that she should have been given advice regarding the risk of shoulder dystocia, being just over five feet tall and diabetic. She also alleged that it was negligent not to perform a caesarean section when abnormalities were noted on the cardiotocograph (CTG) traces.

The main focus of the appeal was in regard to the information given to Mrs Montgomery when she had expressed concern about being able to deliver her baby vaginally – though she had not asked specific questions regarding shoulder dystocia. Maternal diabetes is known to increase the risk of complications such as shoulder dystocia – which occurs in around 10 per cent of babies born to diabetic mothers. In around 70 per cent of cases it can be overcome by simple manoeuvres but a small proportion (much less than one per cent) result in permanent injury.

The consultant involved in the case did not advise Mrs Montgomery of the risk of shoulder dystocia as in her view – supported by obstetric opinion – this was not warranted given the low probability of permanent harm. Mrs Montgomery argued that, had she been fully advised of the risks, she would have elected for a caesarean section. Mrs Montgomery took her case all the way to the Supreme Court in London and won.

The Montgomery case is important to all doctors involved in consent discussions with patients as it sets out what is expected in terms of information disclosure.

“Crucially, what a patient regards as significant may not accord with their doctor’s view,” says MDDUS medical adviser Dr Naeem Nazem. “Therefore, a doctor is unable to determine, unilaterally, what is reasonable to disclose to their patient. Instead, doctors should seek to make a shared care decision with their patients, discussing every relevant issue for that individual patient.”

MDDUS has encountered cases in which there was a failure to effectively communicate the risks and benefits of a procedure to the patient. Cases have also arisen from a lack of detailed discussion between doctors and their patients regarding alternative treatment options and potential outcomes.

“This lack of communication and failure to involve the patient in choices regarding their care can erode the doctor-patient relationship,” says Dr Nazem.

As part of the consenting process, Dr Nazem says patients should be given sufficient information regarding diagnosis, prognosis, need for the procedure, potential material risks and benefits, likelihood of success and potential follow-up treatment as well as the alternative treatment options – including doing nothing. There are exceptions, such as when providing life-sustaining treatment in an emergency.

GMC guidance Consent: patients and doctors making decisions together states doctors should “share with patients the information they want or need in order to make decisions” and “maximise patients’ opportunities, and their ability, to make decisions for themselves.”

The Royal College of Surgeons (RCS) has also moved to highlight the importance of updating patient consent processes prior to surgery. They have recently published guidance and a decision-making tool for doctors alongside fortnightly podcasts.

The College states: “According to the judges in this case, doctors are no longer the sole arbiter of determining what risks are material to their patients. They should not make assumptions about the information a patient might want or need but they must take reasonable steps to ensure that patients are aware of all risks that are material to them.”

They set out a number of key principles underpinning the consent process including the need for discussions to be tailored to the individual patient. “This requires time to get to know the patient well enough to understand their views and values.” Their guidance adds that material risks for all reasonable treatment options should be discussed with the patient and that the test of materiality is twofold: “whether, in the circumstances of the particular case, a reasonable person in the patient’s position would be likely to attach significance to the risk, or the doctor is or should reasonably be aware that the particular patient would likely attach significance to it.”

Consent should also be written and a careful note of discussions made in the patient record. 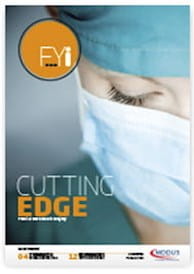