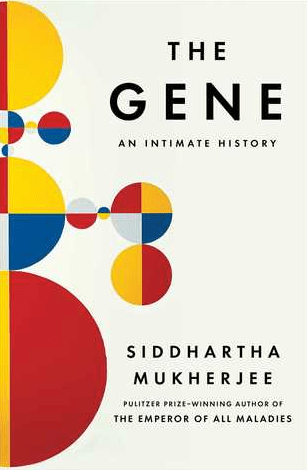 “IT has not escaped our notice that the specific pairing we have postulated immediately suggests a possible copying mechanism for the genetic material.”

This example of “supreme understatement” can be found in the 1953 Nature article by James Watson and Francis Crick detailing the molecular structure of DNA and it is just one towering milestone celebrated in Siddhartha Mukherjee’s artful new “intimate history” of the science of genetics. Mukherjee is an assistant professor of medicine at Columbia University and a stem cell biologist and cancer geneticist. He is also a talented science writer and his The Emperor of All Maladies: A Biography of Cancer won a Pulitzer Prize in 2011.

This new book is “intimate” first in its focus on key personalities involved in the epic discovery and elucidation of the gene, from the early observations of inborn “likeness” by Greek scholars to the meticulous work of the Augustinian monk Gregor Mendel demonstrating inheritance in pea plants, carried out at the same time as Darwin postulated his theories of evolution through natural selection, to further work on genetic traits in the fruit fly by cell biologist Thomas Morgan and the subsequent search for the “missing” biochemical mechanism that makes it all possible, in which Watson and Crick were so instrumental.

“Message; movement; information; form; Darwin; Mendel; Morgan: all was writ into that precarious assemblage of molecules.”

Mukherjee’s history is also intimate not just in his research interest but through the interplay of genetics in his own family where there is a history of schizophrenia, such that he felt compelled to inform his fiancée: “It was only fair... that I should come with a letter of warning.”

The structure of the book is chronological, sidestepping through the major developments in genetics by scientists working in partnership or competition or sometimes – as with Mendel – in painful isolation. Mendel’s seminal paper was not “rediscovered” until 1900, after his death, by the English biologist William Bateson who later wrote: “When power is discovered, man will always turn to it…The science of heredity will soon provide power on a stupendous scale.”

It is a prescient observation that Mukherjee explores in the latter half of the book, looking at the growth of biotechnology, the vast and even “dangerous” potential of recombinant DNA, cloning, gene therapy and the sequencing of the entire human genome, recording our evolutionary history in the carcasses of inactivated genes “littered throughout its length, like fossils decaying on a beach”.

This is a profound and engrossing book. 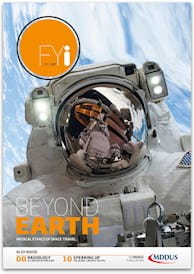