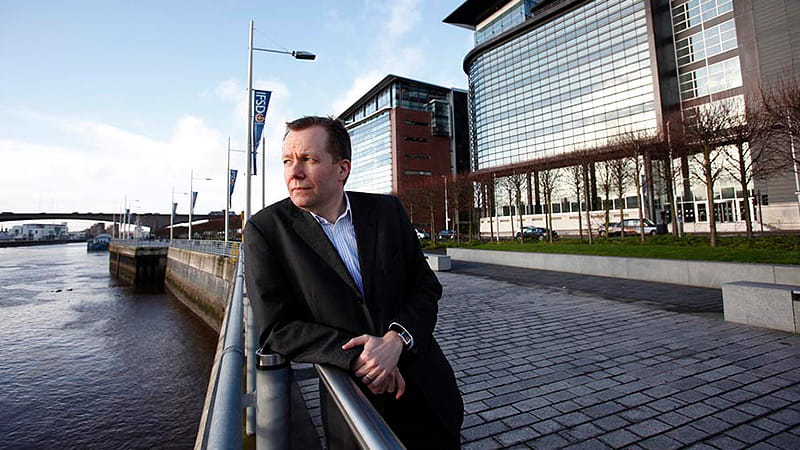 FINDING new ways to think about healthcare improvement has become a hallmark of Professor Jason Leitch’s career. Having qualified from Glasgow University in 1991 as a Bachelor of Dental Surgery, he became a consultant in oral surgery based in the west of Scotland. But it was a trip to the US in 2005 to work for the prestigious Institute for Healthcare Improvement (IHI) that he says “turned my career on its head”. He completed a Masters in Public Health at the Harvard T.H. Chan School of Public Health in 2006 and returned home to begin working for the Scottish Government, helping to run their patient safety programme.

Ten years later, Professor Leitch is now the Scottish Government’s national clinical director. He is a fellow at all three UK surgical royal colleges, a senior fellow at the IHI and holds an honorary professorship at the University of Dundee. He also recently joined the board of MDDUS as a non-executive director.

What are your main priorities in the role as clinical director for healthcare quality and strategy?

We have a directorate structure within Scottish Government and I am one of a set of directors working in health and social care. As national clinical director I have specific responsibility for quality, planning and improvement, which includes patient safety, person-centred care and a host of other clinical priorities. I also share corporate responsibility for how we spend the nearly £14 billion budget and how we manage the health boards and their 160,000 employees. I also have Scottish Government responsibility for other areas of improvement and do quite a lot of work in education and criminal justice, looking at systems of delivery across the public service. It’s a broad remit.

What are the key challenges facing healthcare in Scotland in the next 20 years?

It’s not dissimilar to the rest of the developed world – the two-pronged challenge of increasing demand at a time of constrained resources. There is the well-publicised increase in the elderly population but there is also another unspoken set of increasing healthcare demands from the middle-aged population. Expectations have changed. This means we have to adjust the way we deliver healthcare. The National Clinical Strategy is an attempt to begin that conversation about shifting the balance of care towards more primary/community-based care and more locality-based delivery, but at the same time having fewer specialist centres for the very high-end expensive care.

Health and social care integration is a major thrust of the recently published National Clinical Strategy. What has changed this year?

What does patient-centred care mean to you?

I’d say it means "no decision about me, without me". It’s fundamentally the inclusion of the patient – or family or carer – in every decision about their health and social care. This might be visiting times, decisions about chemotherapy, end-of-life care or vaccinations in children. I’ve been involved in supporting the 'What matters to you?' campaign, which is an attempt to focus healthcare teams on the patient and the family. It’s about taking a moment in a consultation – whether GP or hospital – to ask the patient what matters to them. It began in our children’s hospitals where a nurse started asking children what mattered to them when they were admitted. They didn’t talk about wanting their chemotherapy on time or their antibiotics stopped; they wanted the nurses to smile, for their parents to be able to visit and other things that made them feel more human. It has since expanded to our elderly care units and even schools, and there is also now a campaign day involving 11 other countries.

The Scottish Patient Safety Programme (SPSP) has had impressive results in areas such as reduced sepsis and ventilator-associated pneumonia. What is key to these successes?

Two very simple things have led to the initiatives’ success. The first is clear evidence: having a recipe of what to do. Sepsis is a terrific example of having the evidence – now summarised as the “sepsis six” – about what you should do for very acutely ill septic patients. The second is having a method for effective local implementation – and learning that just telling people what to do or sending them a guideline is not a method. The SPSP ran an improvement science collaborative with multidisciplinary teams and taught them a method to bring about change together – one that allowed them to do it locally. It has taken a lot of hard work over a long period of time.

You speak of a needed "culture change" in patient safety? How is this best achieved?

I am increasingly convinced that culture change comes from a series of tasks that you do in teams. Edgar Schein – a leading management thinker – says your aim cannot be 'culture change' because that is too vague. You should have specific goals, for example "reduce mortality by 20 per cent by the end of 2015", and then the culture change will come as a result of that.

Where is improvement most needed in NHS Scotland?

Our National Clinical Strategy makes it clear that for our high-performing healthcare system to continue to improve it needs to modernise – and that’s a never-ending task. There isn’t a moment when a system is transformed and you can relax. It requires constant effort and the principal thing we have to do now is to move care downstream as much as possible, both in a prevention sense and in a primary and community care sense. Improvement is needed in out-of-hospital care and that’s partly about care of the elderly but also in chronic disease management, bolstering primary care teams – not just doctors but a much broader set of professionals who can keep people at home. What we say in our 2020 vision is care at home or in a "homely setting" – so as much as possible keeping patients outside very expensive acute hospitals.

I’d say the nature of the challenges is changing. In the past 30 years we have made unprecedented improvements in areas like cardiac disease, stroke care and smoking cessation. But new challenges are emerging, such as liver disease and alcohol/ drug/mental health issues in young men. Added to that, of course, is the next public health challenge of physical activity and obesity. We need to do more to encourage physical activity in the elderly and the rest of the population and that will be a big challenge going forward. It brings us back again to health and social care integration.

How will healthcare provision in Scotland be affected by Brexit?

There are two principle risks: workforce and research funding. Scotland employs many EU nationals in healthcare, and Brexit could bring uncertainty for both those here now and those who might want to come in future. Similarly, there would be uncertainty for Scottish graduates who want to go to Europe to learn and bring that expertise home. We also have significant EU research funding in Scotland and that will become increasingly difficult to rely on and would have to be replaced or substituted in some way. The First Minister has made clear in recent speeches that, as far as possible, our position in terms of workforce and research funding should remain unchanged.