Vignette: cardiologist and inventor of the portable defibrillator, Frank Pantridge

Allan Gaw recounts the life and career of this innovative physician

JAMES Francis Pantridge was a crank, in the way that Mark Twain said any man with a new idea was a crank – until, of course, that idea succeeds. 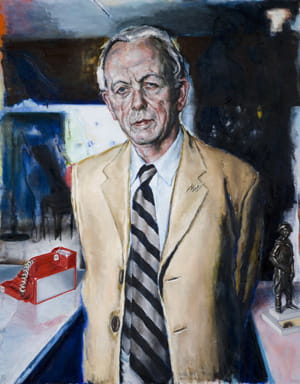 Pantridge was born in Hillsborough, County Down, in the middle of the First World War and graduated in medicine from Queen’s University Belfast on the eve of the Second. Both his school days and his undergraduate life were troubled by his lifelong refusal to conform and his constant clashes with those in authority.

With the outbreak of war, he enlisted in the Royal Army Medical Corps and was sent to Singapore. There, in his usual fashion, he quickly fell out with his commanding officer and was seconded to Changi. Despite this, for his tireless work during the campaign, he was awarded the Military Cross in 1942, the citation reading: "He was absolutely cool under the heaviest fire". With the surrender of Singapore shortly afterwards, Pantridge was taken prisoner of war and was incarcerated in the notorious Changi camp. In 1943, he was taken along with 7,000 others to work as slave labourers on the Siam-Burma railway. Only a few hundred would survive the barbaric conditions, but Pantridge was among them. He did not survive unscathed, however, as severe nutritional deficiencies led him to develop near fatal cardiac beriberi, the consequences of which would trouble him for the rest of his life.

He was repatriated at the end of the war and became a lecturer back in Belfast and this was followed by a seminal period working in the US under Frank Wilson, the world authority on electrocardiography at the time. He returned again to Belfast where, in 1951, he was appointed consultant physician in the Royal Victoria Hospital.

Accounts vary, but the concept of out-of-hospital coronary care was probably first sown in Pantridge’s mind around 1960 by the Professor of Medicine, Graham Bull. Pantridge was highly skeptical and said at the time: "This is yet another of the many idiotic ideas which emanate with monotonous regularity from the Professor of Medicine, who thinks it is possible to achieve immortality for patients with coronary artery disease".

Despite his initial opposition, Pantridge eventually came to agree with Bull and aggressively pursued the goal of being able to deliver defibrillation to patients when and where they needed it, which was often not in hospital. Existing defibrillators were heavy and cumbersome and a new approach was needed. Thus, in the winter of 1965, Pantridge with his junior medical colleague John Geddes and the technician Alfred Mawhinney, using the resources of a British Heart Foundation grant, converted a mains defibrillator to operate from car batteries in the back of an old ambulance. This became the first mobile coronary care unit and in its first 15 months was responsible for 10 successful resuscitations. Quickly, Northern Ireland became known as the place to have your heart attack.

The original "portable" device weighed in at 70kg, but by 1968 Pantridge had refined the design, incorporating a miniature capacitor invented by NASA, and it now weighed only 3kg. Services in North America quickly took on board Pantridge’s portable defibrillator and embraced the concept of mobile coronary care, but British medicine was slow to follow and his ideas would take more than 15 years to find acceptance.

Speaking about his invention in 1988, he said that he had created the device not for personal gain or glory but simply to save lives. "People were getting cardiac arrests," he explained. "In the casualty department [they] were arriving dead, having died in the ambulance. My objective was to have an almost pocket-sized defibrillator."

He was showered with honours, especially in the US where he became known as the "father of emergency medicine", but he received few such accolades in his homeland. He did receive a CBE in 1978, but the knighthood that many thought he should have been awarded, eluded him. His cantankerous and arrogant style alienated many who found his barbs hard to forgive.

Although Frank Pantridge saw his idea succeed, saving the lives of thousands around the world, he ultimately remained a crank. Not by Twain’s definition, but by that of Ernst Schumacher. According to that economist, a crank is simply a small device that causes revolutions. When we consider Pantridge’s impact on emergency medicine and pre-hospital coronary care, he certainly did that. 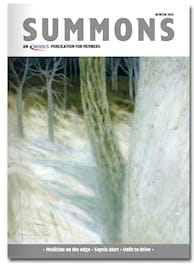