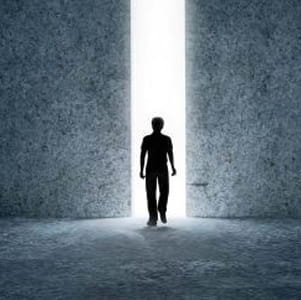 GETTING notice that you face a clinical negligence claim or investigation by the GMC/GDC can feel devastating. An understandable reaction might be to immediately fire back a letter either denying or defending your actions – or maybe just slip the correspondence into your desk and forget about it for now. MDDUS would urge members to do neither.

We have recently dealt with several cases where members have not sought our advice or assistance at a sufficiently early stage. These include responding to complex or serious complaints, requests for disclosure of records or other documents, and correspondence relating to GMC/GDC investigations.

MDDUS advisers are here to assist members at the outset of claims, complaints and all regulatory matters, as well as with general queries. The consequences of not seeking assistance at an early stage can be far reaching and sometimes devastating for the future conduct of a claim or complaint.

It is not unusual for doctors, dentists and practice managers to deal with complaints from patients without assistance, especially where a matter seems straightforward. In our experience, the manner in which a complaint is dealt with can determine whether it escalates to the ombudsman, into a GMC/GDC matter or a legal claim. It is important to respond within agreed timescales and courteously and to seek advice from MDDUS if in any doubt.

Sometimes, as a complaint progresses, additional information may be sought. This may seem a straightforward request but could be a “fishing exercise” for further information. Requests to confirm the position of the treating clinician in response to a complaint may go beyond the facts and stray into commenting on issues other than those which need to be addressed. Such comments can be very difficult to retract at a later date and may be used in any subsequent claim or regulatory proceedings.

Members do not need to inform us of the receipt of every complaint but it is important to consider the nature of a complaint carefully before responding. If there is any concern over the management of a patient, the complaint should be notified to MDDUS so that we can provide input from the outset. In addition, we would also encourage members to notify us promptly if the complaint relates to any kind of professional conduct matter, as these may later involve your regulator.

CASE EXAMPLE: A female patient writes to complain about the conduct of a male GP during a home visit. In answer, the practice manager writes a defensive and inaccurate letter of response and takes steps to remove the patient from the list. The letter makes no attempt to address the concerns of the patient, who later refers the GP to the GMC, as she feels she is not being listened to. This case illustrates a complaint which escalated very quickly. Discussion with an experienced MDDUS adviser could have prevented an unwanted outcome. The GMC investigation was closed at an early stage after MDDUS made submissions on behalf of the GP.

Practices frequently receive requests for information from solicitors, other healthcare providers and the police. Solicitors are very adroit at requesting information on behalf of patients and then relying on it in subsequent proceedings. Any correspondence from solicitors relating to your medical practice should be brought to the attention of your indemnity provider without delay. What appears to be a straightforward inquiry such as a request for a particular record or document, for example a significant event analysis (SEA), could be a precursor to a claim.

Members should always bear in mind their professional duties of confidentiality when considering such requests for information. This is not to say that pertinent information should be withheld, but relevant guidance on patient consent should be considered at all times. Often requests may be accompanied by a court order with a time limit attached. Members should seek advice on how to respond to such requests promptly. It is important to remember that in the vast majority of situations, thirdparty information should be redacted (there will be limited occasions where it is permissible to retain this, i.e. if specified by the court order or if consent has been provided).

Members should not respond to such requests without first seeking advice if they are unsure of their obligations, and should pay particular attention to the dates that records are requested from. If MDDUS correspondence is included in a potential disclosure, it would be appropriate to seek input from our advisers as to whether it should be excluded.

CASE EXAMPLE: A member is approached by a patient’s solicitor requesting a precognition (preliminary examination of a witness). The member attempts to deal with this himself but seeks MDDUS advice when he is questioned about matters well beyond the actual treatment he had provided or his involvement in the case. MDDUS lawyers took over correspondence and drew the matter to a swift conclusion.

All regulatory matters should be brought to our attention without delay. For the avoidance of doubt, this includes all correspondence from the GMC or GDC where a concern has been raised about a member’s fitness to practise.

Members should also familiarise themselves with their duties to self-report to their regulator if:

CASE EXAMPLE: A surgeon ignores a complaint from a patient who then reports him to the GMC. The surgeon also ignores correspondence from the GMC until the matter reaches the end of the investigation. He seeks MDDUS advice 10 days before the expiry of the deadline to respond to allegations. Due to the long delay, it is impossible to advise on remediation, insight and obtain supportive documentation. Case examiners therefore refer the case to a hearing, which could have been avoided if earlier advice was sought.

Lindsey McGregor is a solicitor at MDDUS

Jane Scott is a solicitor at MDDUS

MDDUS advisers are here to assist members at the outset of complaints, claims and all regulatory matters. Not seeking assistance at an early stage can have far-reaching consequences.