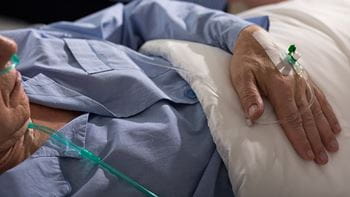 BRENDA Grant had thought carefully about her future care and planned ahead should she one day lack the capacity to make her own treatment choices. She made an advance decision to refuse treatment should certain circumstances arise, fearing degradation and indignity. This decision specified that she did not want life-prolonging treatment. This included the refusal of food, though any distressing symptoms should be controlled by pain relief, even if this might shorten her life.

However, although Mrs Grant had properly exercised her right to make an advance decision the document was misplaced by the hospital treating her, and her family were unaware of its existence. When Mrs Grant suffered a debilitating stroke she was then treated and had a PEG tube inserted: all contrary to her wishes.

Ultimately Mrs Grant’s GP identified that the document existed and supported the family in challenging the hospital. The inappropriate treatment was withdrawn and Mrs Grant died a few days later.

The hospital wrongly kept Mrs Grant alive for around 22 months and later agreed a reported £45,000 out-of-court settlement with her family. The hospital also offered a full apology and said in future the existence of an advance decision would be noted on the front page of a patient’s records.

The case highlights two key points: the importance of patients discussing their wishes with family, and the risk for doctors in ‘misplacing’ vital information amongst large files of patient notes.

If Mrs Grant had told her family about the advance directive, it is likely her wishes would have been respected. But patients may be reluctant to broach such an unpleasant topic with loved ones and ultimately the choice is theirs. GPs may wish to discuss with patients the advantages of informing family of the existence of such a document and, better still, disclosing their precise wishes.

These are important medico-legal papers and essential in order to respect a patient’s care wishes. Knowledge of their existence is paramount along with ease of access to them should the patient lose capacity. This therefore requires appropriate filing and flagging on a patient’s records. As the case above demonstrates, treating a patient against their will does lead to liability.

Mrs Grant’s case arose in England where advance decisions have legal status, conferred in the Mental Capacity Act 2005 if the patient (P) has made an advance decision which is: “(a) valid, and (b) applicable to a treatment, the decision has effect as if he had made it, and had had capacity to make it, at the time when the question arises whether the treatment should be carried out or continued.”

The Act, which also applies to Wales, details the requirements for a valid advance decision, including that it is specific for the circumstances arising and if made in regard to life-saving treatment it must be “verified by a statement by P to the effect that it is to apply to that treatment even if life is at risk”. It should be in writing and signed by the patient and a witness.

In Scotland, patients can make an advance directive in which they set out their treatment choices and refusals in the event that they lose mental capacity. When a patient loses capacity their treatment must comply with the Adults with Incapacity Scotland Act 2000. This does not enshrine the status of the directive in law, as is the case in England and Wales, but when doctors are making treatment decisions they must take into account the person’s wishes and feelings. It is likely, though not yet tested in the Scottish courts, that such directives would be deemed to be binding. The Scottish Government is currently consulting on whether there should be “clear legislative provision for advance directives in Scotland” which should add clarity.

In Northern Ireland there is no statute (specific piece of legislation) to support advance decisions/directives. However, in line with good practice patients can make statements about their wishes regarding healthcare and the circumstances and types of treatment they want to refuse; these should be taken into account when treatment decisions are being made.

In all jurisdictions General Medical Council guidance must be followed. It clearly states: “If the patient has made an advance decision or directive refusing a particular treatment, the doctor must make a judgement about its validity and its applicability to the current circumstances. If the doctor concludes that the decision or directive is legally binding, it must be followed in relation to that treatment. Otherwise it should be taken into account as information about the patient’s previous wishes.”

Advance decisions and directives, often referred to as living wills, are important documents when treating patients who have lost capacity. It is essential to bear this in mind when treating such patients and remember to consider whether your patient has made such a decision or directive. Systems should allow for the easy identification of such documents so that the correct treatment can be provided.