...The child has been sick and has a high temperature but no neck stiffness or other meningeal symptoms... 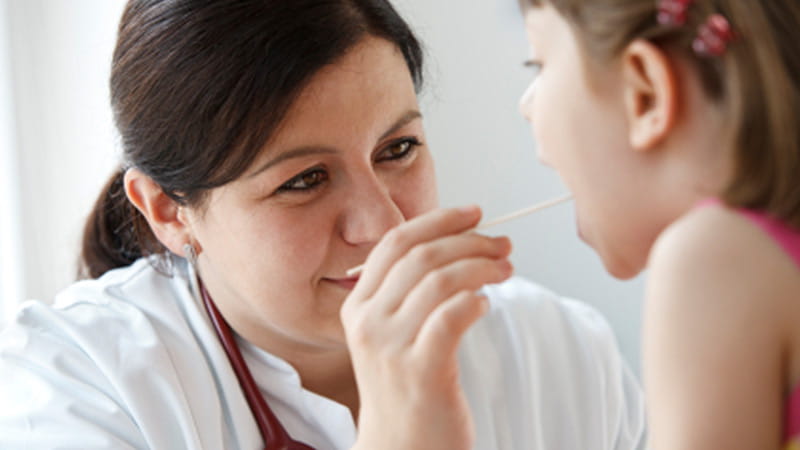 A seven-year-old girl – Emma – is brought into the GP surgery by her mother for an emergency appointment. The child has been sick four times since the previous evening and had a high temperature, though this reduced subsequent to a dose of paracetamol. Emma has been taking plenty of fluids but is off her food. The GP – Dr K – examines the child and finds her well hydrated and alert. Her temperature is normal and the doctor can hear no abnormal chest sounds. The abdomen is soft and not distended and the GP also records: No neck stiffness/other meningeal symptoms. He advises that Emma has a viral infection and should continue symptomatic treatment with paracetamol and plenty of fluids. He warns Emma’s mother about “red flag” symptoms and to return if the child’s condition does not improve or worsens, or take her straight to A&E.

Emma’s parents bring her to A&E late the following evening with a high temperature and more vomiting. An upper viral respiratory tract infection is diagnosed by emergency staff and she is given more paracetamol. The child is later discharged home after a few hours of observation.

Another emergency appointment at the GP surgery is made for Emma early the next morning and her mother reports that she is not feeling any better. The child complains of severe headache and has been “vomiting all night”. Dr K examines Emma and finds she is afebrile but dehydrated (dry tongue) and lethargic. He also observes that she is wobbly and unsteady on her feet and displays neck stiffness.

The GP arranges for a 999 ambulance admission from the surgery. Emma is admitted to hospital and later diagnosed with pneumococcal meningitis. Her condition further deteriorates and she is transferred to ICU and requires ventilation. Her conscious level fluctuates but she eventually responds to treatment.

EMMA makes a slow recovery but is left with some hearing loss and cognitive impairment. A year later Dr K receives a letter of claim alleging clinical negligence in failing to diagnose and refer Emma after her first consultation at the surgery. In her account of events Emma’s mother states that the child first complained of severe headache and intolerance of light – both of which are signs of possible meningitis. It is alleged that Dr K’s failure to arrange for emergency admission after this initial consultation led to a crucial delay in treatment, resulting in a protracted recovery and life-changing complications.

An expert in acute primary care provides an opinion on the case for MDDUS. He agrees that headache, vomiting and photophobia are all typical symptoms of meningitis but in examining the notes from the first consultation he finds no reference to frontal headache or light intolerance by Dr K. The notes indicate the GP examined Emma and found she was well hydrated and did not have an elevated temperature. He also recorded there were no “meningeal signs” though no specific mention was made of examination for neck stiffness. The consultation finished with “safety netting” advice: return to the surgery or go straight to A&E if the condition worsens.

The expert concludes that in his opinion Dr K’s findings were “typical of viral illness” and that his history, examination and follow-up advice were adequate and appropriate – even if it is accepted that headache and photophobia were mentioned in the first consultation. It is also noted that the medical records show Emma was up-to-date with all her immunisations including meningitis C and pneumococcal infection. Emma’s subsequent discharge from A&E on the following night also supports the uncertain nature of her symptoms.

Regarding the second consultation the expert states that he does not question Dr K’s decision to arrange immediate transfer to hospital given the finding of neck stiffness and other changes in Emma’s clinical condition from his pervious examination of the child.

MDDUS responds to the letter of claim on behalf of Dr K restating the expert findings. The case is later discontinued.

• Ensure that you consider the possibility of meningitis or septicaemia in children with non-specific illness featuring fever, vomiting and muscle aches.

• Record your findings negative or otherwise.

• Ensure that you are familiar with recent clinical guidelines including red flag symptoms.