“Manned” missions to Mars are a real possibility in the coming decades – but what are the ethical considerations in sending humans out into space? 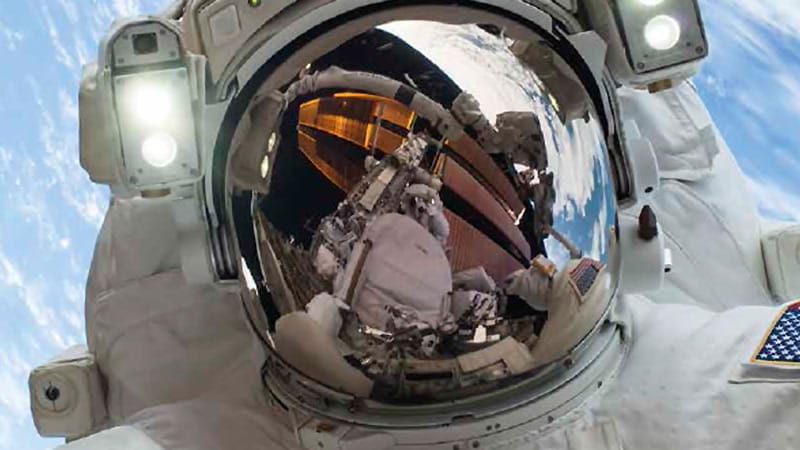 WE HAVE always been concerned about the hazards associated with innovation. Space travel, especially deep space flight, is no different. There have been calls recently to reassess the medical risks posed by planned long-term missions, such as those that are envisioned to take the first humans to asteroids and to the surface of Mars in the next two decades.

Travelling beyond the protective shell of the Earth’s atmosphere and gravity has never been easy, but we have now been doing it for over 50 years and are getting much better at it. From Gagarin’s first manned space flight in 1961, to Leonov’s first space walk in 1965, to Armstrong’s first footsteps on the Moon in 1969, to the launch of Columbia the first space shuttle in 1981 and the International Space Station (ISS) in 1998, the prospect of an earthbound humanity is becoming ever less likely.

In March of this year, the US astronaut Scott Kelly and the Russian cosmonaut Mikhail Kornienko returned to Earth after almost a year-long mission on the ISS, and the health of these men is now the focus of intensive studies. Interestingly, Commander Kelly’s identical twin brother, former astronaut Mark Kelly, has been participating in a set of parallel clinical studies on Earth, acting as his brother’s control. The brother in space arrived home two inches taller than his earthbound twin as a result of his year of weightlessness, but regained his former stature soon after being back on Earth.

Space is far from the weightless playground it might appear as we watch astronauts cavorting in near zero-gravity – tumbling, juggling with water droplets, even playing the guitar. The reality is an alien environment for which our bodies and our minds were never designed. Our muscles will atrophy and our bones thin as a result of weightlessness, while visual impairment, sometimes even for years after a mission, may result from pressure changes in the brain and spinal fluid.

One of the most concerning health hazards is increased radiation exposure, particularly with lengthy deep space missions to Mars, and the associated increased life-time cancer risk this would pose. According to recent results from NASA’s Mars Rover Curiosity, a six-month flight to the Red Planet followed by a two-year stay and then a six-month return flight would expose astronauts to a radiation dose of about 1010 mSv. To put that into perspective, each leg of the journey would be equivalent to the radiation dose from 24 CT scans, or more than 15 times the annual radiation allowance for a worker in the nuclear power industry. Some researchers consider that level of radiation manageable and acceptable, but it would violate NASA’s current standard that caps the excess cancer risk for a given astronaut at three per cent.

But it’s not just physical risks that are of concern. What about the psychological impact? Commander Kelly, himself, said shortly before he returned home: “Physically I feel pretty good…but the hardest part is being isolated in the physical sense from people on the ground who are important to you. There’s a loss of connection.”

How much more disconnected might astronauts feel who, instead of seeing ‘home’ pass by several times a day out of their space station window, will be hurtling for months through the darkness of space on their way to Mars? Perhaps no more so than those who set off from the quayside to sail across uncharted seas for the first time heading beyond the horizon. As our ancestors first left sight of land, surely they would have experienced exactly the same sense of isolation, fear and disconnectedness. But, they would also experience the exhilaration of discovery and the thrill of adventure. Perhaps that is the price we need to be willing to pay for the sacrifice of ignorance?

A report from the US National Academy of Science’s Institute of Medicine released in April 2014 suggested that while NASA should not necessarily relax its current health standards for long-duration space travel, the agency should consider developing ethical guidelines on when exceptions to those standards should be made for deep-space voyages.

The Institute proposed a set of six ethical principles for space exploration, as follows:

• Recognise fidelity and the individual sacrifices made for the benefit of society, as well as honour societal obligations in return, by offering healthcare and protection for astronauts during missions and over the course of their lifetimes.

The chairman of the committee who produced this report, Jeffrey Kahn, said: “Astronauts put their lives and health at great risk for their country and humankind. Our report builds on NASA’s work and confirms the ethical imperative to protect astronauts’ health, while fulfilling the agency’s mission of exploration.”

Space travel, of course, is not the first mode of transportation which has raised health concerns. Doctors at one time warned that another form of rapid transit, if constructed, “would cause the greatest deterioration in the health of the public, because such rapid movement would cause brain trouble among travellers, and vertigo among those who looked at [those] moving”. No, not space rockets but trains – this according to the Bavarian Royal College of Doctors in the 19th century. Similarly, the Professor of Natural Philosophy and Astronomy from UCL dismissed the prospect of the railway, arguing that “travel at high speed is not possible because passengers, unable to breathe, would die of asphyxia.” The coming of the railways, and the reckless speeds that could be attained, frightened people and allowed so-called experts to make fools of themselves with equal ease. Space travel has been no different and continues to excite health and safety concerns to this day.

No one is arguing that space travel is completely safe and nor should they, but perhaps that is not the point. Surely, human endeavour and all that it entails is not about the avoidance of hazards but rather about understanding the risks involved so that adventurers, explorers and those who have blazed every trail that has ever been marked out – in this case astronauts – can make informed choices about whether to accept them.

“NASA,” one commentator has noted, “has to decide whether it’s really OK to ask someone to take those risks.” However, the question is not whether NASA should ask; but how prospective astronauts should answer. Astronauts are autonomous adults, competent to make meaningful decisions on their own behalf, which they will be able to do when furnished with all the information available. Because we are operating at the edges of what is known, that information will always be incomplete. But this is the nature of adventure and it is that very sense of stepping into the unknown that is the incentive for many would-be astronauts to don a space-suit in the first place.