Ready to walk the repayment maze?

THE treatments offered by our wonderful NHS are many and varied. In most instances care is also free at the point of delivery. One notable exception is NHS dentistry where patients – unless from an exempt group – are presented with an invoice at some stage in their treatment (often leading to hilarious quips about needing more anaesthetic).

The business and the practice of dentistry are not easy bedfellows. Most dentists are motivated by a desire to help patients, rather than ask them for money. However, where a service has been successfully provided, a fee must be paid or funding for future care delivery will dry up.

Of course not all treatments proceed as planned. Where something has gone wrong (particularly if this was not anticipated and explained at the consenting stage) then an opening offer of reimbursement or a free remake is often appropriate. Many (although not all) disputes are resolved in this manner.

Where there has been an adverse outcome, compensation over and above the cost of the original treatment may be demanded. Even when the treatment appears to have gone as planned, the patient may look for money simply because their expectations (often in terms of aesthetics) have not been met.

Some members, having sought advice from MDDUS, will stand their ground but many fear the matter could escalate as far as a referral to the General Dental Council – even for baseless complaints.

In these situations, working for a salary without reliance on income from patients can look very attractive. Yet, the self-employed status of most GDPs does offer a degree of opportunity and autonomy. Whilst some opt to work part-time, others work intensively and over long hours in the knowledge that an enhanced salary can be earned.

Clearly, this work rate must not negatively impact clinical standards. Furthermore, within the NHS there are also a significant number of rules restricting the fees that can be claimed by even the most industrious dentist. These provisos are buried in somewhat opaquely drafted NHS regulations, but failing to comply can have serious consequences.

A number of agencies are tasked with protecting the public purse. In relation to dental payments, this may involve the sampling of records, identification of ‘outliers’ and statistical analysis. If they find the rules have been broken, however inadvertently, the relevant fees may be recovered.

For associates, it does not matter whether a percentage has already been paid by them to the practice owner. For principals, it does not matter whether a significant proportion of the fees has been expended on laboratory bills, wages, materials etc. It does not matter that both principals and associates may have already paid tax on these earnings. The relevant agencies invariably expect to recover the entire fee. We have found that, in Scotland, superannuation and the GDPA allowance may be added on a pro rata basis.

The sums involved in each misclaim may be pretty trivial but practitioners tend to unknowingly repeat the same error year after year. Once the problem has been detected, the results tend to be extrapolated and the cumulative fee recovery can be eye-watering.

Not surprisingly, some areas are more prone to misclaiming than others. For example, under the UDA system in England and Wales there are often concerns regarding the commencement of treatment shortly after the previous course was closed. There are of course innumerable reasons why an apparently sound dentition needs to be revisited at an early stage (why do cusps always seem to fall off just after the patient has been finally discharged?) However, where there are repeat claims in rapid succession, the suspicion tends to be that one course of treatment is being ‘split’ in order to optimise revenue.

In Scotland, the old favourites include item 10b scalings. Yes, the relevant narrative in the Statement of Dental Remuneration can be interpreted in a number of ways. However, its purpose is to ensure the patient receives periodontal treatment (rather than just oral hygiene instruction) on at least two separate occasions (otherwise it would be a two-visit 10a). Of course, the accompanying records and BPE scores should be commensurate with this treatment regimen.

There are many other potential pitfalls. Prescription fees cannot be claimed in conjunction with other treatments (except recalled attendances, domiciliary visits and continuing care payments). An item 1b exam fee must be complemented by a periodontal charting. Fissure sealants can only be claimed on molars within two years of eruption. The list goes on.

So how can you avoid falling foul of the extractive (no pun intended) policies of the agencies which manage payments?

In the first instance, it is important to be completely familiar with the rules that apply in your particular jurisdiction. Don’t simply maintain the same claiming patterns, assuming your grasp of this subject is probably sound and that, if you were misclaiming, wouldn’t you have heard about it by now? Instead, contractors should forensically read and periodically re-read the relevant regulations in regard to claiming fees. At least your insomnia will be cured.

The phraseology in these regulations does not lend itself to easy or consistent interpretation, but a quick phone call to the customer services department will usually provide the desired clarity. Members concerned about disclosing their list number can call MDDUS for advice. This is a commonly encountered issue and we may already know the answer. If not, we can make an anonymised enquiry on your behalf.

Yet, these risk management measures may not suffice. To my surprise and dismay, I find myself reaching for the words of Donald Rumsfeld who once pointed out that there are “unknown unknowns – the ones we don’t know we don’t know”. It seems reasonable to accept that, if you are completely oblivious to a problem (until PSD come calling), you cannot correct it. Therefore, it is also important to periodically enrol on courses which are designed to troubleshoot, highlighting common areas of misunderstanding so that delegates can learn from other colleagues’ misfortunes.

Finally, it is vital that compliance with the claiming directives is clearly reflected in the clinical records. As stated above, enquiries into a contractor’s claims can commence with a records card request or, if you are lucky, an instruction to self-audit your records. Contractors have no option but to comply.

Record card investigations have a quality assurance role - poor notes may give rise to concerns about the contractor’s performance. However, a review of records may also result in a fee recovery or even a probity enquiry. Comprehensive, accurate and contemporaneous notes are a critical component of safe care delivery. However, dentists should always have in mind the possibility that their records may be scrutinised: not only from the perspective of clinical standards but also as a means of testing the validity and veracity of claims for NHS fees. So make sure your records are compatible with the claim or you may have to hand back your hard-earned money. 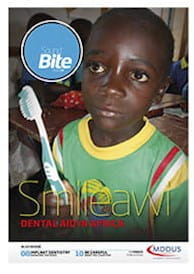