More random items of questionable relevance from the PM team...

EMAIL MELTDOWN Cringeworthy though the recent Oscar envelope gaffe might be – pity the poor NHS worker who last November accidentally sent a test email to all 840,000 NHS staff, thus paralysing the system. A spokesman explained that the disruption was “due to an NHS Mail user setting up an email distribution list which inadvertently included everyone on the NHS Mail system”. The problem was further exacerbated by some recipients clicking “Reply all” and further choking up the system.

DOG DOSH A dog owner is pursuing her dream career in medicine after training her husky to pose for pictures. Grumpy Anuko’s fur pattern gives him a natural steely glare and he has taken social media by storm, notching up almost 40,000 Instagram followers and millions of YouTube views. The three-year-old has been showered with gifts and is even in demand for modelling jobs. Owner and budding doctor Jasmine Milton, 21, of Shropshire, has so far coined in £20,000 which she is using to fund a place at medical school.

ROBOT WARS Another day, another news story suggesting technology will soon be better at providing healthcare than actual human doctors. The Telegraph reports claims that robots will “soon be able to diagnose more accurately than almost any doctor”. This suggestion comes from the founder of a private company bidding for contracts that would see patients encouraged to seek medical advice from “chatbots” rather than a living person. Diagnoses could also (seemingly) be offered via smartphone without ever having to see a GP. Patients could key in their symptoms and artificial intelligence would assess the urgency of each case, deciding whether users should be sent to A&E, a pharmacy or just rest at home. The Care Quality Commission has waded into the debate by urging consumers to be wary of online services after an inspection of two web companies found drugs were being handed out without checks on patient identities or side effects.

PRICEY MOULD A “holy relic” of medical science was recently sold by Bonham’s Auction House in London for £11,863 – a patch of mould. Not just any old mould though – it was grown 90 years ago by none other than Alexander Fleming. On the back of the glass-encased disc holding the small white swatch is an inscription from Fleming himself reading: “The mould that first made penicillin”. This may be stretching things as the scientist apparently often sent out samples of his mould to numerous dignitaries including the Pope and – oddly – Marlene Dietrich. Not quite a girl’s best friend.

FORGET THE KRISPY KREME – HERE’S A NICE FRUIT PLATTER Diary consumes only lukewarm distilled water when at work so we are thus unperturbed by the dietary strictures being promoted currently by Professor Nigel Hunt, Dean of the Faculty of Dental Surgery at the Royal College of Surgeons. He believes that a “cake culture” in offices and practices is fuelling the current obesity epidemic. Speaking at the College’s annual dinner for dentists he said: “Managers want to reward staff for their efforts, colleagues want to celebrate special occasions, and workers want to bring back a gift from their holidays. But for many people the workplace is now the primary site of their sugar intake… Cake culture also poses difficulties for those who are trying their hardest to lose weight or become healthier – how many of us have begun such diets only to cave in to the temptation of the doughnuts, cookies or the triple chocolate biscuits?” Chastened dentists at the dinner were consoled over coffee with “mint panna cotta, British strawberries and chocolate soil”.

FOR MEDICINAL PURPOSE ONLY Debate continues over the harmful or helpful effects of moderate alcohol consumption with another recent study – this time by Cambridge University and UCL researchers – finding that one alcoholic drink per day was linked to a lower risk of some cardiovascular conditions. Medicinal justification for the daily tipple is nothing new: recently a photograph of an historical note appeared on Twitter written by a physician in 1932 on behalf of a prominent British MP travelling in prohibition America. It reads: “This is to certify that the post-accident convalescence of the Hon. Winston S. Churchill necessitates the use of alcoholic spirits especially at meal times. The quantity is naturally indefinite but the minimum requirement would be 250 cubic centimeters.”

MUCUS TROOPERS ADVANCE Sickness absence among British workers is now at an all-time low – or at least since records began over 25 years ago. We were absent an average of 4.3 days which is the lowest rate since 1993 when it was 7.2 days. Minor illnesses such as coughs and colds accounted for almost 25 per cent of days lost, followed by musculoskeletal problems including back pain, neck and upper limb problems, accounting for 22.4 per cent. TUC general secretary Frances O’Grady believes the fall in the sickness rate shows that “it is a myth that UK workers are always throwing sickies”. She commented further: “We are really a nation of mucus troopers, with people more likely to go to work when ill than stay at home when well.” 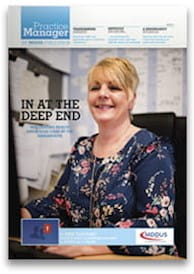