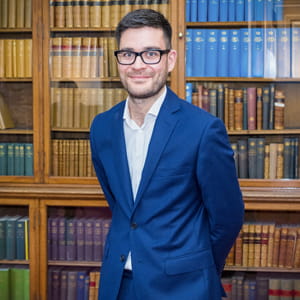 FEW attitudinal surveys can match the roughly 95 per cent response rate of the GMC National Training Survey conducted each year among UK doctors. The 2017 survey highlighted an alarming statistic. Over five per cent of respondents reported being a victim or witness of bullying and harassment at work but did not want to report it. Among the specialties with the highest reported bullying were medicine, obstetrics/gynaecology and surgery.

The Royal College of Surgeons of Edinburgh (RCSEd) had posed that question in their own membership survey in 2015 and found that 34 per cent of respondents perceived that they had been bullied, with 37 per cent having witnessed bullying of a colleague. These and other observations prompted the college to launch a campaign in 2017 encouraging healthcare professionals to speak up and change the toxic culture in which such behaviour is tolerated.

David Riding is an ST6 in vascular surgery and, in his role as member and now chair of the Trainee Committee of the RCSEd, he has helped to develop and promote the Let’s Remove It anti-bullying and undermining campaign. The project has seen significant success in highlighting the issue and educating the profession with its online resources and outreach activities.

How did you get involved in the Let’s Remove It campaign?

I got elected to the Trainee Committee about four years ago and just as I started the then president of the college, Professor Michael Lavelle-Jones, instigated a survey of the members in which they were asked if they had ever experienced or observed bullying in their place of work. Over a third of people had, which was obviously incredibly high. We couldn’t really ignore that data and so the College decided to do some investigatory work about what’s behind the problem. How do people feel about it? What is the evidence base? What are the education and training aspects? And basically it opened a Pandora’s Box of issues. None of it was surprising. Everyone who works in medicine and particularly surgery knows this kind of behaviour goes on. It’s one of those things that’s been brushed under the carpet.

But the key thing was that the more we looked into it, the more we realised it’s actually a patient safety issue as well as something that affects the mental health and wellbeing of our colleagues. That’s when we decided we needed to have a proper campaign. Both to highlight the issue and to campaign against it, to educate people how to handle undermining and bullying within their departments.

Isn’t it almost a cliché – the bullied and harassed surgical trainee?

Absolutely. I’ve been a doctor 13 years now and it’s definitely improved in that time but you still find it – that sink or swim approach. There are so many clichés involved in this work. One of the things often said was that the best surgeons don’t accept anything less than perfection and so if you don’t offer perfection as a trainee then you’re right to be called out for it – which is nonsense.

There is this image of surgeons as autocratic decisionmakers who save lives on a daily basis and all this kind of rubbish. People accommodate to their egos. So you’d often hear it said: he’s a great surgeon but one of the most unpleasant people I’ve met. And our argument is you can’t be a great surgeon if you’re treating your colleagues like this. It’s about shifting the way people think about it.

Is there almost a kind of laziness in that attitude – not wanting to deal with people’s feelings?

Exactly. The excuse is that, as long as the patient gets a good outcome, does it matter? But actually we know that patients get worse outcomes when they are treated in departments that have this kind of problem. So if you look at some of the big scandals in recent years like Mid-Staffs hospital or Morecombe Bay obstetric care, you realise that often underpinning poor clinical decision making is bullying and intimidation of people who don’t feel like they can speak up about it. This has allowed it to continue for years and years.

Look at fitness-to-practise hearing reports on the GMC website. People are censured for making serious and repeated clinical errors but there is often a coexisting culture of bullying that suppresses whistleblowing. So it’s a really complex situation.

It’s incredibly difficult to speak up in such a hierarchical profession as medicine. You’re a junior doctor who’s got six months’ experience – are you really going to take on the professor of surgery who’s been there for 50 years? You just think: ‘You know what, I’m going to keep my head down and get through the next two or three months and then I’ll be rotating somewhere else’.

Have you experienced bullying in your training?

I definitely experienced it as a student. I didn’t feel victimised as such; everyone was treated badly by certain consultants. The other thing is I’m a white guy who works in Manchester. All the data shows that if you’re from an ethnic minority or female or from an LGBTT background you are much more likely to experience this stuff and much less likely to continue your career in surgery. So I’m not necessarily the person who would be the first to be bullied: purely because of my skin colour. There is definitely a racial undertone to a lot of this stuff and that’s borne out by the evidence.

Do you ever hear the accusation that your generation complains too much?

Absolutely. We get a lot of that when we go around the UK presenting this material. That kind of lazy criticism: ‘just another 30-something millennial complaining about working as a surgeon. We’ve all gone through it so why shouldn’t you?’ What we do is try to reframe it: ‘Why should we have to put up with this? None of us enjoy it. None of us benefit from it. All it does is create a cycle of abuse where only certain people get through the system’. Yeah – I’m often called a snowflake though I usually respond that I grew up in Blackburn which is no place for snowflakes!

What are some of the effects of bullying?

I’ve seen very senior trainees in tears, clinically depressed, as a result of this kind of stuff. It’s shattered their confidence. It makes them ill. And when they tell you what they’ve experienced, they worry because they think it sounds trivial. People throwing scalpels at you or screaming two inches from your face tends not to happen much anymore. It’s a lot of the low level stuff which is really insidious. I think now with email and social media it’s easy to go behind people’s backs and comment. None of it is clear and obvious. It’s just a pattern of behaviour that over time wears people down.

Is it possible to be unaware that you are a bully?

The section on our website that received the most hits when we launched was the one entitled: Are you a bully? Most people don’t set out to be a bully but they have to be sensitive to their behaviour and have to understand the impact it can have on others. Running through like a bull in a china shop with your Type A personality might not be to that trainee’s benefit. People need to be able to understand that and change.

I think also it’s a generational thing. I think with our generation – particularly as you get more women in the profession – this stuff will diminish naturally. But we just need to give it a bit of stimulus and make it clear what the red lines are. We are trained to be more self-reflective and self-analytical. In the past I don’t think people have been as self-analytical about their behaviour – and that’s changing.

Find out more about the Let’s Remove It campaign and access a range of helpful resources here. 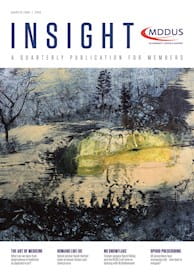