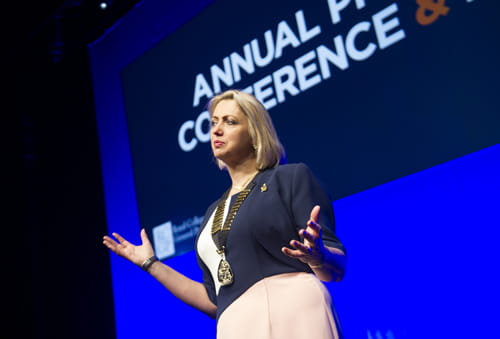 "IT HAS been quite a rollercoaster," says Professor Helen Stokes-Lampard when I ask her about her 11 months as Chair of the Royal College of General Practitioners. The highs, she says, have been "amazing, remarkable, the best job in the world", but the lows, about 20 per cent of the experience, have been "pretty grim".

"It’s been fascinating how social media has kicked off in certain areas," she says, by way of explanation. "Some pressure groups get very personal and nasty."

Does she care to name any? She brushes this off with a hearty laugh. "Let’s not go there!"

The aggro is not wholly unexpected, says Stokes- Lampard – after all, she was RCGP Treasurer between 2012 and 2016 and worked closely with two previous Chairs, Clare Gerada and Maureen Baker – and she understands that most of it is directed at the role rather than at her personally.

She clearly likes metaphors and uses a particularly vertiginous one to make her point: "It’s like I’m constantly walking a tightrope in high heels."

The pressures facing GPs, says Stokes-Lampard, can be summarised under the heading "workload". "I think just about everything else falls into workload, because it is going up inexorably. We have an ageing population, they have more chronic long-term conditions and the population is growing as a baseline, whereas the number of GPs is not growing.

"More work is being pushed into the community without the resource necessarily following it, which is putting stress and pressure on GPs at a time when we are more regulated than we’ve ever been. We’re having to tick a lot of boxes when what we want to do is deliver person-centred care. The stress is leading to burnout and to people haemorrhaging from the profession."

She credits Clare Gerada for raising the alarm about the coming crisis in general practice long before it was clear to others, and Maureen Baker for launching the RCGP’s Put Patients First: Back General Practice campaign. This led, in England, to the GP Forward View, promising 5,000 more GPs, 5,000 more allied healthcare professionals and £2.4 billion extra per year for NHS general practice by 2021.

With the GP Forward View already on the table in England – and the College looking to secure comparable promises for Scotland, Wales and Northern Ireland – it was clear to Stokes-Lampard that her tenure should not be about starting something new but rather seizing the baton and taking it forward.

"I felt this was too important a time to destabilise what the College was doing for the sake of vanity, she explains. "I genuinely felt that the right thing was to hold to account, not to mess things around and start again. And that seems to be working so far."

Combined with the high-wire media act that comes with the territory – although she admits to quite enjoying "the adrenaline rush of a big media day" – this holding to account makes for a punishing schedule. Some weeks will see her travel from one end of the country to the other and back again. "The good bits, of course, are that I’m meeting GPs all over the place, but it’s physically very demanding."

One regular port in the storm is the day a week she continues to work in the Lichfield practice where she has been a partner since 2002. It’s a job she loves, and working with patients "helps to keep you grounded", she says. It also means that when it comes to discussing the pressures on GPs and practice teams due to workload, regulations and lack of investment, these are issues she understands intimately.

"I absolutely do," she says. "Our practice is merging to survive. We’ve struggled to get partners and we’re not able to bid for new work or innovation because we are regarded as too small. When I speak about these things they are from the heart, because I am living it."

If one were plotting a route to become Chair of the RCGP, you would hardly set off from where Stokes-Lampard began. For starters, she never planned to go into medicine at all, not considering herself "bright enough". But following a good set of exam results at her comprehensive in South Wales, her expectations rose. Medicine it was – but after qualifying at St George’s in London, she then opted, not for general practice, but for obstetrics and gynaecology.

It was only later, when her career progression had stalled somewhat, due to a surplus of obstetrics and gynaecology trainees, that she considered a change. "Truth be told I was getting a bit frustrated," she says, "probably because I was a bit stuck at a certain training level. I wanted to do more. I wanted to be teaching and doing research as well as the clinical stuff so I decided to move across to public health."

But to do public health, she was told, she needed some experience as a GP. At that point she sought advice from Dr Steve Field, who, coincidentally, would go on to become RCGP Chair himself. "He encouraged me to apply for an academic GP job and within months of starting in my training practice I realised I’d come home."

It was, she says, a Damascene conversion. "I realised that this was actually what I’d always wanted to do: the continuity of care, the wide-ranging nature of practice, the intellectual challenge and the opportunities to do research and teaching. It just ticked all the boxes for me."

Looking at her subsequent career, what sticks out a mile is her inclination, and ability, to wear several hats at once. When she finished her GP training in Birmingham, for example, she became a part-time principal at the Lichfield practice, while also working as an academic at the University of Birmingham.

And as her academic career flourished – becoming, among other things, interim head of the Department of Primary Care, head of Academic Community-Based Medicine Teaching, and clinical director of the Primary Care Clinical Research and Trials Unit – there were always other hats too: a working party here, a personnel group there, at the RCGP locally and nationally, and as a mentor for Doctors in Difficulty.

When I bring it up, she points out that the "many hats" habit started long before this. "I have always wanted to improve my working environment and that of my colleagues," she says. "When I was in my sixth form college I set up a branch of the NUS. When I was in medical school, I was President of the Student Union. When I was a trainee GP I got involved as a trainee rep with the College."

But despite her many roles within the RCGP over the years, combined with her experience and success, she "never in a million years" thought it would lead to being Chair. "I’d always seen myself as a kind of backroom influencer, the sort of person who organises things quietly to make it run better, which is why I was Treasurer. It was only seeing it up close that I started to realise my own passion and that perhaps I did have the ability."

Now, as she approaches her first anniversary in the role, I ask, with all the challenges faced by the profession in the coming years, what does the future hold? "Times are really tough," she replies. "But what I want – hope – is to restore pride to our profession and joy to the consultation. I want GPs to have the time to care for their patients so that general practice becomes, once again, the medical profession of choice where GPs can enjoy working for their entire careers." 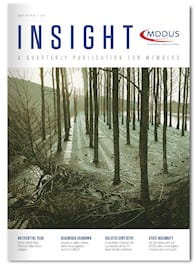