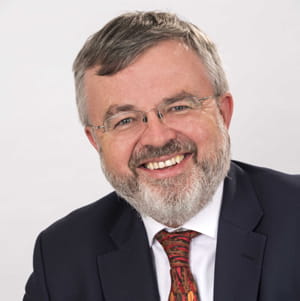 THE UK Government is pushing ahead with its plans to introduce state-backed indemnity in England by April 2019. Secretary of State for Health and Social Care Jeremy Hunt announced the plans at the RCGP Annual Conference in October last year. Since then, government officials have met with a number of stakeholders, including medical defence organisations, to discuss the way ahead. In April 2018 the Welsh Assembly announced it too would introduce a state-backed indemnity scheme (SBIS) for all GPs by April 2019. No decisions have been reached yet by the devolved administrations in Northern Ireland and Scotland.

MDDUS had given a cautious welcome to the plans when they were made but has been pushing government hard since then to put some meat on the bones of the announcement. We recognise that concerns about the cost of indemnity were high on the agenda of GPs in England and Wales and that solutions needed to be found. However, as it stands, much of what is proposed remains unknown and information has been slow in coming out about what exactly is proposed, how it will be run and who will run it.

We do know that the government intends to launch a public consultation in the summer on whether regulated healthcare professionals should be permitted to hold only regulated nondiscretionary products in respect of clinical negligence liabilities at some stage in the future.

MDDUS has been speaking to all levels of government to try to ensure that the form of SBIS chosen is best for GPs, best for patients and best for the taxpayer. There has to be a comprehensive end-to-end service – one that seeks to protect the reputation of the individual doctor as well as the balance sheet of the NHS. That’s vital to protect patient confidence and relationships. The current model for hospital indemnity doesn’t provide that and isn’t therefore fit for translation to the primary care context.

We are also concerned that many GPs do not realise the significance of what is being proposed. SBIS will not cover non-claims work such as appearances in front of the GMC, professional conduct disciplinary hearings or coroner’s inquests/fatal accident inquires, and the provision of medico-legal advice – all of which are included in indemnity with MDOs currently. When similar changes were made in the consultant market in the early 1990s, many consultants opted out of MDO membership – only to have a very rude awakening when they found themselves without support in front of the regulator or in local disciplinary proceedings.

Fundamentally, we feel that the governments in Westminster and Cardiff have failed to address the cost drivers of the increase in indemnity and have chosen instead to shift the cost onto the public purse. Supposed savings to individual GPs may also not be as significant as is being made out in some quarters, especially as the new scheme progresses.

That’s why MDDUS has been lobbying politicians across the UK on the risks associated with introducing state-backed indemnity without first addressing the drivers of the increasing costs affecting GPs. We have also been trying to establish just how the scheme will operate, how it will be funded and how government intends to enhance, rather than distort, the vibrant competition in the MDO market that has delivered value and quality improvements over the past decade.

We have been active in lobbying the House of Lords around the Civil Liability Bill, in relation particularly to the personal injury discount rate (PIDR) elements. In February 2017, we had the astonishingly bad decision to reduce the PIDR from 2.5 per cent to minus 0.75 per cent – a legally flawed decision which will have a legacy cost of hundreds of millions of pounds. As part of our lobbying on the Bill, we highlighted five key messages for the government to address as part of the process of setting the new discount rate to ensure fairness for all and ease wider pressures on the healthcare system.

As well as individual lobbying, MDDUS was part of a coalition of organisations which called for urgent action to reduce the £1.7 billion clinical negligence bill in England. Along with the NHS Confederation, which represents organisations across the healthcare system, we called on parliamentarians to reform how the discount rate is set. Let us hope government pays as much attention as the broadcast and broadsheet media did to this important message.

The changing market forces at play have also led to MDDUS introducing a claims-made product for GPs in England, called MDDUS VALUE, as an alternative to our gold standard occurrence-based product. More details on this can be obtained from our Membership Services Team.

We will continue to speak on behalf of our members and ensure that they receive a full professional service, and we would hope soon to have more information to pass on to you. 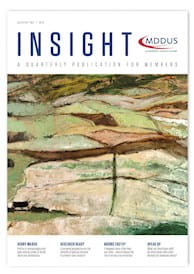