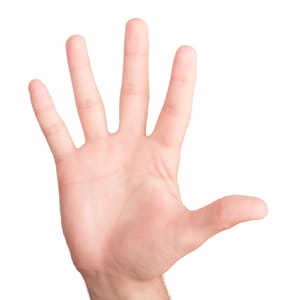 MDDUS has highlighted five key messages for the Government to address as part of the process of setting the new discount rate to ensure fairness for all and ease wider pressures on the healthcare system.

This follows the recent House of Lords debate where proposals to reform how the discount rate is set were discussed as part of the second reading of the Civil Liability Bill.

MDDUS chief executive Chris Kenny said: "We have been at the forefront of the discount rate debate to put some rationality and hard evidence into the system and it is imperative that a new rate is set as soon as possible that is fair to claimants and defendants alike and gives the market greater certainty."

MDDUS has highlighted the following five key messages for the government to address:

Mr Kenny said: "We welcome the Government’s offer to reflect on many of these points, but expect to see that reflection leading to firm proposals in later stages of the bill’s passage.

"We fully accept that there must be reasonable compensation for patients harmed through clinical negligence, but this needs to be balanced by society’s ability to pay. By setting the discount rate with reference to 'low risk' rather than 'very low risk' investments, this more accurately reflects evidence of the way in which claimants choose to invest their compensation payments.

"We urge the government to commit to having a revised rate in in place as soon as possible. Justice officials have indicated that the bill is unlikely to be passed until April 2019. However, there is widespread concern that this may slip further due to the pressures on parliamentary time caused by the Brexit process and associated legislation.

"It has been widely recognised that the current rate has created over-compensation and the NHS, medical profession and society more widely simply cannot afford further delays.

"While we agree that the expert panel should be involved in rate reviews as per the methodology set out in the bill, we believe that the first review should be conducted without their input. This would create further delays and there is nothing to prevent a new rate being fixed now on the basis of the information already available."

On the issue of the rate review period, MDDUS believes this should be every five years rather than three. Mr Kenny added: "The drawback of review over a relatively short period of time is that the review process may be undertaken when it is unnecessary, at an expense and creating uncertainty in the market. Under the bill as drafted, no sooner has a new rate been fixed than the review process will effectively start again.

"A five-year review period (as a minimum) would mitigate the risks associated with this, including ‘gaming’ of the litigation process.

"Finally, it would be a missed opportunity not to consider repeal of Section 2(4) of the Law Reform (Personal Injuries) Act 1948 which disregards NHS care when calculating cost of future care.

"Awards continue to be calculated on the basis of the costs of private sector care, when all the evidence shows that those who receive damages, quite rightly, use excellent and readily accessible NHS services where they can do so."