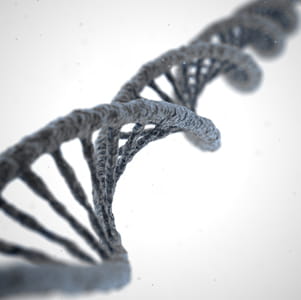 MOST legislation views the collection of human tissue and personal data as quite separate and distinct.

In the UK, we have different laws that govern these in the form of the Human Tissue Act 2004 (Human Tissue (Scotland) Act 2006) and the Data Protection Act 1998 (DPA), respectively. But, given that human tissue is a source of medical and genetic information, might we be creating a distinction that is not only unclear but also unhelpful in practice?

Within every nucleated human cell there are 23 pairs of DNA strands that if joined end to end would be approximately one metre long. Coiled around itself and then spooled, these molecules are packaged into chromosomes in a space a few millionths of a millimetre across. And what these ribbons of DNA contain is information – data just as personal as your national insurance number or the collective answers you may have given to a series of probing questions. Thus, human tissue, whether a biopsy sample of your breast or prostate or a blood spot or hair follicle, is a little memory stick packed full of around 700 MB of data written not in words or numbers but in the coded language of organic chemistry.

Why then do we view human tissue as something distinct from the personal data we collect in healthcare? Why do we need different legislation to govern its storage and use, and to protect against its abuse? What would happen if we viewed our blood samples as data collections , albeit written in a different format, but nonetheless readable and understood by appropriate means?

The legal status of human tissue is at best uncertain. One professor of law recently noted that “the approach of the courts when considering proprietary...interests in human bodily material has been pragmatic and piecemeal”. Traditionally, most countries do not recognise any property value of the human body and, therefore, of human tissue. At common law, tissue is seen as a thing belonging to no one. What about body snatchers? – you may ask. Well, they were charged not with stealing the body (you cannot steal what is not owned) but with disturbing the grave and stealing the shroud.

However, our concept of tissue has had to evolve in light of advances in technology. Our previous approach was based on the notion that tissue was merely stuff. Tissue can now no longer be seen as a simple aggregate of cells but rather as a collection of information. If tissue is information, how should we deal with it in the law and how as healthcare professionals and researchers should we be expected to handle, transfer and potentially profit from it?

Much has been written about the ownership of tissue in recent years. In the last decade several high-profile court cases around the world have addressed this issue and brought into question our traditional views of tissue. In the UK, the most prominent of these was Jonathan Yearworth and others v North Bristol NHS Trust (2009). Several men about to undergo chemotherapy had semen samples frozen by the hospital to allow them to father children should their treatment render them infertile. Unfortunately, these semen samples were destroyed due to laboratory equipment failure and the men sued for damages.

Initially these suits were unsuccessful as the Court did not view the semen as the men’s property, but the Court of Appeal of England and Wales subsequently ruled that the appellants had, “for the purposes of a claim in negligence...ownership of the sperm which they had ejaculated”. In 2010 and 2011, two courts in Australia took a similar approach when deciding the ownership of stored semen samples of deceased men.

The Yearworth ruling was seen by many as a watershed, marking a new approach to the issue of human tissue ownership. Others, however, have argued that what was upheld by the Court of Appeal were not property rights, per se, but only limited rights of control.

Thus, the real question may not be one of ownership but one of control, and as we have seen these are not necessarily the same things. If human tissue is to be used for research, for example, it is hard to imagine that the individual from whom the tissue was taken could be directly harmed by its use. However, it is easy to imagine how such an individual could be adversely affected by the misuse of the data derived from his or her tissue.

If we regard tissue as data in the first place, then the full force of data protection legislation applies and the unwarranted use, storage, sharing and exploitation of the tissue would be prevented. The principles of data protection are designed in fact to protect people by placing significant responsibilities on those who collect and store data, while conferring rights on those who are the subjects of the data. If it is all about preventing unwanted information trafficking, then control of that information is of paramount importance and data protection principles are, in practice, more about control than ownership.

However, it would also mean that tissue, when viewed as data, would become a commodity to be owned and traded, potentially for financial gain. Currently, tissue has value but no price; data has both. If tissue is data in a different format then it too is subject to a rethink. In some countries, such as Germany, they have formally ruled that tissue is not data, but in other countries they are not so sure and anyone working with human tissue samples should be aware of where these arguments are going and the impact future rulings might have on our practice.

But our legal approaches to this question have often turned on another dimension of human tissue – that of dignity. This is a complex concept, but dignity is the principle that perhaps best encapsulates what is important and unique about human tissue. In order to preserve the dignity of the human body there are inevitably certain things which we may wish to do with tissue that courts may decide are inappropriate.

It is not consistent with any meaningful concept of human dignity that the human body could be viewed as a commodity with a price, but information has always had a price and our data can be owned and therefore traded. It can also of course be stolen, but so can DNA. The Human Tissue Act created a new crime in the UK of DNA theft, whereby it is an offence to have “any bodily material intending that any human DNA in the material be analysed without qualifying consent”. If you can steal DNA, surely it must be owned by someone in the first place.

Perhaps, the best way to ensure that we preserve this dignity is to view human tissue as equivalent to sensitive personal data, wrapped in the bundle of legal protection that this definition confers. Direct application of these data protection principles in the collection and storage of human tissue samples would thus ensure both the protection of unwanted information flow and might uphold the special status of human tissue. 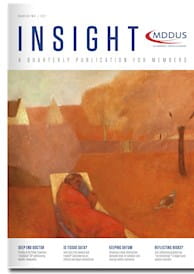