...Dr N receives a letter of claim alleging clinical negligence in failing to refer Mrs J immediately to a consultant neurologist to investigate the bony lump...

A 46-year-old marketing executive and mother of three – Mrs J – presents at the GP surgery with a head lump on her scalp just under her left hairline. She first noticed it about six or seven months ago and it appears to have grown. The GP – Dr N – undertakes an examination and records: bony prominence, apprx 3cm, raised 1cm; developed 6-7 weeks duration. No other symptoms are reported, such as headache or visual disturbances.

Dr N refers the patient to a private hospital for an X-ray. Two weeks later the radiologist reports by letter that no significant abnormality has been identified. Dr N phones Mrs J later that week with the results but states she will contact the radiologist for further clarification.

Over the next two weeks Dr N attempts to contact the radiologist by phone without success. She then writes him a follow-up letter asking whether any further investigations might be warranted given the obvious bony nature of the lump.

Less than a week later Mrs J is out walking her dog and suffers a grand mal seizure, falling onto the pavement and injuring her cheek and elbow. She is taken to A&E. A CT and MRI scan reveal a meningioma with cerebral oedema.

A review is undertaken by a consultant neurologist and Mrs J is scheduled for non-urgent surgery. Two months later the tumour is excised and a titanium mesh is inserted.

Six months later Dr N receives a letter of claim alleging clinical negligence in failing to refer Mrs J immediately to a consultant neurologist to investigate the bony lump, or to arrange a CT/MRI scan. It is further alleged that Dr N failed to take immediate action to clarify the “normal” findings from the radiologist.

The claimant contends that immediate referral would have led to an earlier diagnosis and prevented the seizure and resulting injury suffered in the fall – and also spared her significant anxiety and distress caused by uncertainly over a period of months.

Separate action is taken against the radiologist in the case.

MDDUS lawyers instruct a GP expert to review the case. In his report the expert opines that it was entirely appropriate for Dr N to first arrange an X-ray to investigate the bony lump, given that there were no other associated symptoms.

The expert also notes that the claim that Dr N failed to take action to clarify the “normal” results can be refuted given her attempts to contact the radiologist and query the need for further investigation.

An opinion on causation is also commissioned from a consultant neurosurgeon. The expert expresses the view that even with a diagnosis immediately following the first consultation with Dr N it is unlikely that the tumour would have grown significantly; nor would anti-convulsant medication have been started prophylactically and therefore the seizure is likely to have occurred in any case.

A letter of response denying all liability is sent by MDDUS on behalf of Dr N and the claim is subsequently dropped – as also is the separate allegation against the radiologist as it is his contention that the X-ray alone could have reasonably been interpreted as hyperostosis frontalis interna. 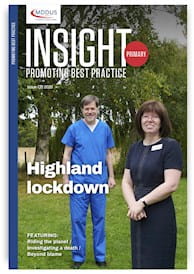 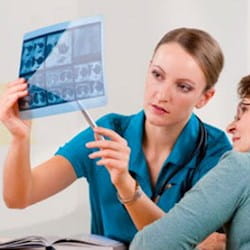