"VUCA” – and the secret to surviving in uncertain times 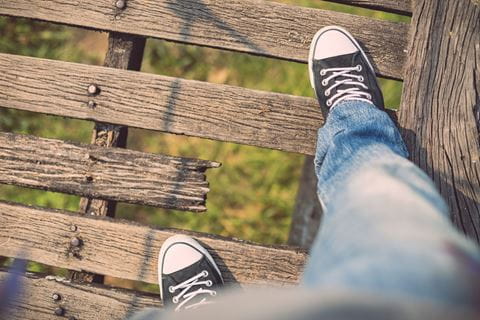 THE use of acronyms, especially TLAs (three letter acronyms) pervades our lives and conversations. I tried to avoid them in the presence of patients because of the confusion that might be caused.

The lesson was learned from a lady whose husband had recently completed 15 years in the army, when they had lived in 12 different homes. During her initial examination, she heard me use the dental acronyms “MOD” and “RCT” and wanted to know what the Ministry of Defence and Royal Corps of Transport had to do with her teeth.

Another acronym, adapted from the military by a couple of business thinkers, can be applied to the times through which we are living now. The word “VUCA” stands for Volatile, Uncertain, Complex and Ambiguous. When I first read about “VUCA” I thought of the apocryphal Chinese curse: “May you live in interesting times”. The saying is usually used ironically, it being better, and perhaps easier, to live through “uninteresting” times of peace and tranquillity rather than “interesting” ones of trouble and problems.

Yet we are experiencing VUCA times, both as a society and a profession and the best way to deal with this is by acknowledgment, acceptance and anticipation. VUCA stands for:

We need only to look at the political and economic situations in Europe and the rest of the world where the effects of Brexit, Covid and war in Ukraine are influencing our professional and personal lives. Add in the coming climate crisis, shortages of raw materials and inflationary forces.

Next look at the changes in disease patterns, consumer demands and expectations and the evolution of roles within medicine in general and dentistry in particular.

The effects of marketing, the internet, attitudes to professions and the influence of external forces have a direct impact on dentistry. Who could have predicted the widespread use of aligners even a decade and a half ago? What about scanning technology?

Throw in the evolution in practice structures with fewer principals and more associates due to the increase of corporates and groups.

Of course we don’t know what we don’t know, and that adds stress to people working within the profession who may start to have doubts about their future careers.

Firstly there are the direct, knee-jerk, instinctive responses. These are based on our previous experiences and may well prove to be short-term fixes for immediate survival.

Instead, try to focus on these more proactive “VUCA” responses:

V: To deal with Volatility we need a clear Vision. An ability to see, welcome and embrace change. Whoever said “change is the only constant” was right; resistance only leads to the slow being left behind. Clarity around your values and fundamental principles are important, as is a willingness to be “light on your feet”.

U: Deal with Uncertainty by working on your Understanding of the forces at play. If the rules are changing you will need to amend what you are doing to reflect the changes. What are others doing that is having a positive effect for them? If your patients are expecting different things then make sure you are listening. Analyse your performance as a matter of routine. What has come as a surprise? What should you change? How will you introduce that change?

C: Deal with the Complex by embracing Clarity. Success has always needed some faith, hope and clarity but now is the time to ensure that you must be clear about what you are doing, your team members understand that and why you are doing it. Communicate clearly with everyone: team, suppliers and patients.

A: Fight Ambiguity with Agility. Be flexible, adaptable and encourage people to come up with ideas. Be prepared to embrace some changes and habits that might have seemed unwelcome just a year ago.

Finally, there is one important point that I learned from times as a novice practice owner, when I found things changing daily, even hourly. In 1990 a new NHS contract, imposed with minimal, if any, consultation was followed by clawback two years later. The general economic background was five quarters of recession, interest rates above 12 per cent, inflation at 9.5 per cent and unemployment as high as 10 per cent.

I was so used to VUCA as an actuality but without a name, I just accepted that life was like that. It was then that I made the decision to move away from the NHS. In times of constant change, it can often make sense to go with the flow and change with them. A few scars from those “interesting times” remain but no regrets.

Alun K Rees is an experienced dental practice owner who works as a coach, consultant, troubleshooter, analyst, speaker, writer and broadcaster. Find out more at www.dentalbusinesscoach.co.uk