MR J is a 53-year-old smoker with a history of asthma. He attends his local surgery complaining of shortness of breath, wheeziness and a persistent cough along with a fever. The GP – Dr L – examines the patient and refers him to A&E. Later that day Mr J has a chest X-ray and is discharged with antibiotics.

A letter is received at the practice from the hospital indicating that a review of the X-ray revealed an opacity adjacent to the right hilum. The letter states that this is likely to be due to infection but the practice should arrange a follow-up X-ray for Mr J in about six weeks. The letter is stamped and a tick is made against Dr L’s name suggesting that he has seen the letter – but the follow-up X-ray is not actioned and the letter is scanned and filed.

Mr J attends the surgery again with a productive cough and shortness of breath. Dr L prescribes amoxicillin and tells the patient to re-attend if his symptoms do not improve.

Mr J is back at the practice again complaining of severe shortness of breath and a persistent cough. A two-week course of antibiotics offers no improvement. Dr L refers the patient to hospital for another chest X-ray which shows a 6 cm mass in the upper right lobe. Mr J is admitted to the chest unit and a CT scan and bronchoscopy with biopsy confirm non-small-cell bronchial carcinoma. The tumour is considered inoperable due to its position abutting the mediastinum just above the right bronchus. The CT also reveals some nodal spread and the patient is referred for chemotherapy.

A LETTER of claim is received by the practice from solicitors acting on behalf of Mr J alleging clinical negligence for the delayed diagnosis of his lung cancer. The main allegation is over Dr L’s inaction in response to the letter from the radiologist advising a follow-up X-ray in six weeks.

MDDUS acting on behalf of Dr L reviews the relevant case documents, including a report from a primary care expert. A further expert report is obtained from a respiratory physician in regard to causation in the case.

In his statement Dr L confirms that the letter had been received in the practice and marked as read but the follow-up chest X-ray had not been highlighted and actioned. The letter was subsequently scanned and filed. The primary care expert concludes that the failure of Dr L to act on the advice of the letter – particularly when Mr J presented on several occasions with respiratory symptoms – fell below expected standards of care.

The respiratory physician is asked to assess causation in regard to two particular questions: was the abnormality detected on X-ray at the initial A&E visit likely to be the tumour subsequently identified and would the treatment and outcome have been different if a cancer diagnosis had been made after the intended repeat chest X-ray?

The expert finds that the rounded spiculated mass identified as the tumour is present in both X-rays and has enlarged over the eight-month period. A CT scan subsequently confirmed spread to the para-tracheal and mediastinal nodes.

In regard to the delay in the diagnosis the expert points out that in non-small-cell carcinoma, removal of the tumour offers the best cure. Radical radiotherapy (sometimes with the addition of chemotherapy) can also offer effective treatment – and the smaller the tumour the better the chances.

The surgeon in the case had judged that on balance the tumour was not curable by removal due to its position, but the expert states that a lobectomy might have been possible had the tumour been diagnosed within six weeks of the initial X-ray presentation. Radical radiotherapy might also have been a more effective treatment option in a smaller tumour – enhancing the patient’s chances of long-term survival.

Given the obvious breach of duty of care and the expert view on causation, MDDUS decides in agreement with the member to settle the case. 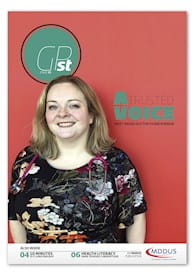