Medicine on the edge 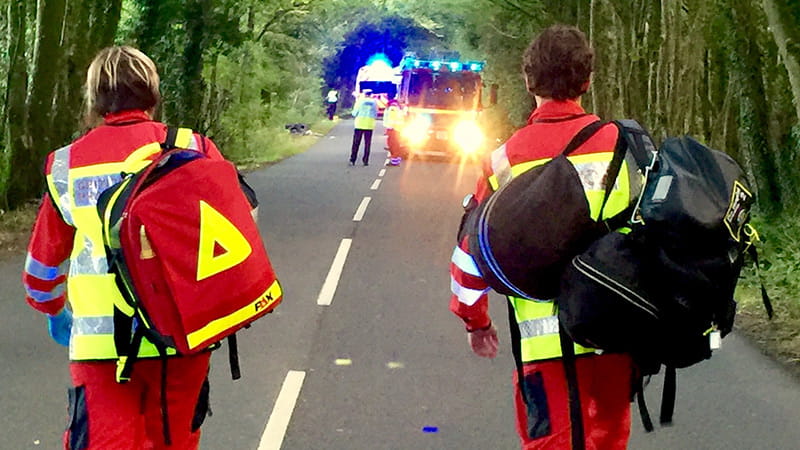 COGNITIVE overload is not a risk that most of us often have to contend with in our jobs – or at least not as it is defined by Dr Stephen Hearns, lead consultant at the Scottish Emergency Medical Retrieval Service (EMRS).

Consider the scenario: a paraglider piles into a 500-foot cliff on the island of Arran. He is left dangling from his chute with a broken lumbar spine and some cord compromise. A helicopter approaches for a rescue but gusts from the rotor fill the chute and threaten to blow the casualty off the cliff. So an emergency medical consultant is lowered down from the clifftop to assess the patient, administer analgesia, secure him into a stretcher as the chute cords are cut and he is winched up into the helicopter.

Dr Hearns likes to characterise the psychological factors at work here using a concept known as the Yerkes-Dodson law, which describes the relationship between performance and arousal (see graph below). Rising levels of stimulation in the medic lead to a point of peak performance but beyond that excess stress causes increasing anxiety with a serious drop in performance. Says Dr Hearns: “In this situation I think most of us would be quite far over to the right of the curve and quite dysfunctional.” And he should know as this scenario happened to him just over a year ago. 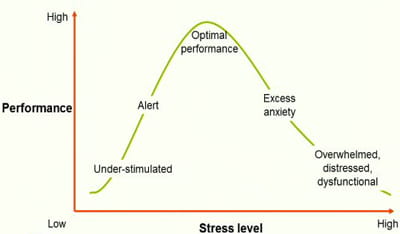 I recently visited Dr Hearns at the EMRS base of operations in a hangar next to the main runway at Glasgow Airport. The team is part of SCOTSTAR (Scottish Specialist Transport and Retrieval), which is a division of the Scottish Ambulance Service and is funded by NHS Scotland to provide critical care and safe transfer to definitive treatment for patients in remote healthcare locations and at accident scenes across the country – from the Shetland islands to the Borders.

"Two teams are on duty every day," says Hearns. "Both are consultant-delivered. We never go out with anyone less than a consultant. The second member of the team is either a trainee doctor or a nurse or paramedic with advanced critical care training."

EMRS carries out over a thousand retrievals each year and is tailored to the particular needs of Scotland where over 10 per cent of the population live more than an hour away from a hospital with an intensive care unit or an emergency department – many of these in remote and rural areas.

"There are 24 small hospitals in Scotland that don’t have on-site intensive care," says Dr Hearns. "So if somebody comes into those hospitals critically unwell or seriously injured there are not the facilities to provide definitive care for them. Our job is basically to take an intensive care unit with us in the helicopter or plane, fly out to that small hospital, stabilise the patient and then transport them safely to definitive care. We call these secondary retrievals."

EMRS also has a vital role in carrying out “primary retrievals”, which usually involve flying to the site of serious accidents and providing prehospital care. Says Dr Hearns: "This might be a car accident or where someone has fallen from a building and is seriously injured. We can bring the emergency department to the patient. That includes securing airways, providing emergency anaesthesia, blood transfusions and some types of surgical procedures and then stabilising them and taking them to a major trauma centre."

The team is also on-call for major incidents involving multiple casualties. EMRS provided emergency medical support at the 2013 Clutha bar helicopter crash in Glasgow and recently at a major accident on a rollercoaster at an amusement park in North Lanarkshire.

You are offloading the cognitive burden by planning what’s predictable and practising that.

It is in delivering time-sensitive, life-saving care in such high-pressure circumstances that cognitive overload can become a serious risk and challenge for the team. "Retrievals are basically unpredictable," says Dr Hearns. "It’s very easy for our guys to become overloaded in trying to carry out lots of interventions and assessments in a small team. But there are predictable components. So what we do is plan and practise the predictable components so that during an actual retrieval we don’t have to think so much about those."

Rigid procedures and protocols with constant drilling and simulations are therefore key to the service. The team has 148 standard operating procedures (SOPs) covering the various clinical scenarios they might face in any retrieval. These have been worked out in the "cold light of day", says Dr Hearns. “You want to be able to perform a number of procedures that are predictable but with the minimal amount of thought or cognitive function so that the rest of your brain is left to say: ‘Right, how do I interpret this ECG or ultrasound? What’s actually wrong with the patient? What do I do next?’ So you are offloading the cognitive burden by planning what’s predictable and practising that."

One major innovation that has also helped reduce cognitive overload and transformed the care provided by EMRS is the development of a mobile app (left) with immediate access to all 148 SOPs along with a wealth of other essential tools and information, such as drug calculators and formularies, direct dial telephone numbers for hospitals, information on landing sites and what clinical facilities are available where.

"A team can be in flight to the island of Barra,” says Dr Hearns, “and find out that the aerodrome is eight miles from the hospital and takes 18 minutes to reach. It has no X-rays, it has no blood and if we are taking someone from Barra we are going to the Queen Elizabeth in Glasgow."

The team also employs multiple checklists to ensure nothing essential is missed out in delivering emergency care. "We use a two-person check and response system with one person reading out the list and the other checking." The system is used at all stages of a mission from restocking emergency medical bags, checking equipment and supplies before departure, carrying out procedures on-site and also before leaving the scene. Restocked and checked medical bags are then sealed with plastic tabs before the next mission.

"That means if we are going out on a job and the various pockets are sealed we know that everything we need is in that bag."

Drill and drill some more

In free time between missions the duty team makes use of an on-site simulation suite with medical manikins, or uses mobile manikins to practise procedures in more difficult circumstances such as in stairwells or in a cramped helicopter cabin.

"There are certain procedures that might have 20 or 30 stages. So if we drill everyday so that everyone is confident about how to perform a procedure – such as anaesthetising a patient or how to put on a splint or start a blood transfusion – it will take up less of our cognitive bandwidth when we are with an actual patient."

These are only a few of many innovations that have made the EMRS team recognised world leaders in the field of retrieval medicine. The service has been instrumental in the development of a diploma in retrieval and transfer medicine at the Royal College of Surgeons of Edinburgh, with candidates from all over the world. Each year EMRS also runs a conference in Glasgow on retrieval medicine. Dr Hearns believes the service provided by EMRS will become even more vital in future.

"The increased move towards centralised specialist services is improving outcomes but you’ve got to get the patient safely to those specialist centres. That’s where prehospital care and retrieval medicine comes in. It provides equity of access to people wherever they are in the country."

Reducing risk - making yourself available (in more ways than one)