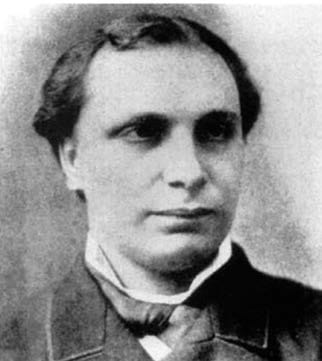 HE WAS "always in a hurry and always had a book under one arm". This was how one colleague remembered the man others described as tall, imposing, charming and of "oriental appearance". He was Frederick Akbar Mahomed and his role in our developing understanding of hypertension has now been all but forgotten.

Mahomed was born in Brighton in 1849. His paternal grandfather had emigrated to England from India and married an Irish woman, and his mother was English.

A precocious child with a fascination for mechanical toys, he began his medical studies aged 18 when he attended the Sussex County Hospital for two years. He then transferred to Guy's in London where he excelled academically.

In 1871, he won the Pupils' Physical Society Prize for his work on a device that he had been modifying and using to study the pulse. This was the sphygmograph. He did not invent the device used for clinically assessing the pulse wave, but he did modify it to make it portable, improved its sensitivity and made it quantitative. Using his sphygmograph, he studied the pulse in hundreds of patients with a variety of diseases and importantly made the connection between "high arterial tension" and functional renal damage. In one paper, Mahomed states: "The pulse ranks first amongst our guides; no surgeon can despise its counsel, no physician shut his ears to its appeal..."

In 1877, he gave the first description of apparently healthy individuals with raised blood pressure, thus identifying what would later become known as essential hypertension. His description of this condition is perhaps as valid today as it was when written 140 years ago:

"Let it be clearly understood, the existence of this abnormally high pressure does not necessarily mean disease, but only a tendency towards disease. It is a functional condition, not necessarily a permanent one... These persons appear to pass on through life pretty much as others do… As age advances the enemy gains accessions of strength; perhaps the mode of life assists him – good living and alcoholic beverages make secure his position, or head work, mental anxiety, hurried meals, constant excitement, inappropriate or badly cooked food... tend to intensify the existing condition... Now under this greatly increased arterial pressure, hearts begin to hypertrophy and arteries to thicken…"

Thus, Mahomed was one of the first to attempt the clinical measurement of blood pressure and as one biographer puts it, he was "the first to correctly describe one of the most common medical scourges of humankind".

He qualified as MRCS in 1872 and with the security of a position at Highgate Infirmary in North London, he married Nellie Chalk, with whom he had a son and a daughter. Tragically, only three years later, Nellie died of septicaemia shortly after childbirth. Mahomed later married Nellie’s sister Ada, but had to do so abroad as marriage to a dead wife’s sister was prohibited at the time in England. He and Ada had a further three children. Tragedy struck again for the family in 1884. While working at the London Fever Hospital, Mahomed contracted typhoid fever and died of a haemorrhage three weeks later. He was only 35.

Interestingly, most of Mahomed’s observations and discoveries relating to hypertension were made while he was still a medical student or a newly qualified doctor, between the ages of 23 and 25.

For his work, he was lauded briefly and loudly by his peers, but just as quickly the light of his celebrity faded and today his contributions are barely mentioned. There were undoubtedly a number of interconnected reasons for this: his fertile research mind had quickly moved on to other problems, and his own enthusiasm for the implications of his work on the pulse led some to question whether he had over-interpreted his results and whether he simply saw hypertension everywhere. But, perhaps most of all, it was because he died a young man, leaving no coterie of acolytes behind to sing his praises.

Some have also questioned whether his Anglo-Indian appearance and his obviously foreign name might have contributed, but there is no good evidence that racial prejudice played any part. Indeed, his startling and apparently unhindered academic progress would suggest that he faced no such obstacles.

Shortly after his death, as with many of those who die prematurely, the plaudits flowed in from his professional colleagues. Many were keen to highlight how great a loss his death was to the profession. One contemporary concluded simply: "It is impossible to say what such a man might not have done."

Dr Allan Gaw is a writer and educator in Scotland