MONTHS away from planned implementation, state-backed indemnity remains a great unknown and here at MDDUS we share the frustration of our members over the lack of detail about the scheme. Comment from MDDUS Chief Executive Chris Kenny 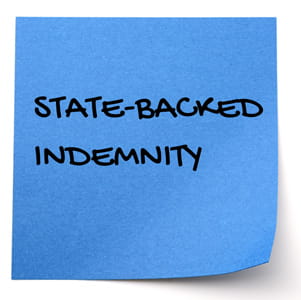 IT is hard to believe that well over a year has passed since Government announced their intention to introduce a state-backed indemnity scheme (SBIS) for GPs in England (and later annouced for GPs in Wales). Unfortunately, since then, information and details from Government about the scheme and what it means for GPs have been sadly lacking.

The reality is that now, only a handful of months away from its planned implementation, SBIS remains a great unknown and here at MDDUS we share the frustration of our members over this complete lack of detail and its impact on primary care services and staff.

We have been pressing Government to provide much more detail on the operating and funding plans for this new scheme for some time now, yet little has been forthcoming. There has been no consultation over the future plans. We believe it is a high-risk approach by Government that fails to protect GPs’ professional reputation and removes choice. As independent contractors, GPs should have the option to choose an integrated indemnity and advice product as compared to the state-backed scheme.

We do not support the proposals and have made clear to Government that we do not think it is right for our members.

GPs need detailed and specific answers on a wide range of issues, including the cost of the scheme and the impact on other parts of their remuneration. They have a right to expect unfettered choice, so that they can decide for themselves whether to stick with organisations with expertise in the full range of medico-legal problems in primary care, rather than be frogmarched into an untested claims-only monopoly state system.

We have started to make some of these arguments publicly.

Those who want absolute assurances that their personal professional interest, not the financial interest of Government, will be at the heart of the decision-making must be able to opt for that service.

We have offered up a model for discussion that would have been far better for members and the NHS as a whole. We have also sought guarantees from Government that no GP principal will be financially disadvantaged by this new scheme when compared to proposals MDDUS has put forward. To date, no assurances have been given. That’s bad news for GP partners – and for patients in areas of greatest social need, as that’s where any reduction or top-slicing from the global sum hits hardest.

One thing we do know for sure is that the scheme will not cover you for non-NHS work, representation at inquests, GMC hearings and disciplinary investigations. It will also not include advice and support – something highly prized by MDDUS members. The BMA recently backed the need for GPs to maintain membership of an MDO for that very reason, stating it "will be essential to maintain medical indemnity".

This is evidenced by the fact that over the past 12 months, MDDUS’ team of expert medical advisers handled 6,561 calls and opened nearly four thousand new case files from GP members relating to issues NOT included in the government scheme. We will still be there for you. The MDO model is recognised as a gold standard. That’s because it tackles GPs’ problems comprehensively – claims, regulation, inquests, discipline. It puts preservation of the doctor’s professional reputation and integrity at the centre of all decisions and doctors are involved in the key decisions on their claims. "No decision about me, without me" works for doctors as well as patients.

Writing MDOs out of a claims service is a false economy – and a threat to GPs’ professional standing. That’s why we expect the state-backed schemes in Wales and England to preserve these principles.

And what does this all mean for our GP members in Scotland and Northern Ireland? There’s no reason for the other devolved nations to follow suit given the totally different market. The issues are very different and, in MDDUS’ view, do not call for a similar response. Our subscription rates in Scotland are significantly less than those in England and, in fact, lower than they were in 2011.

We will continue to lobby Government to ensure that the views of members are at the forefront of the decision-making process. In the meantime, you can keep up with the latest news on state-backed indemnity on the MDDUS SBIS information hub.