Briefing: The state of indemnity 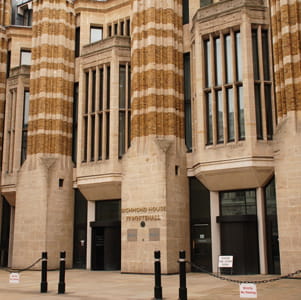 I THINK it is fair to say that the issue of GP indemnity has never been a hotter topic.

Since the last edition of Insight, the Secretary of State for Health, Jeremy Hunt, has announced the introduction of a state-backed indemnity scheme for GPs in England to be in place by April 2019. It is to be established and “administered” by NHS Resolution – but who will run it day-to-day and how is still up for grabs.

This has prompted a mixed response from the GP community, and one other medical defence organisation (MDO) has used it as a platform to launch a “claims-paid” product that we believe is a poor second best to our valued occurrence-based cover. The Department of Health has sounded an unprecedented note of caution about this type of product which “only covers claims which are reported and settled during the period of cover,” meaning GPs would have to pay for run-off cover separately.

MDDUS has been at the forefront of negotiations with the Department of Health and professional bodies throughout the UK to shape and influence what a state-backed scheme might look like.

We are working round the clock to ensure that any deal is right for our members and their patients. We have also set up a specific webpage (State-backed indemnity - what you need to know) to keep our members up-to-date with what is happening: just visit www. mddus.com and you will find a link on our homepage.

The rising cost of indemnity has been a major issue for GPs. MDDUS believes that the reasons for this are down to Government’s failure to take decisive action to reduce the increasing number and value of claims, and the addition of significant new costs by the misguided lowering of the discount rate to minus 0.75 per cent.

The initial idea of a state-backed scheme may sound attractive but we need to ensure any such scheme is future-proofed for inflation and doesn’t just bring members back to the position we are in now but with no MDO backing. That’s why we believe it’s so important that GPs have the ability to opt out and make their own choices about indemnity with no financial detriment.

As a not-for-profit mutual funded by our own members, with no shareholders to pay, we have been able to keep our costs as low as we can, ensuring adequate indemnity for all our claims: historical, current and future.

It is vital that members know that a state-backed scheme will not cover them for non-NHS work, representation at inquests, GMC hearings and disciplinary investigations and will also not include advice and support – something highly prized by MDDUS members.

MDDUS is pushing the Government to spell out the details of what is involved and commit to tackling the real issues behind rising indemnity costs before GPs can make a choice on the scheme.

GPs need detailed and specific answers on a wide range of issues including the cost of the scheme and how it will be managed and still ensure they have a choice with fair competition. GPs have the right to expect such detailed assurances – and indeed, the scheme can’t operate without these in place.

The Government’s failure to reform the law of tort and cap the costs that lawyers are taking from the NHS and GPs has been the main driver in rising indemnity costs. That’s outside the control of MDOs, and a state-backed scheme does not address these issues. Health expenditure generally and GP remuneration in particular will continue to be squeezed because of this failure.

That’s why, on behalf of our members, MDDUS has sought detailed assurances on nine key principles (see our webpage). Among these is a commitment that claims must be handled in a way which protects patients and the professional reputation of doctors, as well as the financial interests of the state. GPs must be able to choose who provides the claims indemnity for them and their practices and organisations. That means a financially neutral choice with the same public support available to all GPs inside and outside any state-backed scheme.

If handled correctly and with all of our assurances in place, this may prove a welcome development for GPs in England. But an ill-defined scheme providing only short-term relief to a problem that is much wider and with many more issues at its core will not help anybody.

The recent announcement only affects GPs in England. MDDUS operates across the UK and is in discussion with the devolved administrations in Scotland, Northern Ireland and Wales about the direction they may wish to travel. The hazy and uncertain English model currently emerging looks a risky step into the unknown, taking no account of the very different circumstances of GPs elsewhere.