THESE are divided times - and negotiating professional neutrality has hardly seemed tricker in this "messy fallible business of being human". Professor Deborah Bowman offers some insights 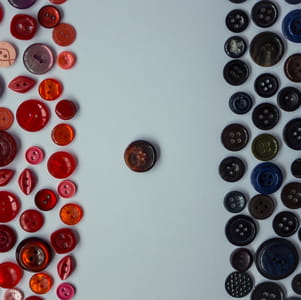 THESE are divided times. Polarised opinions and debate that sometimes generate more heat than light characterise public discourse at present. Neutrality is a rare phenomenon – and the notion of neutrality can attract suspicion and even opprobrium. Neutrality risks collusion, some argue. Others suggest that neutrality rarely supports the most vulnerable. It may be seen as the "easy way out", dodging difficult questions and exposing a lack of moral courage.

In healthcare, divergent opinions and the role, or otherwise, of neutrality are live questions. At the time of writing, The Royal College of Physicians has invited its members to vote in a poll on its position on assisted dying. The tone and content of the discussions have, mostly, been considerate and inclusive. Nonetheless, it is clear that different people hold opinions that are hard to reconcile. Consensus looks, at the time of writing, likely to be impossible.

I have been working recently on difference amongst clinical teams, particularly in services where moral questions are particularly visible and personal. The question of the extent to which clinicians do and should bring their own views to responding to moral questions arising in specific cases has been a recurrent theme. Regulators distinguish between personal and professional perspectives, with the former generally not considered to have a place in clinical practice aside from situations where conscientious objection is legally permitted. Yet, in the messy, fallible business of being human, where emotions (conscious and unconscious) inevitably inform how we discern, conceptualise and react to situations, that line can be difficult to hold.

To suggest that anyone will be without opinion, preference, intuition, emotion and bias seems to deny, or at least misunderstand, the essence of human beings. We cannot avoid the personal, the subjective and the interpretative. What’s more, clinical care is often better for it – compassion, empathy and kindness draw on our humanity. What is needed perhaps is an overt and considered reflection on, and engagement with, our own views, experiences, perceptions, preferences and priorities. That is easy to write and immensely difficult to do, of course. To be honest about ourselves and to remain open to those who challenge, disagree and refute what we sincerely value can be painful, particularly if the encounter with difference is aggressive, hostile and personally critical.

Perhaps harder still is to admit to ourselves that we do hold personal views and have emotional responses that may, unwittingly, leak into our professional roles and affect relationships. I used to run a session with colleagues on taboos in medicine in which we explored themes such as patients who prompted fear, dislike or affinity. Even admitting that this was so was discomforting and unsettling for participants and for us as the facilitators.

Yet this sort of reflection and tussle with our humanity and difference allows us to negotiate neutrality – to evaluate for ourselves what the value and potential harms might be of our personal views, particularly when encountering those who disagree or working in situations where a patient or colleague is making a choice or apparently behaving in ways that are hard to understand. In my work, I consider it essential that clinical teams, patients, students and colleagues can be open about their own moral views and preferences. For me, that depends on them knowing that I will not judge their ethical perspectives. That is not to say I do not question what I hear (which in many ways is the core of my work) but it is to try to prevent people second-guessing what opinions might prompt my agreement or disagreement and to encourage others to speak freely.

As a patient, I am grateful that my clinicians have never revealed, intentionally or otherwise, what they think of choices I have made during my care. That is not to say they have not been careful about giving me the information I needed to weigh options and understand the potential implications of the same, but I have been able to be open about my views on different interventions because I did not know theirs. I trust them as a result of the way in which they negotiate neutrality.

I am not neutral on moral questions and problems. However, I do negotiate neutrality professionally. That is my call and the right decision for me. It may not be so for others. We all have a different relationship with our personal and professional identities and views. The point is not to impose a single model or approach on others, but to encourage everyone to reflect on and interrogate how their opinions, experiences, emotions and preferences inform interactions with colleagues and patients. We are complex creatures whose relationship and negotiation with neutrality will vary and differ, just as our opinions do. That does not matter. To avoid recognising that we do so, however, does matter.

Ethics: “Even nurses are not compassionate anymore…”