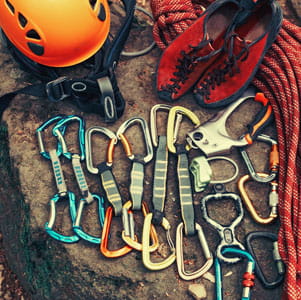 DETAILS of the new Clinical Negligence Scheme for General Practice (CNSGP) in England and the Future Liability Scheme (FLS) in Wales have now been released – and GPs may assume that these state-backed schemes will provide all they’ll ever need in terms of professional advice and support. Some may give hardly a second thought to the idea of retaining their medical defence organisation (MDO) membership from 1st April 2019.

However, it may come as a shock to discover that there are a number of key exclusions to NHS cover, leaving some unsuspecting clinicians having to pay hefty legal bills out of their own pocket.

While it’s true that GPs will be indemnified by the NHS for work done within an NHS contract, they will continue to need membership of MDDUS following the introduction of CNSGP/FLS, as there are a number of key areas where NHS cover will not provide assistance.

The schemes will not cover non-NHS work, representation at inquests, GMC hearings and disciplinary investigations. Such situations can seriously impact careers and could ultimately result in a GP being struck off.

The scheme will also not include advice and support – something highly prized by MDDUS members. It is crucial to have access to support and guidance from experienced medico-legal advisers. This is evidenced by the fact that over the past 12 months MDDUS’ team of expert medical advisers handled more than 6,500 calls and opened nearly 4,000 new case files from GP members relating to issues NOT included in the government schemes. Also in the past 12 months, MDDUS assisted more than 200 GPs facing GMC investigations (see “Case in point…”) and advised 513 members who were called to appear at coroner's inquests. In addition, we helped almost 2,500 members deal with patient complaints – another key area that won't be covered by CNSGP/FLS.

As these figures show, there are a huge range of areas where GPs will not get support from the new schemes and will need supplementary expert help. You can be sure that MDDUS will still be there for you.

We have developed a new product specifically designed for GPs practising under CNSGP/FLS that provides essential advice and assistance. MDDUS GP Protection (GPP) costs significantly less than our existing indemnity package and provides the following benefits:

A letter will be sent from MDDUS to all GP members in England and Wales providing more details on MDDUS GP Protection (GPP), and you can also find out more by consulting relevant links on the homepage of mddus.com.

* Private work (non-practice-registered patients): we can extend your membership to include access to indemnity for a range of medical work outside of your practice setting, including private GP work, occupational health, sports medicine, cosmetic medicine and work as a forensic medical examiner

A case in point...overprescribing allegation

Dr W arrives at the surgery to find a letter waiting from the General Medical Council. A complaint has been made to the regulator by the nephew of one his patients – Mrs B – who recently died of cancer.

Allegations attached to the letter state that Mrs B had numerous medical conditions that were treated with high levels of pain medication. The nephew – Mr K – reports that his aunt abused her prescribed medication and suffered frequent falls due to overdoses, and on several occasions became an inpatient at the local hospital were staff told him that his aunt did not require this "cocktail" of pain killers and sleeping tablets. The GP is criticised for the management of her medication.

Mrs B was a difficult and demanding patient as acknowledged by all involved in her care – doctors, nurses, social workers and home help – but she did have a trusting relationship with Dr W who had been her GP for many years. Prior to her death she informed her family that she planned on leaving Dr W something in her will. It was assumed that this would be a memento or a small sum of money but it turned out to be a substantial portion of her small estate.

In his statement Mr K suggests that the GP allowed himself to be manipulated by Mrs B in expectation of being favoured in her will. There were also charges that the doctor breached the patient’s confidentiality in discussing her care via a series of text messages with Mr K.

The GMC letter states that the matter will be investigated and two case examiners will decide what happens next.

Dr W contacts MDDUS in distress as this is the first GMC complaint made against him in over 30 years of practice. He speaks first with a medical adviser who reassures him that, handled appropriately, most complaints do not proceed past the investigatory stage. The adviser outlines standard GMC procedures in a letter and Dr W is invited into MDDUS offices to discuss the case with an in-house lawyer, highly experienced in dealing with GMC cases.

A GMC medical expert later assesses the complaint, patient notes and other associated documents and produces a report which is largely supportive of Dr W, apart from the alleged confidentiality breach. The MDDUS in-house lawyer carefully studies the report and drafts a detailed letter of response. The letter refutes all the allegations one by one and in particular establishes that Dr W had consent to discuss Mrs B’s care with her nephew. It is submitted that Dr W has complied fully with GMC guidance and shown additional insight, undertaking relevant CPD in relation to confidentiality and carrying out an SEA leading to revised practice policies/procedures.

Six months after the initial complaint, Dr W receives a letter from the GMC stating that the investigation has been concluded with no further action. The GP writes to MDDUS:

“I would like to express my thanks at the help I received during a recent complaint against me to the GMC by a patient’s relative. At all times I was met by a professional but sympathetic and friendly attitude by your staff, especially Lindsey McGregor. I am pleased that the outcome was very much in my favour thanks in large part to the MDDUS representations and advice."