WHAT do healthcare staff do when faced with a bad decision by someone senior? 'Authority gradients' are a prime consideration in safe team working. 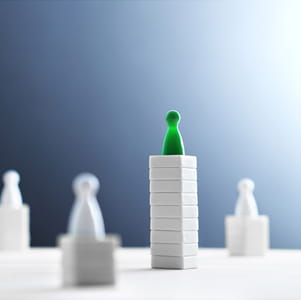 CONSIDER again our scenario from the last risk alert (March 2018 eMonthly): a 42-year-old man suffering with severe nausea and abdominal pain is 20 minutes late for a GP appointment. He explains the reason behind the delay to the receptionist (bad traffic) but the practice operates a strict policy whereby a patient more than 10 minutes late will be asked to re-book an appointment for the following day.

The receptionist is concerned and calls through to one of the senior partners but is told the policy is there for a reason. That evening the patient is taken from home by ambulance to A&E and admitted to ITU with a ruptured appendix.

The receptionist later laments not challenging the decision. “I just sit at the front desk and answer the phone. It’s the doctor’s call.” This powerful statement sums up the often difficult position staff can find themselves in when faced with what seems to be a bad decision by someone senior.

Much has been researched and is known about the part which 'authority gradients' can play in errors, but how well is it really understood and applied in healthcare situations? The term was first defined in aviation where it was observed that pilots and co-pilots may not communicate effectively in stressful situations and where there is a significant difference in experience, perceived expertise or authority (Cosby et al, ACAD EMERG MED 2004).

The Institute of Medicine report To err is human first explored the concept in the practice of medicine, yet relatively little to date has been published regarding the potential role of authority gradients in medical errors, which may remain unrecognised in the undertaking of significant event analysis (SEA).

In any organisation with different levels of professional stature and seniority, authority gradients can be intrusive – especially when senior staff have influence over career progression in those being supervised. This can make it extremely difficult to speak up and challenge the decisions of people in positions of power or authority.

Some organisations recognise these risks and seek to maintain what is known as a ‘shallow authority gradient,’ whereby everyone is actively encouraged to contribute opinions/suggestions and an overall consensus emerges which is then acted upon. This can be a desirable approach for managing more routine, non-critical decision processes where there is the luxury of time. The downside to a shallow authority gradient is that in times of stress or crisis, where leadership and decisiveness are required, critical decisions may not be taken promptly, with adverse consequences resulting from delay.

Conversely, other leaders and managers may opt for a ‘steep authority gradient’ where they are seen as the decision makers and expect instructions to be acted on without question or further discussion. This may be desirable in times of crisis but it does not serve to foster shared responsibility and decision-making, nor empowerment in staff to speak up and speak out to challenge transparently flawed decisions.

In reality, the recognition and use of authority gradients are specific to situational awareness, which requires those in positions of authority to demonstrate self-awareness and be prepared to adjust their preferred gradient approach to meet the prevailing conditions and threats.

One high-profile medical error case where authority gradients played a major role involved a junior hospital doctor administering intrathecal vincristine to a patient instead of the safe indicated intravenous route. Despite this being against the junior doctor’s own judgement, he allowed himself to be pressurised by a more senior colleague into doing so. After repeated questioning of his superior he eventually accepted the reassurances given and administered the drug, which subsequently led to the slow and agonising death of the patient.

The aforementioned Institute of Medicine report on medical error acknowledged the importance of team-working and the need to improve communication between care givers. Openness should be viewed as a positive attribute to minimise medical errors and poor decision-making. The scope of potential approaches in the management of situational awareness is too vast to do justice to in this article, however one element which should be fostered is the active encouragement of all team members to speak up and challenge decisions without fear of recrimination. A simple but effective start in developing the required skills could be the agreement of key alert phrases that can be employed by any member of the team to communicate escalating threats.

This could commence with a lower level statement such as “I can see a potential problem here” progressing onto more active statements, such as “I’m worried”, and in extreme situations, a direct challenge such as “something is wrong, you need to stop what you are doing / see this patient now!” Adopting this approach has been shown in the aviation environment to assist both the junior and senior officer in distinguishing between curiosity, concern and real threat, resulting in saved lives.

THE Government has set out a commitment to provide better mental health and wellbeing support to NHS staff in England, including a dedicated service giving confidential advice and help 24 hours a day.

What needs to be considered when healthcare professionals decline the offer of a coronavirus vaccine?