The importance of being flexible

IN any clinical setting, adopting too rigid an adherence to protocols can add risk. Sometimes a more flexible approach is required 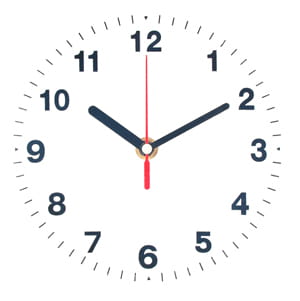 CONSIDER the scenario: a 42-year-old man has booked an emergency appointment. He is suffering with nausea and abdominal pain but drags himself out of bed and is driven by his wife to the surgery. Traffic is bad and they arrive 20 minutes late for the appointment.

He explains the delay to the receptionist but is not reviewed or examined as the practice operates a strict policy whereby a patient more than 10 minutes late will be asked to re-book an appointment for the following day.

Later the patient is taken from home by ambulance to A&E and admitted to ITU with a ruptured appendix.

Such a scenario is all too plausible in our experience at MDDUS. Strict policies relating to patient’s arriving late for appointments are not uncommon in primary care. The reasons for taking such an approach may be understandable within a busy medical practice, for example to manage patients who habitually turn up late and cause significant operational problems.

A general observation about such an approach is that it can also impact on the majority of patients who usually turn up in good time but may sometimes be delayed due to unforeseen, unusual or unavoidable personal circumstances. The policy itself could therefore be viewed as a fairly ‘blunt instrument’ when applied rigorously and inflexibly, instead of addressing specific behavioural issues typical of only a small cohort of patients.

Enforcing such a policy without any built-in flexibility also carries significant risk – as may occur when turning away a patient who may be suffering from a serious medical condition that is then left undiagnosed and untreated, exposing the practice to potential criticism, complaint and even a medico-legal negligence claim in the event of an adverse outcome.

This type of regimented “ten-minute-late” policy may also be viewed as somewhat ironic by patients who have turned up in good time for their appointment but are left waiting twenty or thirty minutes longer. Patients may recognise that their doctor’s time is valuable and important but it could also be reasonably argued that their time is valuable too.

I personally witnessed an example of this kind of policy in action a few years back when I turned up at a practice to deliver a training session to an administration team. On entering the practice I was aware of an altercation taking place between a receptionist and a patient. Voices were raised, tempers were getting frayed and it was impossible not to hear what was transpiring.

A lady patient was trying to explain that the reason she was 20 minutes late for her GP appointment was due to the school calling just before she was about to leave, informing her that her child had taken ill. She had to pick the child up from school and make arrangements for him to be looked after before arriving overdue for her appointment. She was impressing upon the receptionist that this was a wholly unique and unusual circumstance for her, and that she was not in the habit of being late for doctors’ appointments.

The receptionist, however, was adamant that the patient could not now be seen due to her late arrival, and that she would have to re-book her appointment. She continued to repeat that this was the practice policy and indeed was re-enforcing the point by pointing at a notice to this effect that was prominently displayed on the reception window. The confrontation was at an impasse and going nowhere but spiralling downwards.

Eventually a door opened and one of the GPs emerged to find out what the commotion was all about. She was quickly appraised of the circumstances by the receptionist and then (you’ve probably guessed where this is going) she asked the patient into her room where she was given her consultation.

The first thirty minutes of our training session dealt with the fall-out of this event and the anger among the administration team, as it was clear that this was not an unusual occurrence. In effect the practice operated a ‘strict late arrival policy’ which the receptionists had been instructed to apply by the partners, only for their actions to be regularly undermined by the doctors themselves.

I relate this story to emphasise the point that, although there can be a place for implementing such policies, there must also be an element of flexibility involved. An assessment of individual circumstances should be undertaken and a clinical decision made as to whether the patient will be fitted-in or asked to re-book their appointment – especially where the presentation is of an urgent or emergency nature.

Receptionists and other staff who are expected to implement such policies must be fully supported, but also empowered to speak up and challenge when it is felt to be inappropriate. Indeed, in any clinical setting, adopting too rigid an adherence to protocols can add risk and sometimes a more flexible approach is required, even if that necessitates questioning perceived authority (see more on this in our April risk alert).