MOST inpatients in hospitals in England have confidence and trust in the doctors and nurses treating them but overall improvement has stalled, according to findings from an annual CQC survey.

The 2018 inpatient survey involved 144 NHS acute trusts in England and over 75,000 adults who had stayed in hospital for at least one night during July last year. Less than half of people surveyed (48 per cent) rated their overall hospital inpatient experience as ‘nine or above’ out of ten which is down from 50 per cent in 2017 and marks an end of year-on-year improvement previously seen for this question.

The survey also found that 80 per cent of respondents felt they had "always" been treated with dignity and respect during their hospital stay (82 per cent in 2017) and only two per cent said they were not given enough privacy when being examined (unchanged since 2017).

Of those who had an operation while in hospital, 80 per cent said that staff answered their questions in a way they could understand "completely" and 69 per cent said they "always" had confidence in the decisions made about their condition or treatment, a decrease from 71 per cent in 2017.

Over a third (40 per cent) of patients surveyed left hospital without written information telling them how to look after themselves after discharge (up from 38 per cent in 2017), and of those who were given medication to take home, 44 per cent were not told about the possible side-effects.

Responses were also less positive across many question areas for younger patients (under 50-years old) and for those with a mental health condition.

Professor Ted Baker, chief inspector of hospitals, said: "Most people continue to report positively about their interaction with staff, reflecting the significant efforts of healthcare professionals working tirelessly to meet increasing levels of demand in hospitals across the country.

"However, I am disappointed to see the overall lack of progress this year and that in some cases people are reporting poorer experiences, particularly around the quality of information when they were discharged and the integration of their care from different parts of the system. Last year’s survey showed a healthcare system still delivering improvements despite growing pressure. But this year, the improvement trend we have seen for the past six years has not been sustained.

"Staff are working incredibly hard, but it is clear we have reached a point where this alone is not enough. The mounting pressure on the system is having a direct impact on how people are experiencing inpatient care and the need for greater collaboration between local health and care services has never been more apparent." 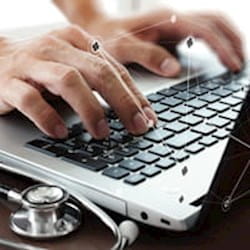