...Mr K returns to the surgery concerned over how much the gum has receded...

Mr K is a 32-year-old sales manager and attends the dental surgery dissatisfied with the appearance of a crown on UR2. The crown had been fitted six years ago after he badly chipped the tooth while mountain biking. He is now unhappy with the colour. The dentist – Dr G – discusses options, including replacing the crown or whitening the natural teeth to better match the colour. Mr K agrees to whitening treatment and this is subsequently carried out.

Mr K states that he is still unhappy with the appearance of the crown and requests a replacement. Dr G provides a treatment plan and cost and the old crown is subsequently removed. The replacement crown is made on the first model as the fit was adequate, and Mr K attends the dental laboratory to ensure the best colour match. Ten days later the new crown is fitted and the notes state that the patient is happy with both shade and fit.

Mr K re-attends complaining that the tooth feels too “tight” and Dr G notes that the crown is not properly seated. It is also evident that the patient’s gingivae are irritated labially. The crown is re-prepared and a new impression is taken. Five days later a new crown is fitted and Mr K is again happy with the colour but some gum recession is noted.

Mr K returns to the surgery concerned over how much the gum has receded over UR2. The patient has a high lip line and the fault is very obvious when he smiles. Dr G advises the patient on correct brushing techniques and discusses further options, including an offer to refund treatment costs. Mr K refuses the refund.

THE practice later receives a letter from solicitors acting on behalf of Mr K claiming clinical negligence in the treatment of UR2. It is alleged in the first instance that Dr G recommended inappropriate treatment in the form of tooth whitening, which was unnecessary and resulted in sensitivity. It is also claimed that the dentist failed to correctly mould the subsequent replacement crown and ensure an adequate fit.

The claim also cites a failure to appreciate that an ill-fitting crown may cause gum recession and that Dr G failed to resolve the complication. The letter states that Mr K is now selfconscious about smiling – a problem for someone who “works in sales” – and the only appropriate remedial treatment is replacement of UR2 with an implantretained crown.

MDDUS instructs an expert dental surgeon to provide an opinion on the case, addressing each of the allegations. The expert considers that the choice of tooth whitening in the first instance was reasonable and, indeed, requested by the patient after discussion of the various options. Mr K was also advised of possible temporary sensitivity.

In regard to the ill-fitting crown the expert considers that it was reasonable to make the replacement crown on the first model as the fit was adequate. He advises that it is not possible to guarantee a crown will fit when it is returned from the laboratory and tried in, as there are numerous areas where the fabrication process can go wrong without any specific or obvious fault.

The expert states that it is unclear from the records what caused the gingival irritation and gum recession. It could be that the margin of the first new crown was not satisfactory and caused plaque accumulation. An excess of luting cement left under the gum margin when the crown was fitted could also have caused inflammation – or the gingiva may have been traumatised when the first crown was drilled. Any of these would constitute a breach of duty and leave Dr G “vulnerable” in court.

In regard to the consequences of the failed treatment, the expert agrees that with the patient’s high lip line the gum recession is noticeable. Various treatment options are possible – including a replacement crown edged with gingival coloured porcelain or referral to a periodontal specialist – but he considers extraction with a replacement implant inappropriate at this stage.

Given the “vulnerability” cited by the expert, MDDUS agrees with the member to settle the case with no admission of liability. 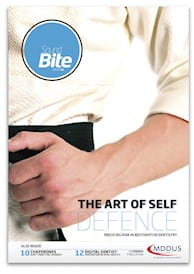