The battle against decay

As the cost of extracting decayed teeth in children soars, Sameera Teli takes a closer look at the causes and potential solutions for this long-standing problem 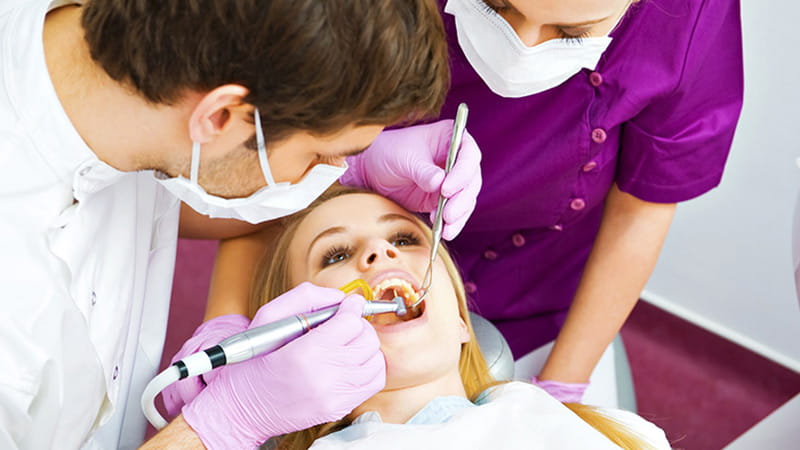 IT WAS the end of World War 2 and the end of sugar rationing that saw consumption of one of the nation’s favourite ingredients sky-rocket.

By 1958 it’s estimated as much as 50kg of the stuff was being eaten per person per year in the UK. Great news for the sugar industry, but not so great for children’s oral health. Back then, the Children’s Dental Health Survey suggests as few as 13 per cent of five-year-olds had teeth without any caries, and only five per cent of 12-year-olds.

Fortunately improvements have been made. The introduction and widespread use of fluoride from the 1970s and greater access to dental care has greatly helped reduce decay levels through preventative measures. By 1983, half of British five-year-olds and nearly a fifth of 12-year-olds had teeth without any caries, rising in 2003 to 57 per cent and 62 per cent respectively.

Despite being almost entirely preventable, tooth decay continues to have a major impact on young people’s lives – but why? And what can be done about it?

It is useful to understand which groups are most at risk. Dental Public Health England’s National Dental Epidemiology Programme recently reported on the prevalence and severity of tooth decay found in more than 110,000 five-year-old children through an oral health survey in 2015.

The number with decayed, missing (due to decay) or filled teeth was the lowest in almost a decade, with a 20 per cent decrease in the level of tooth decay since the last survey in 2008. A reduction in severity of decay was noted for the whole of the UK but not significantly so in all regions. Surveys in Scotland and Wales also showed comparable outcomes over a similar time.

The UK report noted the impact of ethnic background, geographic location and deprivation on levels of tooth decay.

It found decay levels varied amongst ethnic groups, with children from Chinese and Eastern European backgrounds having higher levels of decay experience than any other ethnic groups. This information can be useful at a local level to help better tailor dental services for different patient types.

Geography also played an important part. The report highlighted significant variation across regions: higher decay levels were recorded in northern parts of the UK, particularly in areas with greater levels of deprivation.

So although overall levels of decay are falling, the inequality gap remains. Looking at data beyond local authority level in more detail could help show where the inequalities lie and where more focused help is needed.

In response to this survey, FGDP(UK) Dean Dr Mick Horton said: “The further increase in the proportion of young children free of tooth decay is great news, but the fact remains that a quarter of five-year-olds have an almost entirely preventable disease - and a quarter of these are not even receiving treatment.”

These patterns are reflected in statistics from the Local Government Association (LGA) showing that dental decay is the primary reason children aged five to nine are admitted to hospital in England. Such admissions rose by 14 per cent between 2010-2011 and 2013-2014.

This was blamed on high consumption of sugary drinks and food, prompting renewed calls for action.

The LGA’s community wellbeing spokeswoman Izzi Seccombe said: “As these figures show, we don’t just have a child obesity crisis, but a children’s oral health crisis too. What makes these numbers doubly alarming is the fact so many teeth extractions are taking place in hospitals rather than dentists. This means the level of tooth decay is so severe that removal is the only option.

“Poor oral health can affect children and young people’s ability to sleep, eat, speak, play and socialise with others. Having good oral health can help children learn at school, and improve their ability to thrive and develop, not least because it will prevent school absence.”

Campaigners as diverse as TV chef Jamie Oliver and the British Dental Association have long called for action on excessive sugar intake. In 2013, the BDA launched its Make a Meal of It campaign calling for a 20 per cent tax on sugary soft drinks, a ban on unhealthy food advertising for children, removal of unhealthy vending machines in schools and hospitals, and restriction of junk food at shop tills.

The government appears to have finally responded with an announcement in the recent Budget of a levy on soft drinks companies based on sugar levels in their products.

While it’s hoped measures such as a sugar tax will help, educating parents and carers in good oral health practice is key to making positive changes to children’s behaviours.

An international study involving 2,800 three and four-year-olds from 17 countries examined the degree to which parents’ attitudes towards brushing twice a day and controlling sugar exposure impacted their children’s oral health habits. It also examined the impact of factors such as ethnicity, culture, deprivation, and any previous decay experience.

Results showed widely varying attitudes in families from deprived and non-deprived backgrounds, and in families with and without caries. However it was the parents’ perception of their ability to ensure brushing twice a day and control sugar snacking that was the most significant predictor of favourable habits being adopted.

Parental attitudes have been shown to be imperative in influencing their children’s risk of developing decay, with some commonly held misconceptions and beliefs continuing to have a negative impact:

‘Bad teeth run in the family’

‘They’re only baby teeth, at least they’ll get a new set’

There are numerous ongoing campaigns that aim to improve children’s oral health across the UK, many run by the likes of the Oral Health Foundation, the BDA, and a variety of NHS and government agencies.

One of the most ambitious and wide-reaching is Childsmile, launched by the Scottish Government in 2006 with the aim of improving children’s oral health and reducing dental health inequalities. It aims to reach every child in Scotland, offering free daily supervised tooth brushing at nursery; free dental packs for tooth brushing at home; and care with primary dental services.

Children and families in greatest need are supported directly through enhanced care from primary dental services, with additional home support as well as clinical programmes such as twice-yearly fluoride varnish applications for nurseries and primary schools.

The scheme has been largely well received and since its launch, figures suggest children’s dental health in Scotland is improving, particularly in deprived communities.

Budgets allowing, a nationwide prevention-based approach such as Childsmile could have a positive effect in the rest of the UK, perhaps helping to trim down the NHS’ hefty teeth extraction bill.

What is clear is that the fight against child tooth decay needs to be a multi-faceted one, perhaps encompassing improved health education, national prevention programmes, targeted taxation, and tailored treatment for different patient types. With a bit of luck dentists will continue to see improvements and maybe one day children’s oral health will really give us something to smile about. 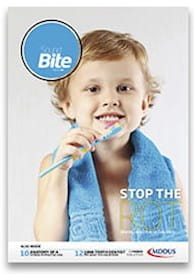