MORE random items of questionable relevance from the PM team…

KEEP YOUR GERMS TO YOURSELF The idea came to GP Dr Robin Kerr of Teviot Medical Practice when he was lying in bed wondering which of his patients had given him the flu. “I was thinking how could I have stopped this. By the time the patient comes in for an appointment with a cold or flu the time has passed – it's no good saying ‘next time you have a cold, consider self-care’.” His idea was a carefully-worded telephone recording – before talking to a receptionist – signposting appropriate patients with cold symptoms in the direction of a community pharmacy to basically tough it out. Research conducted by Dr Kerr and colleagues found that the approach led to a 5.5 per cent reduction in calls continuing through to reception in a period when the incidence of the common cold was at its highest, and a 21 per cent reduction in the mean waiting time to the third available routine appointment. Voltaire did say: “The art of medicine consists in amusing the patient while nature affects the cure.” Source: GPonline

POO-POO TO STOOLS It’s out with the stool and in with the poo at the nhs.uk website. After much analysis of research and feedback, a team of content designers have revealed the words and phrases that they believe are easiest for users to understand. Among the most hotly contested areas is that concerning toilet habits. Diary can officially confirm that peeing and pooing is preferable to urinating and bowel movements. Diuretics are no longer “water tablets”, but “tablets that make you pee more” and stools are something you sit on. They decided against “wee” as this can be too easily confused with “we” or “wee”, meaning small. In a blog introducing the new A to Z list, content designer Sara Wilcox admits: “We get some complaints when we use words like ‘pee’ and ‘poo’. People tell us they see it as ‘dumbing down’, ‘simplistic’ and ‘patronising language’.” But she defends the word choices and says most people describe the language as “clear, direct and pitched at the right level.” So now you know. Get your vocab up-to-date at www.tinyurl.com/yyx9pzxs

AN ANGLO-SAXON DENTAL CONSPIRACY British dentists planning a holiday in the Veneto region of Italy are best advised to keep a low profile. Italian farmers are said to be fizzing over UK warnings that acidity and sugar levels in prosecco are damaging teeth. Professor Damien Walmsley, scientific adviser for the British Dental Association, said: “Prosecco offers a triple whammy of carbonation, sweetness and alcohol, which can put your teeth at risk, leading to sensitivity and enamel erosion.” Imports of prosecco to the UK fell by 7 per cent this year after a decade of growth and the farmers are said to be blaming dentists, along with a Brexit-enfeebled pound. Veneto region governor Luca Zaia called the health warnings “the umpteenth Anglo-Saxon crusade against Italian products”. Prosecco sales are also being hurt by the rising quality and popularity of English sparkling wines. We might be doomed by trade tariffs and climate change but at least we can enjoy some quality British plonk.

JAM IN A JAM Sticking with the theme of sugar shaming, it seems Public Health England (PHE) bears some blame for the drop in popularity of jam. Sales of the fruity spread in Britain fell by 2.9 per cent in 2017, down to £106 million. This follows PHE’s drive to reduce children’s sugar consumption by 20 per cent by 2020. Jam has fallen out of favour as it contains a whopping 10g of sugar per tablespoon. But jam’s loss is peanut butter’s gain, with sales of the nut spread up by nearly a fifth in 2017 thanks to the introduction of new “healthy” and less-sugary upmarket versions. Ironically, marmalade (which contains 12g of sugar per tablespoon) has seen its fanbase increase thanks to the popularity of the film Paddington 2 which is credited with driving a three per cent surge in sales. Who said life is fair?

PRESCRIBING HAPPINESS Considering the current buzz around social prescribing, Diary couldn’t help but cast a sceptical eye over a recent report in the Times highlighting a new US import to London – cannabis yoga. It seems a popular gym chain in the city is among the first to offer “cannabliss” yoga classes, which promise to help customers recover from their “static nine to five”. Participants are given a patch infused with cannabidiol, known as CBD, before doing a series of stretches and yoga poses. The article is quick to emphasise that CBD is derived from the cannabis plant but does not make you high because it contains only tiny levels of tetrahydrocannabinol (THC), the psychoactive element of the plant. CBD, which comes in the form of an oil, has apparently become increasingly popular in Britain over the past year, with capsules for sale in Holland & Barrett. Those in favour of the practice say CBD and yoga “amplify each other’s restorative gifts”, but one yoga instructor admitted that some people felt no effect from the patches and that those who did might have been benefiting from a placebo effect. No word yet on whether cannabliss will make it onto the government’s list of approved social prescribing activities… 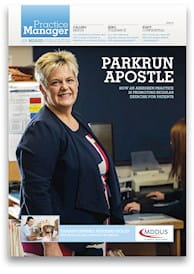