DIARY loves nothing better than to scavenge a nice cake or three leftover from the many training sessions held here at the MDDUS office in Glasgow – just as long as there are no repulsive medical journals lying around the desk to put one off one’s appetite. So what to make of the...

EAT YOUR HEART OUT CAKE SHOP Last month the Pathology Museum at St Bart’s in London held a three-day exhibition/event that featured a shop offering pathological specimens rendered in cake. Among the deliciously disgusting items reportedly on sale: red blood cell cupcakes, fungal toenail cookies, polycystic kidney cakes – not to mention an enormous edible skinless head. The event was curated by Emma Thomas, a freelance artist working in the “medium of cake”. Over 20 cakemakers including students and academics contributed designs to help raise awareness of anatomy and disease. Thomas’ next project is an edible autopsy which she plans to slice up and serve to a select audience. Count me out.

TOY STORY Worrying reports have emerged again of heavy handed anti-toy infection control policies being implemented by over-zealous NHS managers that have sparked the Care Quality Commission into action. It all started when a GP practice in Surrey was reportedly advised to cut down on the number of toys in their waiting room and clean them every day in order to comply with infection control rules. Such advice has been swiftly rebuked by the CQC who say there is no need to banish toys, carpets or soft furnishings from waiting rooms in the pursuit of cleanliness. In a report in Pulse, the CQC said it was aware of a number of PCTs oering this misguided advice to practices but confirmed: “These are matters that are not likely to cause the CQC any concern, or lead to non-compliance with the essential standards of quality and safety.” They even went as far as encouraging practices who have been advised to get rid of toys to report this to the CQC.

THE JOYS OF AGEING Just when you thought getting older was all bad news, a report in the Daily Mail has come along to offer us hope. According to the article, there are many reasons to be cheerful about getting older. Apparently, after the age of 50 we tend to be less affected by seasonal allergies like hayfever, we have fewer migraines, we are less sweaty (thanks to shrinking sweat glands), we are more competitive and we even have better sex. Add that to fewer colds, less sensitive teeth, increased happiness and better stamina and middle age is starting to sound positively appealing. Just don’t mention creaky joints, bad backs and the menopause...

MEDICINAL CHOCOLATE On the subject of keeping healthy, an Australian study published in the BMJ revealed dark chocolate has antihypertensive, anti-inflammatory, antithrombotic and metabolic effects, which are attributed to its high polyphenol content. Research suggests regular consumption reduces systolic blood pressure and plasma cholesterol concentrations. The study explores the rather ludicrous prospect that eating dark chocolate could be cost effective in the primary prevention of cardiovascular events. While it isn’t as effective as statins or ACE inhibitors, this may be offset by better compliance and fewer adverse effects. Prescription for Bourneville, anyone?

YOU’RE ALL FIRED… NOT REALLY Sacking a staff member must be one of every manager’s least favourite tasks. So spare a thought for the HR department at insurance company Aviva. With one absent-minded click of a mouse, an email intended for a single employee was accidentally sent out to the entire 1,300-strong workforce. Imagine their horror upon opening the message which ordered them to hand in keys and passwords before exiting the building, while curtly warning them not to take any confidential information with them. Fortunately, mass panic was averted when the mistake was spotted and a follow-up email was quickly sent out to clarify. One can only hope the confusion was cleared up before any disgruntled employee had taken the opportunity to respond with their own rather more fruitily-worded farewell note. Source: Law At Work

FORGIVENESS THERAPY Holding onto old grudges could be bad for your heart, new research suggests. A study reported in the BMJ claims forgiving could bring about cardiovascular benefits. Blood pressure and heart rate were measured in 202 people while they were thinking about a previous offnce from an angry or forgiving perspective, or while they were distracted. After five more minutes of distraction, participants reflected on the offence. Compared with those who looked back in anger, those who looked back with forgiveness significantly stopped fluctuations in blood pressure both initially and some time later, potentially offering “sustained cardiac protection”.

GIE US A FIVER Or to the non-Glaswegian – hand over my five dollar consultation fee, please. This is apparently how much an 87-year-old family doctor in Rushville, Illinois has been charging his patients per visit since the 1970s. Dr Russell Dohner has become something of a national hero in the US where the Supreme Court recently voted to uphold the Affordable Care Act that limits future healthcare costs. These can be crippling, with a family of four dependent on an employment-based insurance plan expected to pay $20,000 – or about 40 per cent of median household income – on medical expenses each year. That’s not to say Dr Dohner is completely immune to inflation: before the 1970s he charged two dollars a visit. 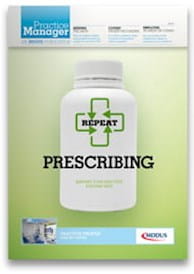