Reflections after a decade at MDDUS

Retiring CEO Professor Gordon Dickson offers a personal perspective on his time at MDDUS and some key issues for the Union moving forward. Feature article from the Winter 2015 issue of MDDUS Summons magazine 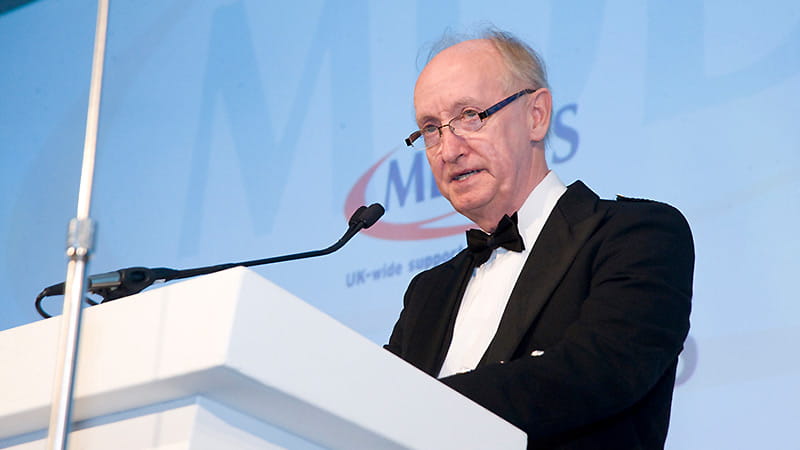 I THINK it was the middle of September when one of my grandsons first mentioned Christmas. It must have seemed an eternity to him to have to wait from then until the 25th December. I have no such problem with the passing of time! Certainly the last 10 and a half years have simply flown past for me at MDDUS and at the end of December my time as CEO will come to an end when I retire.

New Year is a time for reflection on the past and resolutions for the future and so as I come to the end of my time at MDDUS, I wanted to use this short article, my last piece for Summons, to share a few reflections. Outgoing CEOs can feel a little less restrained in what they are able to say and so this piece is more by way of a personal comment rather than a company view.

Standing in my new office in July 2004 was possibly one of the strangest work experiences of my life. My background had been as an academic in risk management but nothing can adequately prepare you for doing it for real. I had even written some textbooks on risk management and that made my transition from talking about it to actually doing it all the more “interesting”. I remember saying to a risk management colleague at the time that it was a bit like having written a book on how to ride a bike, having never ridden one, and then someone gives you a bike and says: “on you go, ride it”. Looking back, I am pleased I did make the leap. Some of the theory does work – and I shouldn’t really sound so surprised. What I would say to undergraduates who are working away on topics that they think may not be all that relevant in later life is that they are and so keep at it.

A good example of theory meeting practice is in the nature of the protection we offer at MDDUS. Students of risk grapple with the technicalities of occurrence-based protection and claims-made wordings. The latter is by far the more common and applies to our house insurance and motor insurance policies, for example. You have a policy and you have to make the claim during the period of the policy. That is relatively easy to operate as there is seldom any gap in time between the occurrence of the fire or motor accident and you knowing there has been a fire or accident.

The same is not of course the case for clinical negligence claims. It can be days, weeks, months or even years after something was caused before it comes to light. A missed diagnosis is a good example. A considerable gap in time can open up before the impact comes to light. Our longest gap between occurrence and claim was 36 years after the birth of a child. Lawyers acting on behalf of the now elderly parents alleged negligence at birth was the cause of their son’s severe disability. We successfully defended our member, at some considerable cost, but it underlined to me the huge weight of risk our doctors carry for many years to come and the very real value of the protection we offer. Contrast this to the case of a prescribing error resulting in hospital admission later that same day and death that night. It is hard to think of other professions where today’s judgements and decisions can have both an immediate impact and one felt decades later.

Perhaps because of that potential for something untoward coming to light, what strikes you immediately upon arriving at MDDUS is just how often members telephone for advice. Well over 15,000 times in total last year and the topics cover a huge range of things from the very simple to the highly complex. It is difficult to think of many professions where decisions are so crucial, matters so complex, outcomes so life-threatening that there is a need for a twenty-four-hour-a-day resource such as we offer. The role of the doctor or the dentist as a decision-maker, often in extremely difficult circumstances, can never be understated.

We need to encourage society to stop thinking that there must always be someone to blame.

As I do look back, perhaps with a slightly philosophical tinge to my reflection, there are certainly a few issues where I have stopped to think and to ask, why are things like that?

Take for example the steadily rising costs of clinical negligence claims. The Union met its first £1m settlement back in 1990 and now such cases are almost commonplace. Our largest settlement to date has been £7.5m with legal costs on top of that. Why is the level of damages so high? Many argue that one factor probably stems from an Act that came into force one year before I was born: The Law Reform (Personal Injuries) Act 1948. In brief, a claimant is entitled to look to private providers for their continuing healthcare needs. In the case of claimants who have long life expectancy but who will require a high level of continuing care, you can see how the costs of private care can so easily mount to a very significant sum. The NHS was launched in July 1948 and some argue forcibly that this particular section of the Law Reform Act needs to be repealed.

A broader question for society is why we leave it to a tortious, adversarial system at all to provide for the continuing healthcare needs of those injured as a result of clinical negligence. Would it not be a hallmark of a civilised society to look after those who need care regardless of how it is caused? Over my 10 years I have often contrasted the outcome for infants who suffered as a result of clinical negligence at birth with those who, for example, suffered a fall that resulted in a similar level of devastating injury. Why are these two cases felt to merit a quite different approach?

This kind of thinking leads to the notion of compensation not student in the early 1970s reading of The Royal Commission on Civil Liability and Compensation for Personal Injury, better known as the Pearson Commission. Pearson believed that the traditional role of compensation had become outdated with the rise of the welfare state. However, his recommendations to move to a no-fault scheme for road traffic and industrial accidents were not acted upon.

Since then the debate continued periodically but no action has been taken. The latest work has been the Scottish Government’s consultation on no-fault compensation for clinical cases. I have to admit to a certain moral appeal in the idea. It would have to be managed carefully and in that management there would of course be a role for the expertise that currently resides in a defence body such as MDDUS.

A final reflection on damages is why a GP practising in England should be roughly three times more likely to have a claim made against them than one practising in Scotland? Why this should be so is open to much speculation and there is a PhD in there for someone. One of the most authoritative comments I have seen is from Sheriff Taylor in his 2013 review of the funding of civil litigation in Scotland when he looked at several forms of personal injury claim and found that they all exhibited far lower rates of frequency in Scotland than in England. He concluded that there was possibly a different culture in Scotland with regard to litigation. Why that might be, if it is indeed the case, remains a question but my own belief is that the increasing privatisation of healthcare outside Scotland, the treating of healthcare as a consumer product and the rise in claims management companies will all play a part in the attitudes of patients and hence their propensity to claim.

We have no masters other than our members, no need to generate a profit for anonymous shareholders

And so, what about MDDUS? As we move from 2014 to 2015 we have a steadily rising membership (especially outside Scotland where we already have the vast majority in membership), a very healthy balance sheet, a cohort of extremely loyal and committed staff and a Board focused on providing the very best service possible to members at the most competitive price. The signals are all positive and so the future is bright. Competition will continue, but competition is good in any free market. New providers may well continue to appear in the market, thinking that they can turn a profit quickly and, like others in the past, they will realise that this is not the case and then move on to other ventures.

The MDDUS derives considerable strength from its mutual status and I believe our members are well served by this model. We have no masters other than our members, no need to generate a profit for anonymous shareholders, no incentive other than to keep the weighty promise we make all members that if they need us, no matter when that is, we will be there to assist. Mutuals have enjoyed a mixed press in recent years but I believe very firmly that our members are well served by the kind of membership mutual our founding fathers envisaged in 1902 and that we continue to operate today.

Where do we go from here? Someone else has the responsibility to think about that but a few pointers. We need to continue to exert influence wherever we can to bring an element of practical realism to the level of damages being awarded. We need to encourage society to stop thinking that there must always be someone to blame. We need to keep under control the costs associated with medical and dental regulation, and most of all we need to recognise, and say loudly, that 99.9 per cent of doctors and dentists are doing their very best every day, often in difficult circumstances, and that we will be there to assist, support and represent them where necessary.

Very best wishes to all at MDDUS – members, staff and directors.

Professor Gordon Dickson is the retiring CEO of MDDUS 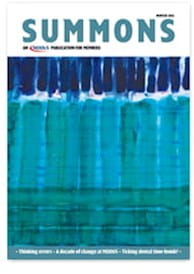