COLORECTAL cancer is important because it is the second most common cause of death from malignant disease in the UK.

Approximately 35,000 new cases are diagnosed each year. Despite this, an individual general practitioner would expect to diagnose, at most, only 1-2 new cases of colorectal cancer per annum. This poses a clinical dilemma for practitioners because they see numerous patients with large bowel symptoms that are not due to cancer.

Further, the numbers of these ‘worried well’ patients has increased rapidly as a consequence of several highly publicised large bowel cancer awareness campaigns. The difficulty, therefore, for the GP, is to select those patients with large bowel symptoms who should be sent for urgent investigation, having regard for the fact that if all patients are sent then the service will be overwhelmed. The danger of having a policy of selection, however, is that a patient with colorectal cancer will be missed inevitably resulting in litigation.

In order to develop a strategy for referral it is important to have an understanding of the symptoms that may arise from colorectal cancer. These are site specific. Patients with rectal cancer classically present with tenesmus and/or rectal bleeding. Patients with sigmoid cancers have altered bowel habit (alternating constipation and diarrhoea) with a tendency to looser stools, while right-sided cancers produce no gastrointestinal symptoms and most commonly present as a palpable mass or anaemia. This is because the right colon is wide and the intestinal content is fluid.

The most diagnostically difficult symptom for the general practitioner is arguably that of rectal bleeding, because it is common and, in isolation, is rarely caused by bowel cancer. In a recent study of over 1000 patients sent to hospital with rectal bleeding alone, only 3% proved to have a cancer. The situation is complicated, however, by the converse fact that, of all patients with left-sided colorectal cancer, approximately two-thirds report rectal bleeding as a principal symptom.

Age is also important and potentially helpful in determining the degree of risk of a patient having colorectal cancer. Only 1% of all large bowel cancers occur under the age of 40; 4% of cases occur in the age range 40-50. After the age of 50, however, the risk rises rapidly.

Given these difficulties how then should the busy, beleaguered practitioner respond? The solution lies in distinguishing high-risk from low-risk patients.

The following patients are at high risk of colorectal cancer and should be referred for urgent investigation:

Patients under the age of 50 years are at relatively low risk. It should be noted however that low risk does not mean NO RISK and it has been the authors’ experience that the failure to diagnose a colorectal cancer in the young patient is likely to lead to litigation.

The recent guidance from the Bowel Cancer Advisory Group at the Scottish Executive is that it is acceptable to adopt a ‘watch and see’ policy for a period of 6 weeks in patients under the age of 40 who complain of a change of bowel habit since in most cases the symptoms will be self-limiting. It is important, however, that arrangements are in place to review the patient, or that clearly documented instructions are given for the patient to return if the symptoms persist. An important exception to this policy applies to the patient with ‘bloody diarrhoea’ since this may indicate the presence of acute inflammatory bowel disease. These patients must be sent urgently since it has been shown that any delay in commencing treatment adversely affects disease progression.

Finally, there are a large number of patients under the age of 40 who complain of bright rectal bleeding at stool but have no change in bowel habit. These patients do not require urgent referral to a specialist but it is important that a definitive diagnosis is made in due course. This is likely to require that, as a minimum, a rectal examination and sigmoidoscopy are performed. Again a ‘watch and see’ policy for 6 weeks is acceptable although the practitioner may come under pressure from the patient to provide a definitive diagnosis or to provide treatment to stop the bleeding.

It should be noted that these are simply guidelines which may be of help to the busy practitioner. In the event, however, that the patient is unduly anxious or the practitioner has any concerns then it is better to “err by sending the patient for investigation” than to miss a cancer.

The most common cause of litigation arises from the failure to refer a patient with high-risk large bowel symptoms and to provide inappropriate reassurance. This can cause the patient to ignore ongoing symptoms for months and in severe cases for over a year. In this circumstance, the pursuer/claimant invariably can obtain expert opinion to support a claim for breach of duty.

Another relatively common cause of a claim for breach of duty relates to the failure of the practitioner to perform a rectal examination in a patient who subsequently proves to have a rectal cancer. The evidence for this has recently become confused with reports questioning the value of rectal examination in general practice. The present situation may be summarised as follows. In the event that the practitioner has decided upon urgent referral to a specialist then rectal examination is unequivocally unnecessary. In the event that a ‘watch and see’ policy is adopted, however, then for the moment it is probably safer to persist with the use of rectal examination since the majority of expert witnesses appear to be of the ‘old school’.

Despite a claimant successfully proving breach of duty it may be possible to defend a case on the basis of lack of causative consequences. This usually applies to the situation when disseminated disease has been identified and it can be argued that this would have been present even if the diagnosis had been made sooner and later referral would not have caused a deterioration in prognosis. The longer the time interval for the delay in diagnosis, however, then the less likely it is that such a defence will be successful. Further, improvements in treatment of disseminated disease, including hepatic resection, have also limited such a defence. 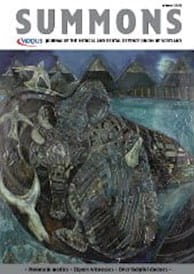