A 10-month-old child – Mary – is brought to the GP surgery by her mother Ms B. They are seen by Dr K who establishes Mary has a three-day history of fever, vomiting and diarrhoea. Mary is also off her food and drinking only half her usual milk intake.

Ms B says Mary’s temperature peaked around 38.6 but has settled with paracetamol. She is passing urine with wet nappies. Ms B also reports that Mary is teething and recently developed a runny nose, sneezing and a slight cough but has had no difficulty in breathing.

Dr K examines Mary and records a temperature of 37.4, heart rate 140 and respiratory rate of 34. She appears bright and alert, with normal hydration and good skin colour and no sign of rash. Chest is clear on examination and abdomen is soft with no discomfort. Dr K does note slight redness in the throat but no tonsilitis, and her ears appear normal.

A viral infection is diagnosed and Ms B is advised to maintain fluid intake and to give Mary paracetamol and/or ibuprofen as per dosing recommendations. Dr K advises Ms B to return to the practice or an out-of-hours centre should Mary develop worsening symptoms, including uncontrolled fever, rash, reduced fluid intake, lethargy – or if there is no improvement within the next two days.

Three days later Ms B returns with Mary to the surgery. She reports the child is no better, having vomited twice this morning with persistent diarrhoea. Her temperature is elevated though responsive to paracetamol and she is still off her food and bottle feeds. Mary again appears bright on examination and is afebrile and hydrated.

Dr K advises Ms B to persist with symptomatic treatment and fluid intake and reassures her that Mary should be better in another few days – but he repeats general safety netting advice.

Two days later, on Sunday morning, Ms B takes Mary to a local urgent care centre. The examining GP records that Mary is lethargic with a temperature of 39.6 but her chest is clear with no obvious respiratory symptoms. The GP instructs Ms B to take Mary to the hospital A&E.

Later that day Mary is admitted to a paediatric ward and initial blood and urine tests suggest a diagnosis of urosepsis, which is subsequently confirmed on culture. She is treated with parenteral antibiotics and discharged five days later.

A letter from Ms B is sent informing the practice of Mary’s stay in hospital. She highlights her daughter’s prolonged suffering and her own anxiety, and questions if this might have been avoided if Mary’s urine had been tested at the surgery. She states her motivation for writing is to ensure no other parents have to go through a similar ordeal.

Dr K drafts a letter of response and emails MDDUS to ask for advice on the wording.

An MDDUS adviser reviews the letter and provides some initial feedback. She recommends that it may be more appropriate for the response to come from a designated complaints handler, as this will demonstrate that the practice has undertaken a comprehensive and independent review.

A revised draft response is prepared by the practice manager incorporating Dr K’s comments. The PM first expresses regret for what happened to Mary and states that the practice welcomes feedback on the care it provides – and that it takes patient concerns seriously as important opportunities to learn and improve.

The PM makes clear how the incident was investigated and restates her understanding of Ms B’s concerns – in particular why Mary’s urine was not tested at the practice. The letter provides the details of Dr K’s management as set out in his comments and the patient records. It explains that a urine test was not undertaken as Dr K reasonably suspected a viral respiratory infection, given that Mary had a red throat and runny nose – and his assessment and management was based on NICE traffic light guidelines for infection in children.

The PM further states in the letter that Mary’s case has been the subject of a “significant event” discussion at a recent practice meeting. The staff have agreed the need to be extra vigilant about potential UTIs and to consider urine testing, especially in cases with no obvious source of infection and with symptoms that appear more prolonged and severe than would be expected with viral/respiratory infections.

Ms B later acknowledges the letter and states that she is reassured by the detailed response. 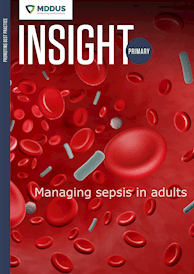