...Immediate surgery around the time of the first consultation would not have made a difference to Mr K’s long-term prognosis, as (on the balance of probabilities) the tumour would still not have been completely resected given its diffuse nature.. 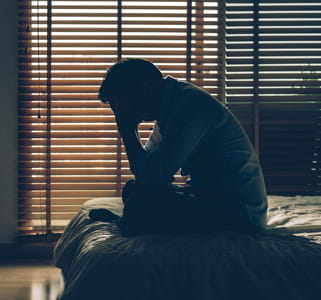 Mr K is a 34-year-old salesman and attends his local surgery complaining of episodes of faintness and a “bad taste in his mouth”, accompanied by a racing pulse. He mentions a history of epilepsy in the family. The GP – Dr A – finds nothing abnormal on examination, and in the patient notes he speculates on the possibility of reflux triggering the tachycardia. He prescribes omeprazole.

Mr K attends for follow-up and still reports having periodic “dizzy” episodes, sometimes two or three times almost daily. He also reports feeling unfocused at work and under significant stress, and this has led to low mood and inability to cope. The 24-hour ECG and blood tests have come back normal.

MDDUS acting on behalf of Dr A commissions reports from an expert GP and a neurosurgeon.

The expert neurosurgeon offers comment on causation (consequences of any breach of duty). He advises that low-grade gliomas are usually managed conservatively by way of surveillance, but even immediate surgery around the time of the first consultation would not have made a difference to Mr K’s long-term prognosis, as (on the balance of probabilities) the tumour would still not have been completely resected given its diffuse nature.

The expert also disputes the claim the tumour progressed from grade 1 to grade 2 as a result of the delayed diagnosis. In his view a tumour of that size would have been present for years prior to onset of the simple partial seizures – given the slow growth of grade 2 astrocytomas.

A letter of response is sent to solicitors representing Mr K acknowledging breach of duty but asserting that clinical negligence is not proved as causation has not been established. Lack of causation in relation to the overall prognosis is later accepted by Mr K but he still maintains that there was clinical negligence in that the delay in diagnosis caused avoidable anxiety and suffering. 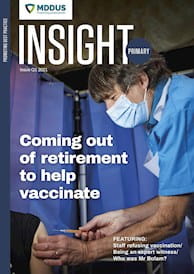