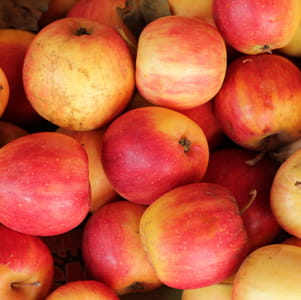 RECENT research looking at how and why professional wrongdoing occurs among healthcare providers concluded that not all doctors under investigation are simply “bad apples”. While this in itself is not particularly revolutionary, the researchers also considered the impact of social learning as well as the accumulated stresses and strains of working in a healthcare setting in producing and perpetuating misconduct.

What they found provides interesting food for thought and highlights the importance of a healthy, well-functioning work environment.

In 2017, Coventry University researchers examined more than 6,700 fitness to practise rulings relating to conduct (as opposed to capability or health concerns) issued between 2014 and 2016 by three regulators, including the General Medical Council (GMC).

The Professional Standards Authority (which oversees the nine regulators of health and social care in the UK, and funded the study) said the findings highlighted the “complex and subtle interplay between individual professionals, teams, workplaces, gender and culture.”

The study describes three different types of perpetrator: the self-serving “bad apple”, the individual who is corrupted by the falling standards of their workplace (a “bad barrel”), and the “depleted perpetrator” struggling to cope with the pressures of life.

The aim of the research was to consider the underlying cause of these wrongdoings and offer recommendations to assist employers and regulators to improve detection. With a focus on sexual boundary violations and dishonesty, the importance of this research is self-evident.

It is a well-known fact that the GMC will investigate thoroughly any concerns about a doctor’s personal conduct in relation to these two issues. The regulator provides specific advice to doctors about maintaining a professional boundary with patients as well as the importance of probity. More about this later.

Firstly, ‘bad apples’ are outliers whose actions are not the norm, often motivated by personal gain. They operate alone and are characterised by premeditated and strategic wrongdoing. Careful vetting should prevent these individuals from entering the profession, while disciplinary action will remove those unable to remedy their behaviour.

“Depleting barrels” arise when repeated stress and strain (such as ongoing exposure to trauma or lack of sleep through shift work) deplete an individual’s resources. This may result in a “diminished capacity to self-manage”, with subsequent misconduct a result of omission and error.

Finally, the researchers note the impact of the wider environment, including the influence of the culture and gender of doctors under investigation.

Interestingly, the study found that concerns about dishonesty and theft were the main reason for a fitness to practise hearing in relation to conduct, while of all healthcare professionals doctors were most likely to be investigated for sexual misconduct.

The report concludes with some recommendations, including more induction training for new doctors regarding employers’ expenses policies and more “acculturisation training… for non-UK trained staff to make UK cultural norms clearer.” It also recommends greater efforts to weed out so-called “devious individuals”, for example by systematic checking of qualifications and references, as well as suggesting employers assess the “moral values” of potential employees.

No doctor wants to get in trouble with the GMC and maintaining high standards of probity is one way to minimise risk. Being honest and trustworthy, and acting with integrity are the foundations of professionalism, and the GMC expands on these principles in its Good medical practice guidance.

The GMC states that doctors must not use their professional position to pursue a sexual or improper emotional relationship with a patient or someone close to them. In addition, doctors have a duty to act if they have concerns that a colleague’s actions are contrary to the principles set out by the regulator. Doctors must always act in the best interests of patients, putting aside any professional or personal loyalties. Indeed, while a doctor is also obliged to assist a colleague who is experiencing difficulty, patient safety remains paramount.

Doctors who have concerns that patient safety, dignity or comfort is at risk should read the GMC’s guidance Raising and acting on concerns about patient safety. This explains that doctors will be able to justify raising a concern if they do so honestly, on the basis of reasonable belief and through appropriate channels, even if they are mistaken.

The GMC reminds doctors of the importance of being medically fit to undertake clinical work. If you believe that circumstances or conditions in your workplace are affecting your health, you have an obligation to seek appropriate support, whether from your GP or occupational health or from one of the various local and national services aimed at doctors.

Dr Greg Dollman is a medical adviser at MDDUS