Book Review: Where Does it Hurt? What the Junior Doctor did next

Book Review: Where Does it Hurt? What the Junior Doctor did next

AN 80-year-old heroin-addicted drugs mule, a teenage prostitute and a homeless man who thinks he’s God – not a typical patient list. But as junior doctor Max Pemberton learns on his first day at work in a homeless outreach project this is frontline care for some NHS staff.

He’s in FY2 and his career choice has taken him onto the mean city streets, fuelled by little more than curiosity, enthusiasm and plenty of cups of tea. Following his successful first book, Trust Me, I’m a Junior Doctor – based on his FY1 year on the wards – Pemberton reveals what he did next in a book that is funny and frightening in equal measure.

A mix of fiction and autobiography, this behind-thescenes account lifts the lid on the harsh realities of front-line patient care. Here, emotions swing from the hopelessness of fighting a rising tide of drug addiction and homelessness to the euphoria of changing even one patient’s life for the better. But the desperation of long hours and an impossibly low success rate is tempered by Pemberton’s wit. “Why couldn’t things be nice and simple like on Holby City?” he wonders while trying to figure out how to solve the problems of mentally ill Mr Allsop, a man who sleeps outside Tesco and is convinced he’s God.

His friends don’t approve but Max learns to adjust to the unpredictable nature of his new job as he battles to make a difference to the chaotic and shattered lives of his patients. He copes with being spat at and occasionally being mistaken for a tramp or a pimp, all the while struggling along under the watchful eye of the stickwielding, no-nonsense Sister Stein. His consultant, meanwhile, is the rather unorthodox Professor Pierce – a wild-haired man who looks more like a patient than a doctor.

Pemberton relays daily horror stories in a style that is both absurdly funny and well-observed. So will Max last out his year-long stint with the homeless or will the promise of boxes of chocolates from grateful patients that other medical specialties often enjoy prove too tempting? Based on his Daily Telegraph columns, Where Does it Hurt provides a sharp insight into the life of a junior doctor whose hopes of curing society’s ills are quickly tempered by the enormity of the problem he faces. 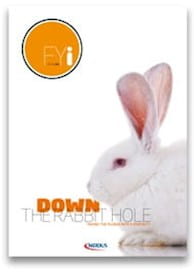