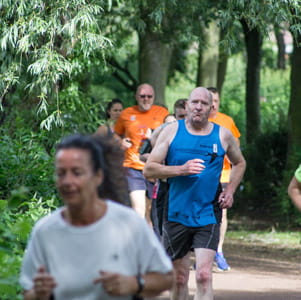 TRACEY Thom had decided to take stock of her life.

This was 2013 and she loved her job as a senior receptionist at Danestone Medical Practice in Aberdeen. Over the years, though, her weight had crept up to 20 stone and she felt now was the time to start thinking about how to change her unhealthy lifestyle.

"I started with diets and that worked well to begin with. Then my sister said to me; 'Look, Tracey, I think you need to do some exercise. Come and join me at parkrun on Saturday morning'."

Parkrun is an initiative that organises free, weekly 5km timed runs at over 850 locations in the UK and around the world, mainly in public parks, attracting over 140,000 runners each week. The events are coordinated entirely by local volunteers and are open to people of all ages and abilities. Participants can run, jog or walk the set course.

"I had done some netball at school as most girls do but had never done anything in the way of running,” says Tracey. "To be honest when I first went I was petrified. The thought of turning up somewhere new, everyone in lycra. I was the least likely person to be running."

But she did turn up at the Aberdeen seafront that Saturday morning in January 2014. "I walked and jogged the whole thing, out of breath most of the time. But the encouragement I got from everyone there was amazing. I could tell even from just the first day that it was for all abilities: from the fast runners at the front doing the 5km in 16 minutes to those walking at the back taking 50 minutes or sometimes over an hour to finish."

"From that day onwards it has been the one constant thing I do every Saturday in my week – and the friendships I have developed over the years have just been amazing.

"That was the catalyst for me to get into running. It was a few weeks before I could run the whole 5km. But eventually I was able to improve, get a bit faster, run a bit longer. That created an appetite to go further, so I started signing up for 10kms and then half-marathons." 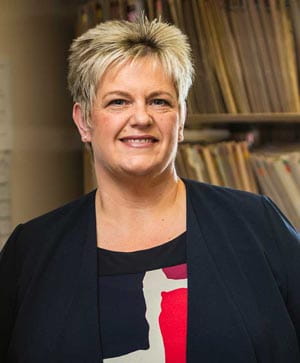 Parkrun has similarly transformed the lives of many people across the UK and last year this prompted The Royal College of General Practitioners and parkrun UK to launch a ground-breaking initiative that could see thousands of patients being "prescribed" outdoor physical activity.

GP practices are now being encouraged to develop links with their local parkrun and become certified 'parkrun practices' – signposting patients and carers to parkrun, particularly those who are the least active and have long-term health conditions.

Research published recently in the Journal of Epidemiology & Community Health found that sedentary lifestyles are linked to more than 50,000 deaths per year in the UK and a total cost to the NHS of around £0.8 billion in 2016-2017. Adults are recommended to get at least 150 minutes of moderate exercise or 75 minutes of high intensity activity per week to reduce the risk of chronic health conditions. An estimated one third of men and half of women do not achieve this target, and one fifth of men and a quarter of women are physically inactive – achieving less than 30 minutes of moderate activity per week.

Parkrun is seen as one potential means of encouraging patients to achieve more healthy active lifestyles. Professor Helen Stokes-Lampard, RCGP Chair, said: "Small, often simple, lifestyle changes can have a really positive impact on our health and wellbeing, so anything that encourages patients to live better, and move more is a good thing. Parkrun is a diverse, fun and free way of getting our patients up and moving about, and empowering them to make basic lifestyle changes in the best interests of their long-term health and wellbeing."

And the benefits extend beyond physical fitness, with parkrun offering isolated and lonely patients the opportunity to socialise, make friends and become part of a welcoming, supportive community. A recent report stated that loneliness could be as harmful to health as smoking 15 cigarettes a day and is linked to a range of damaging conditions such as Alzheimer’s disease, heart attack and stroke.

Tracey Thom recalls the impact of first taking up parkrun, not just personally but on others around her – patients and colleagues at work. "I didn’t really speak about it to begin with, but then people began to ask: 'What are you up to Tracey because it’s quite noticeable that you’re losing weight'. In a year and a half I was able to lose over eight stone – which was life-changing to be honest. I started telling my story, sharing my enthusiasm for parkrun with friends and colleagues and really anyone who would listen."

In the meantime she had taken up the job as practice manager at Danestone upon the early retirement of a devoted colleague. The practice has a list of around 5,000 patients in a suburb of Aberdeen – with five GP partners, mostly part-time. An email arrived one day from the RCGP announcing the launch of the parkrun practice initiative.

Says Tracey: "I replied to it right away and we applied to be a parkrun practice. A number of the partners were already runners. So they were happy for me to drive this forward.

"I was so proud. It’s a little thing but we were first in Grampian, third in Scotland, and twenty-fifth in the UK to sign up to be a parkrun practice and now there are over 700 in the UK. It really has taken off."

The RCGP provided a “toolkit” including details on how to become a parkrun practice and ideas to promote the initiative to patients, including posters and flyers, display information on waiting room video screens and online via practice websites and on social media, with links to "inspirational stories" on the parkrun YouTube channel.

Tracey contacted the run director at Aberdeen parkrun to discuss the logistics. "It was as much to alleviate any fears over what kind of patients were going to be referred. Is it going to be patients with triple heart bypasses or at risk of stroke? We reassured him that the people we would be signposting to parkrun would be medically classed as fit to do so – patients who could benefit by increasing their physical activity.

"I think one of the selling points is that it’s free. We are not suggesting that patients sign up for expensive gym membership. And also it’s a group activity. You’ve got other people there you can chat to and develop friendships with if you want to."

The initiative is still very much a work in progress and Danestone and other parkrun practices, along with RCGP, will be monitoring its effectiveness in improving health over the coming years. Parkrun ambassador for health and wellbeing, Dr Simon Tobin, recently noted that the average finish times for different parkrun locations are getting slower and he sees this as a positive thing. It means that parkrun is bringing in new participants that are less active and less fit, which is exactly what it is aiming to do.

Certainly Tracey Thom is in no doubt of the personal impact of parkrun.

"I think it has improved my confidence; certainly it’s improved my health. It’s made a huge difference to my life."