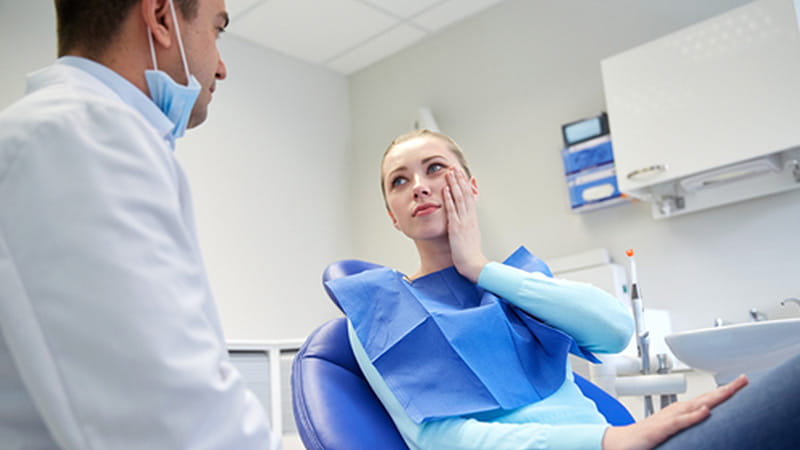 DENTAL abscesses tend to lurk within bone around the apices of infected teeth. They may be painful, but at least they’re usually not visible. Yet, for the unlucky few, an abscess can spread, resulting in a facial swelling. This can lead to a rapid and spectacular rearrangement of the patient’s classic good looks. Even more serious and alarming complications, such as respiratory embarrassment, are possible. That such incidents often lead to a complaint or claim is unsurprising, especially in cases where the onset of the swelling follows recent attendance to report symptoms or receive treatment.

It is striking how regularly this involves an allegation that the swelling was caused by the treating dentist’s failure (or refusal) to provide antibiotics. All things being equal, responding to this particular point can be quite straightforward – the use of antibiotics is heavily restricted, with best practice guidelines recommending that first-line management should, if at all possible, be drainage of dental infections. Usually this is achieved by measures such as extraction or endodontics.

Antibiotics should only be introduced where the assessment of the patient reveals, for example, lymph gland involvement or cellulitis. In the absence of these signs, the decision to withhold antibiotics is normally defensible. Arguably, it is this discouragement of reliance on antibiotics by dentists that actually helps to limit the incidence of severe facial swellings.

Honoured in the breach?

Yet if dentists reflect on this issue, many will admit (perhaps only to themselves) that they are guilty of departure from these same guidelines. It would be difficult to argue otherwise – published studies have confirmed the high rate of antibiotic prescribing by UK dentists.

The rationales for these decisions are many and varied. For example, some dentists firmly believe that dry sockets respond to metronidazole. Others will provide antibiotics to palliate an acutely painful abscess, thus allowing the patient to reflect on definitive treatment choices following a good night’s sleep. In the current climate, one is inclined to doubt whether these approaches would completely escape criticism. However, the ice becomes even thinner in other more commonly encountered scenarios.

In some cases the provision of antibiotics is simply a capitulation in the face of concerted patient pressure. The assertiveness and persistence with which some patients will seek a prescription never fails to astonish. It’s quite easy to empathise – there may well be a degree of reassurance to be derived from holding a prescription. Perhaps there is a genuine misperception that if the pills work, the expense, inconvenience and discomfort of dental treatment can be avoided. However, as the concept of patient autonomy flourishes in healthcare, there may also be a belief that the receipt of antibiotics is a "right".

Not so. Patients are entitled to consider treatment options, together with their benefits and material risks. This ethical doctrine is now enshrined in medical jurisprudence following the seminal ruling in Montgomery v Lanarkshire Health Board. However, this is not carte blanche for patients to demand whatever they please – clinicians still cannot be required to offer treatment which is contrary to good practice. In circumstances in which the treatment of dental infections by means of antibiotics is contraindicated, a prescription should not be included in the menu of treatment choices, irrespective of the patient’s wishes.

Another potential motivation for writing a prescription is expediency. Adherence to appointment timetables is an elusive art, especially on those days when dental "toothaches" have been shoehorned into already busy books. Logic dictates that many such emergency patients tend to be poor attenders. They are often anxious and delay treatment until the situation is dire.

Commencing an unscheduled discussion of the risks and benefits of endodontics versus surgical extraction (as well as non-intervention) in the middle of a busy session can be daunting and may trigger a panic attack (usually by the patient but sometimes by the dental nurse). Here the temptation to hand out a prescription without further (time-consuming and probably fraught) consideration of curative treatments may be irresistible.

The patient may be delighted at the time, but the relief provided by antibiotics is likely to be, at best, temporary. The recurrent symptoms are often – in the patient’s mind, at least – more severe and usually coincide with a wedding, job interview or Caribbean cruise. Paradoxically, the resulting complaint tends to focus on why antibiotics were prescribed. A gentle reminder that, on the day in question, time was at a premium is unlikely to garner much sympathy and, if the patient makes a claim, may be seized upon by solicitors as an indefensible consenting failure.

Montgomery acknowledges that there will be practitioners "…who are more hurried…" but maintains that these practitioners are "…obliged to pause and engage in the discussion which the law requires". It is anticipated that this "… may not be welcomed by some healthcare providers…" No kidding.

In the absence of systemic involvement, for example, reliance on antibiotics may be very hard to justify. As this message is recognised and accepted by the dental profession, we might expect the numbers of prescriptions to fall which, in turn, makes a contribution to the battle against the tide of antibiotic-resistant bugs.

Exception to the rule

There is, however, one small development which may buck this trend. Up until July 2016, NICE Guideline 64 included the unequivocal recommendation that antimicrobial prophylaxis against endocarditis should not be employed for patients undergoing dental treatment. This engendered significant disquiet, especially amongst at-risk patients who, prior to 2008 (when these NICE guidelines were first published) had always been advised to take prophylactic antibiotics prior to procedures such as scalings and extractions.

Certainly, the patients’ oft-expressed desire to take the standard dose of amoxicillin (assuming they weren’t allergic) was as profound as it was understandable. However, there were no exceptions to the NICE recommendations and the doctrine that patients cannot require treatments contrary to a clinician’s best judgement (invariably informed by authoritative bodies such as NICE) prevailed.

Yet this remained a controversial issue, with commentators pointing to the disparity between the position set out by NICE and the contrary views of, for example, the European Society for Cardiology. A degree of consensus was finally reached following the insertion (rather surreptitiously) of one word into the NICE guideline, which now states that "antibiotic prophylaxis against infective endocarditis is not recommended routinely for people undergoing dental procedures" (my emphasis).

It may be that this amendment was, to some extent, a consequence of the Montgomery ruling which provides that patients must be made "…aware of any material risks involved in any recommended treatment…" The "… test of materiality is whether, in the circumstances of the particular case, a reasonable person in the patient’s position would be likely to attach significance to the risk…"

Recognised bodies of clinical opinion (other than NICE) have been suggesting for some time that, for example, a dental extraction without prophylaxis for a high-risk patient may cause a recurrence of endocarditis. This is a particularly serious condition and it is likely that a high-risk patient would attach significance to that risk. Therefore, it may have been that Montgomery would have justified or even compelled the introduction of prophylaxis into the consenting discussion, even if NICE had not been revised.

There will undoubtedly be occasions in which the provision of antibiotics is clinically indicated. It is also possible that digression from prescribing guidelines could be justified by a coherent, scrupulously recorded diagnostic and consenting process. However, this is a hot-button issue which attracts plenty of publicity. It is therefore unsurprising that third parties, especially the GDC, will cross-reference the dentist’s antibiotic use and regimens with authoritative guidelines when considering complaints and reviewing records.

Patient expectations, complex diagnoses and time-limitations conspire to exert significant pressure on the beleaguered practitioner. However, the time-honoured tradition of reaching for the prescription pad when in a tight spot has had its day.

OVER 85 per cent of the UK population believe that A&E services are overused, while just over half agree that it is hard to get an appointment with a GP, according research carried out by The National Centre for Social Research.