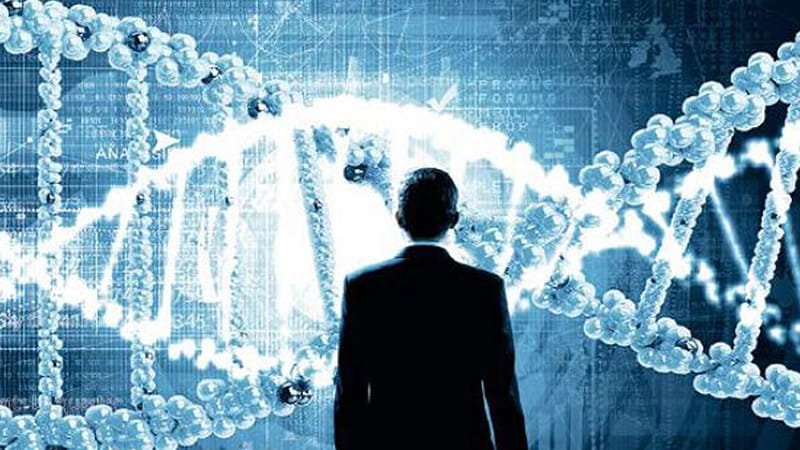 LAST week I had a splendid evening at The Crick Institute in London. It was an inspiring setting in which to record a programme for the BBC World Service – this glorious building with its chromosome-based design where one third of the space is underground.

The programme had the bold title ‘The Genomic Revolution’. The contributors were a researcher working in genetic oncology from The Crick, a clinician specialising in pre-natal genetics at Great Ormond Street, a remarkable woman whose husband had Lynch Syndrome, and me. The 800-person capacity auditorium was packed and the BBC told us that there was a long waiting list of would-be audience members. The interest in the event was extraordinary and humbling.

We covered a lot of terrain in the discussion. Conversation included exploration of the potential of personalised medicine, confidentiality and disclosure of genetic information within families, pre-natal screening, testing for conditions where, as yet, there is no treatment and the future of research in a post-Brexit Europe. The joy of public events is that the questions and comments from the floor are varied, unpredictable and wide-ranging.

Nonetheless, whatever the particular focus of the discussion or whichever specific question was being considered, there was for me a recurrent theme: what is it to make meaning out of a scientific development, a biomedical advance, a piece of clinical information or a diagnosis that potentially affects a family?

Much of ethics is concerned with solving a ‘problem’ or taking a stance (beautifully argued, of course). There is nothing wrong with that. Interrogating the moral dimension of a situation and offering a reasoned explanation for a decision are valuable functions for ethics. However, such an approach does perhaps obscure one of the most important aspects of ethics: its interpretative function.

The contested nature of ethics is one of the subject’s defining characteristics. An ethical question is one where there are multiple possible responses. Its core concepts, whether they be principles, theories, virtues, values or narrative-based, depend on interpretation. To respect autonomy is not only to allow for, but to require, an act of interpretation, i.e. to discern what matters to an individual. To make a consequentialist assessment of the acceptability of treatment is to weigh different possible outcomes often in the context of uncertainty. To behave with integrity is to make a judgement about what constitutes ‘integrity’ and how it translates into behaviours. To express a commitment to compassion requires an interpretation of what to prioritise in a clinical encounter with an individual. In adopting a narrative approach, a clinician is working with a patient to explore and create meaning. It is impossible to practise ethically without attending to interpretation and meaning.

Thus it was that at The Crick as the conversation shifted from existential questions about identity to heart-breaking individual stories of loss, the common theme was interpretation. Although we heard about awe-inspiring scientific discovery and breakthroughs, the meaning(s) of these apparently seismic shifts in our understanding and capacity to treat disease remained to be interpreted and negotiated. What’s more, despite the evident and exciting progress, it was apparent that there continue to be many unanswered questions.

In the midst of the changing genomic landscape that was the subject of the evening, interpretation endures. Good decisions about screening, testing, disclosure and treatment depend on what meaning an individual derives not only from the discrete piece of biomedical or genetic information, but on the implications of a diagnosis or intervention in the wider context of his or her life.

Ethical practice depends not only on a clinician’s willingness to act as a cointerpreter of information or options, but also on the capacity to acknowledge that it is an act of interpretation in the first place. And it is not only clinical practice that is an interpretative act. Even as we heard about the most basic of basic science from the glistening laboratories at The Crick, I was reminded of the many acts of interpretation that imbue scientific research. For example, what society and investigators choose to prioritise in research, what we do with negative or serendipitous findings, where we choose to locate research and with which populations we work, and how research is disseminated, interrogated and received.

The recording at The Crick promised the audience an insight into the ‘Genomic Revolution’ and I hope that they weren’t disappointed. They heard about developments that may indeed transform our understanding and future treatment of illness. However, I also hope that they reflected on the significance of meaning and interpretation that are the essence of ethical practice. Interpretation endures, even in ‘revolutions’.