For want of an apology 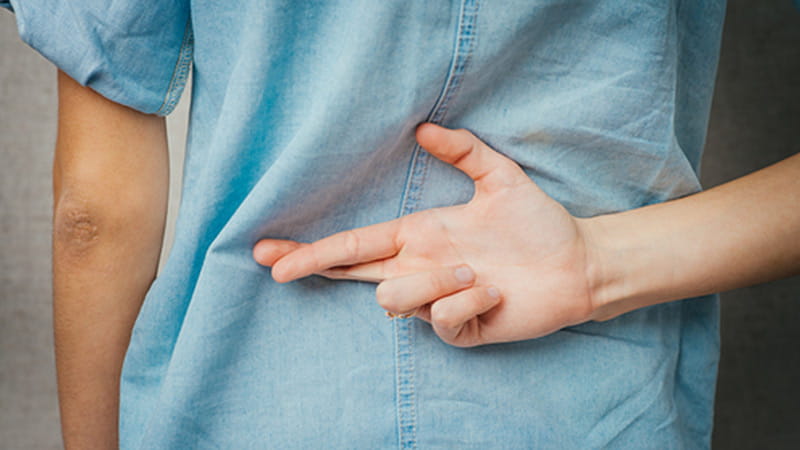 SORRY does indeed seem to be the hardest word – or so the Parliamentary and Health Service Ombudsman (PHSO) has said in a recent report on how well GP practices in England deal with patient complaints.

Based on an analysis of 137 closed complaint cases involving general practices, PHSO investigators found that the quality of complaint handling was rated as “Needs improvement” in 36 per cent and “Inadequate” in 10 per cent. In particular the review concluded that in a third of cases staff did not provide an adequate apology where appropriate, and the apologies offered were not always sincere.

This is all the more surprising given the host of recent legislative and professional measures requiring professionals to be open and honest with patients and to offer an apology when care or treatment goes wrong. In 2014 a statutory duty of candour was introduced applying to all healthcare providers in England and last year the GMC released new guidance on the professional obligation of all doctors to be open and honest with patients when mistakes are made that have compromised – or could have compromised – patient safety. The Scottish Parliament has also recently passed a bill with the aim of ensuring that an apology does not amount to an admission of liability and is inadmissible as evidence in certain legal proceedings.

Medical and dental defence organisations have also continually stated that saying sorry is not an admission of legal liability. Indeed, in our experience, a sincere apology can and does prevent a patient complaint from escalating further, and saying sorry should not be viewed as a sign of weakness. In fact, most times it is the right thing to do and a genuine apology may be all that a patient wants.

So what does the PHSO consider to be a sincere apology? In the report it found that practices responding to complaints often used the phrases: “I’m sorry but” or “I’m sorry if ”. While these convey an apology of sorts, it is often a very qualified one. An example cited in the report is where a practice manager apologises that she might have been “perceived” as being rude or dismissive but goes on to defend her poor attitude as a “human frailty” which everyone can be guilty of. “An apology like this, which contains a caveat, is less meaningful and valuable.”

Establishing trust is about listening and understanding, while not necessarily agreeing.

In healthcare, there is a plethora of charters, standards and promises, meaning that patients are better informed about their rights than ever before. Indeed, the GMC produce guidance on what patients should expect from their doctor. Understanding the situation along with the patient’s motivation in raising a complaint is important and, indeed, it may be that you or your team has got something wrong and an apology is deserved.

Saying sorry is unlikely to do any harm by itself, as long as it is delivered in a sincere and appropriate manner. Once you have listened carefully and understood the nature of the complaint, a helpful opening gambit can be to express regret that the patient is dissatisfied, unhappy or upset. It can also help the situation to thank the individual for bringing the matter to your attention, again as long as this is done in a sincere manner.

Try to avoid any temptation to apologise for a colleague or on someone else’s behalf, or even worse to have someone else apologise for you. The danger here is that the complainer may feel that they are simply being fobbed off and end up even unhappier than before.

An initial apology can help establish empathy, which is important in building trust and rapport. Establishing trust is about listening and understanding, while not necessarily agreeing. Resist any temptation to collude with the complainer. This may seem like an attractive option in handling a face-to-face encounter, especially if the complainer is angry, but may only be storing up trouble for later.

Dealing with a verbal complaint face-to-face can give you little time to think over an appropriate response. First expressing regret can help defuse the situation. Your job now is to try to gain an understanding of how the complainer feels and what it is that they want to achieve. There are several recognised techniques which can be employed at this point:

Consider your body language. This should be open without appearing too casual. Non-verbal communication is an important aspect of any face-to-face encounter, especially where any conflict exists. Is your body language facilitating discussion or is it acting as a barrier?

Demonstrate that you are not only hearing what they have to say, but that you are also trying to understand their complaint or concern. This can be improved in conjunction with positive body language by small nodding movements or vocal encouragement and appropriate use of questioning.

Explore further. If you do need to intervene and explore further to gain better understanding, then consider your question construction:

These types of questions can also be used effectively to sum up what has been discussed with the complainer. It can be very helpful at this stage to clearly state what you intend to do next and gain an acknowledgement that the complainer understands the process.

Manage your anger. In a face-to-face encounter the complainer may be frustrated or resentful, which is manifested as anger. In such a conflict situation, it may be difficult to alter our own opinions, especially if we are feeling intimidated and stressed ourselves, but we can choose our behaviour. Meeting anger with anger as a strategy can sometimes work, by forcing the other person to “back down”; however, this is a high-risk strategy which would be extremely difficult to justify in any professional context.

Try to avoid getting “sucked into” an argument and taking things personally. This is difficult if you feel your own actions or those of the service are being called into disrepute.

Try to remain objective. Resist any temptation to raise your voice in anger to match the aggressor. You can, however, use the tone of your voice to convey a sense of increased concern and try to “match the energy levels” of the complainer. Conversely, remaining overly calm and even-toned in the face of hostility could be interpreted as you being unconcerned and disinterested about their complaint.

Consider the setting. If you are dealing with a complaint face-to-face think about where it is taking place. A reception area will likely involve an “interested audience”, so it may be better to move the discussion to a more private area. However, there are risks associated with this as well. What is your physical position and that of the complainer in the room? Do you both have clear line of sight to an exit route? Sometimes when people are emotional they may feel trapped or cornered and their instinct may be to escape. You do not want to be in a position where they are going to have to “come through you” to achieve this. Likewise, you should also be prepared to leave if you feel that your own personal safety is under threat. Can you get to the exit unhindered? If you become trapped and can’t leave, can you summon assistance?

Remember to finish with a final apology. You will hopefully now have a complainer who doesn’t simply view you as the enemy or a part of the “establishment”, and you will now have sufficient information to move on to the next stage of complaint management – the investigation.

WHAT are your professional responsibilities in providing routine healthcare in a primary care setting where service demand and modes of delivery are drastically different?