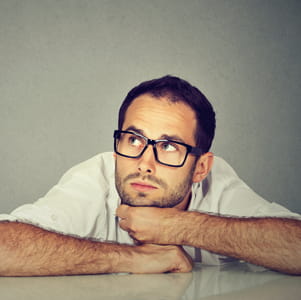 THE death of Jack Adcock at Leicester Royal Infirmary was a tragedy for all concerned: the devastating loss of a son for the Adcock family and a gruelling seven-year ordeal for one of the doctors involved in his care, Dr Hadiza Bawa-Garba. Criminal and regulatory decisions made following Jack’s death have had wide implications for the medical community as a whole, particularly around reflective practice.

On the incident date – 18 February 2011 – Dr Bawa-Garba was the most senior paediatric junior doctor on site at Leicester Royal Infirmary. She had just returned after 14 months of maternity leave. The lead consultant was off-site and the paediatric team were three doctors down. Patients were on six wards over four floors. The computer system was down, resulting in delays in obtaining test results.

Jack was referred to the Children’s Assessment Unit by his GP. He had Down’s syndrome and a hole in the heart. On admission he was unresponsive and limp with a history of diarrhoea and vomiting, shallow breathing and slight cyanosis of the lips. Jack was suffering from pneumonia and sepsis, but the diagnosis was never made. Later that day the sepsis caused heart failure, but there was a delay in resuscitation as Dr Bawa-Garba mistook him for another patient who had DNACPR in place. However, this had no impact on the outcome and Jack sadly died at 21:20.

The hospital’s serious incident (SI) report made 23 recommendations and identified 79 actions to be taken but identified no single root cause.

In November 2015, Dr Bawa-Garba and agency nurse Isabel Amaro were prosecuted for gross negligence manslaughter (GNM). The jury found that Dr Bawa-Garba had made a significant number of errors that were “truly, exceptionally bad”. Both Dr Bawa-Garba and nurse Amaro were convicted and received two-year prison sentences, suspended for two years.

The judge commented that: "There was no evidence that either of you neglected Jack… You both had other patients to attend to. The problem was that neither of you gave Jack the priority which this very sick boy deserved and, in your case (Dr Bawa-Garba) you were falsely reassured by the apparent improvement in Jack’s condition from the treatment which you did give him."

The judge also noted: "yours was a responsibility shared with others".

In June 2017, the Medical Practitioners Tribunal (MPT) found that Dr Bawa-Garba’s fitness to practise (FTP) was impaired and she was suspended for 12 months. The GMC appealed to the Divisional Court and in January 2018 the court substituted suspension with erasure. In August 2018, the erasure was overturned by the Court of Appeal who referred the case back to the MPT for the suspension to be reviewed. Whilst they acknowledged that there are some cases where erasure is the only proper sanction, this was not one of them.

Following the criminal trial there was a media storm which heightened after the Divisional Court’s decision. Doctors were concerned about the appropriate use of reflective materials in court proceedings and there were other concerns, including prosecution for GNM in a healthcare setting and the power of the GMC to appeal decisions. Subsequently, two reviews were commissioned: the government’s Williams Review and the GMC’s Hamilton (formerly Marx) Review.

It’s a popular misconception that Dr Bawa-Garba’s reflective journal was used at her criminal trial. Both her defence organisation and the Crown Prosecution Service confirmed that this was not the case, and neither the journal nor her appraisal are mentioned in the MPT decision. We now know that evidence was given during the criminal trial in support of Dr Bawa-Garba by her supervisor, Dr Cusack, which referred to her reflections.

In the midst of the Bawa-Garba proceedings, LMCs (local medical committees) lobbied the BMA to formally state that doctors should refrain from reflective practice. However, the GMC were quick to respond, issuing a formal statement warning doctors that they risk jeopardising revalidation unless they actively engage in reflective practice.

The Williams review has recommended that the GMC should not be able to request reflections in FTP cases. Currently, the GMC does have power to apply to court for an order for specific disclosure, although the GMC has now confirmed it will not compel disclosure of doctors’ reflections. Unfortunately this does not extend to clinical negligence claims against doctors.

Guidance on reflective practice (The reflective practitioner) has been published by the GMC, the Academy of Medical Royal Colleges, the Conference of Postgraduate Medical Deans and the Medical Schools Council. Key points in the document include:

In which type of proceedings are reflections disclosable?

Civil proceedings. Reflections are disclosable if they are “relevant” and either support or adversely affect a party’s case. Therefore, care needs to be taken when writing in a reflective journal. Anonymisation has to comply with the ICO’s definition which means that reflecting on a specific incident is likely to be disclosable. A reflective piece would only be protected from disclosure if it is suitably generic and cannot be traced back to the patient or incident in question. The focus should be on learning rather than writing at length about the incident and what has gone wrong.

GMC proceedings. The GMC has confirmed that it does not request reflective notes. However, it can be helpful for doctors to submit them to show insight. The balance between being insightful yet minimising the risk of reflections being disclosed in any concurrent civil proceedings is a fine one. If advised by your medical defence organisation, apologise and accept errors early on notwithstanding any systems failings which can be used in mitigation. Write reflections early on and throughout the proceedings, e.g. after attending remedial training courses to reflect on learning points. In the wake of Dr Bawa-Garba’s case, the GMC has confirmed that it will not require disclosure of doctors’ reflective records as part of any fitness to practise proceedings, and the Hamilton review is looking at the possibility of introducing legal privilege for all reflective records so that doctors cannot be compelled to disclose them.

The Hamilton review will be published early next year offering greater insight. The GMC also recently announced that its investigators are to be given human factors training to "ensure that context and systems issues are always fully taken into account". This is welcome news, as is Sir Robert Francis QC’s recent evidence to the Health and Social Care Committee. It has often been felt that doctors are left to stand alone when things go wrong but the former Chair of the Mid Staffs Inquiry has called for senior NHS managers to be held to account in the same way as their doctors and nurses when systems failures lead to medical error.

At the end of a long and difficult journey for Dr Bawa-Garba and the Adcock family, it seems that change is on the horizon.