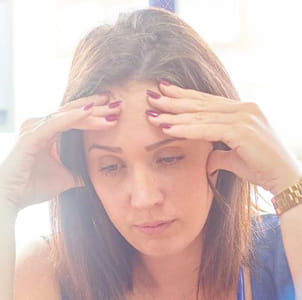 IN today’s NHS, patients are encouraged to complain about the service they get from their doctor when they are dissatisfied and, not surprisingly, the number of complaints received by the NHS is reported to have increased by five per cent in the last year alone.1 Patients seem to be more demanding than ever of their 'wants', which can often be in conflict with their 'needs', and the doctor has precious little time (or emotional energy) to explain why, for example, a referral for a gastroscopy is not the right investigation, or another MRI scan will not find the cause of their unexplained pain.

Whilst complaints might be difficult for patients to make, they can also be very hard for doctors to accept. Complaints therefore have two victims: the complainant and the doctor. The complainant in each case has a tried and tested framework which all parties (managers, clinicians, system) have to follow (in terms of time for response, who responds, what the response should contain and so on). The doctor about whom the complaint is received has no such framework. They are instead left to the vagaries of their employer or organisation, adding anxiety to an already anxious situation.

Sometimes the doctor is very much kept in the dark. A complaint can take months or even years to pass through the various processes, leaving the doctor caught in the middle of a confusing matrix of fear, uncertainty and anxiety. For more serious complaints, delays are inevitable – time is needed to prepare a response, gather information, seek expert views and so on. But the anxiety caused by the time taken for resolution adds to the emotional toll on the doctor.

Many doctors (who, after all, are perfectionists) may feel a complaint to be personal, an attack on their core sense of self and on their vocational values. A doctor's response to a complaint is often similar to the stages of bereavement and it can be deeply painful, both physically and emotionally. Doctors have described receiving a complaint as similar to receiving a diagnosis of a terminal disease. Others have said that the complaint is felt with such force that they literally feel a heavy weight on their chest wall, or tightness in their throat.

Following shock there is a stage of denial ("this can’t be happening to me"), often closely followed by anger, shame, fear and, in fact, a host of terrible and probably unfamiliar emotions. Most doctors experience a sense of isolation – erroneously feeling that they are the only ones who have ever had a complaint. After these stages, resolution hopefully follows, made easier if the complaint is handled professionally and where there is support by a medical defence organisation, family or colleagues.

For some, though, there is a prolonged grieving phase, especially so if the complaint is not addressed kindly, compassionately and in a timely manner, and if the complaint is escalated through regulatory or disciplinary processes, or as so often happens, both. Research by Bourne et al2 has shown that a complaint increases the chances of further defensive action, depression, anxiety, suicidal thoughts and sadly even suicide. They found that doctors who have had a complaint are 77 per cent more likely to suffer from moderate to severe depression than those who had never had a complaint.

In 2012, the GMC found that there were high rates of suicide among doctors going through their processes3, and whilst correlation does not mean causation, their findings must nevertheless be taken seriously. At the NHS Practitioner Health Service (PHP), a service I run for doctors and dentists with mental illness, we found that of those doctors who had died, the majority were involved with GMC issues. Amongst living PHP patients, the GMC is involved in around 10 per cent of cases, compared to 11 out of 21 (52 per cent) of patients who have died and nine out of 16 (56 per cent) of the patients who died from accidents, suicide or overdoses.

What should you do when a complaint lands on your desk? First and foremost, do nothing. Do not respond, do not fire off an email or write a letter to the patient, even if pressurised by your employer/trainer or colleague. Do not rant and rave (not publicly anyway). If you can, take the rest of the day off. If not, organise to meet someone you trust, soon. There are deadlines to meet, processes to follow but they can wait till tomorrow or next week.

Nothing need be done on the day of the complaint. Everything can wait until the first waves of shock have passed. Following on from this, speak to someone. A complaint (especially if potentially serious) will leave you shocked. Try not to be alone. A problem shared really is a problem halved, and at the very least will help add balance to the complaint as well as practical help in how to deal with it.

Talking allows for perspective. Complaints are common. Most complaints are handled informally and even those which are not have good outcomes. Whilst complaints hurt, they do get resolved (even if the resolution is not entirely to your satisfaction). At the earliest opportunity, contact your medical defence organisation (even if the complaint is trivial), talk to colleagues, your family, practice manager, support group, the practitioner health service, the BMA doctors’ support service and/or local medical committee representative (if you are a GP). Do not suffer in silence.

Finally, try not to take the complaint personally. A complaint does not mean you are a bad doctor. It does not negate all the good work you have done in your life. It does not make you a bad person. Remember, each one of us at some point in our career has had at least one complaint, and some of us many more. This is more about the system we are working in rather than any personal failing on the individual.

Dr Clare Gerada is a GP and former Chair of the Royal College of General Practitioners. She is also medical director at the NHS Practitioner Health Programme

A GP's faith dictates that gender is not fluid but biologically determined at birth. What are his obligations and personal rights in regard to treating a transgender patient?